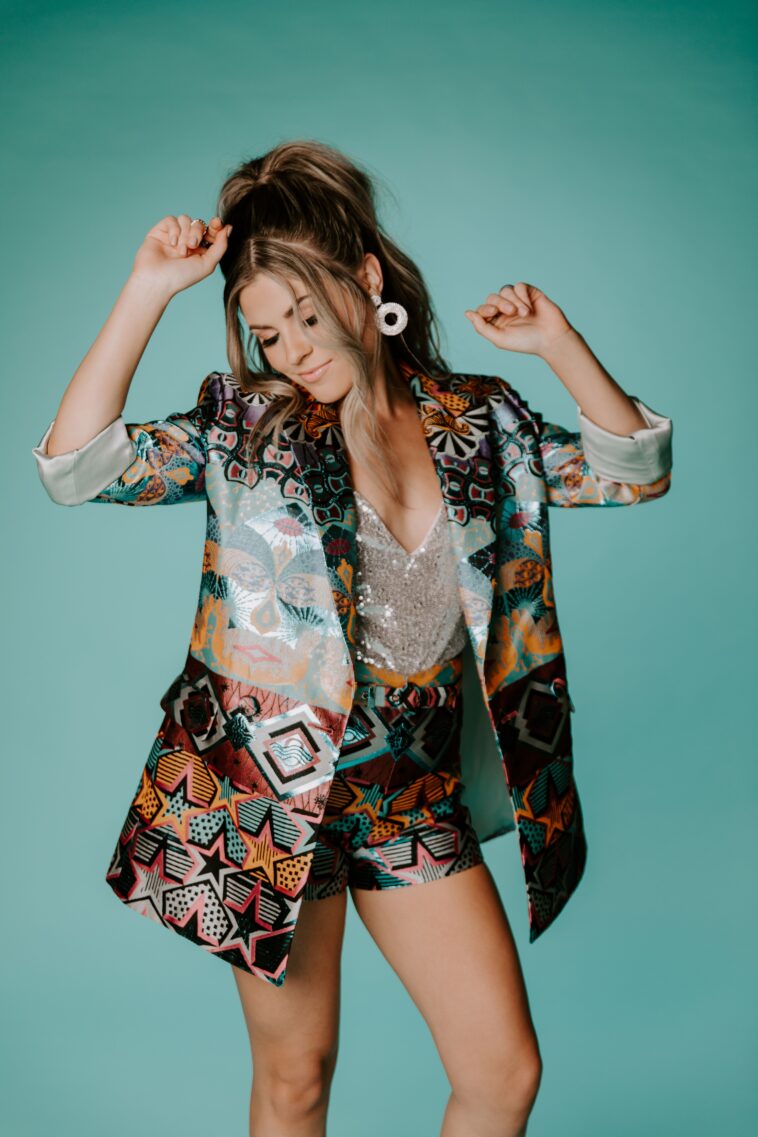 A whiskey on the rocks is exactly what singer and songwriter Tenille Arts requests in order to release nervous-getters before walking out on stage under the spotlight. The seasoned musician from small-town Weyburn, Canada has made a name for herself in music city with her truthful storytelling and astonishing vocal range.

You may know the breakthrough artist for her catchy chart-topping track “Somebody Like That” or for her frequent performances on ABC’s The Bachelor. The country star made her television debut in early 2018 when she sang her original song “Moment of Weakness” for Arie Luyendyk Jr. Although with the help of her loyal fanbase cheering her on, Arts returned to our Bachelor Monday night screens, to serenade fence jumping bachelor Colton Underwood and windmill leading man, Pilot Pete.

After receiving exposure on the hit-reality show and getting signed to a label, the female vocalist took her career to the next level and released her second album, Love, Heartbreak & Everything in Between. The 12-piece collection is a fine mixture of love and break-up songs – which includes “I Hate This,” “Call Your Names,” “Everybody Knows Everybody,” and more. In response to the positive feedback from the dynamic LP, her career quickly took off. Now, you can find Arts collaborating with prestigious songwriters in Nashville and sharing a stage with other leading names such as Reba McEntire, Scotty McCreery, Dylan Scott, and Maddie & Tae.

When Celeb Secrets Country sat down (virtually) with Tenille to talk about her fast-rising career, we asked her about her music-making experience in Nashville and what she has learned in such a short amount of time.

“I think for me, it’s just realizing how small the community is. Once you get your foot in the door, it’s small and everybody really does kind of know each other around Nashville,” Arts told Celeb Secrets in an exclusive interview. “Every time I run into an artist, they’re like – ‘oh yeah, you worked with this writer or producer.’ You just have to be nice to everybody and try to be super professional and be yourself. That’s probably the biggest thing that I’ve learned is just to keep those relationships going and rely on other women in country music,” she adds.

Following in the path and trusting influential women who have come before her is exactly what Tenille did, as she scored a spot on CMT’s “Next Women Of Country” list. Throughout the years, CMT’s predictions have been spot on and the alumnae include Kacey Musgraves, Maren Morris, Kelsea Ballerini, Gabby Barrett, and Hailey Whitters.

“As soon as I moved to Nashville, I remember hearing all about the CMT ‘Next Women of Country’ and I’ve been to a lot of their shows/ I’ve followed along with a lot of those artists. They go on to be the most well-known female artists,” says Tenille. “I was just super excited to find out that I was part of that and that I get to kind of share in that group of women. Carly Pearce, did her video for me, welcoming me into the CMT ‘Next Women of Country,’ and I just thought ‘ how cool is that! She took time out of her day to welcome me into this. I feel really lucky to be a part of that group of women and hope to learn and grow with them over the next year.”

Tenille shared that the class of 2021 has been busy getting together virtually and supporting each other’s ventures. “This year we just got to do a really fun Zoom hang, and I’m sure they are planning many more things over the next year to just bring us together and kind of build that community.”

While, the singer and songwriter had an eventful year so far, she is not letting COVID-19 affect her growth and reach as a musician. Therefore, she is taking her talents to the prestigious Grand Ole Opry come March 19 for the third time. During the interview, she expressed her excitement and feelings about performing on the iconic stage once again.

“I know that my nerves are going to be a little crazy, just knowing that I’m stepping back out on that stage, but I actually am thinking about throwing it way back to one of the first ballads that I recorded,” says Tenille in a happy-go-lucky voice. “We actually had a request from someone at the Opry for me to play a song called “I Can Do the Leavin’ and also the single “Somebody Like That.” I’m going to be practicing all month.”

We know Tenille will bring down the house, just like she did at the 2021 Country Radio Seminar (CRS) ‘New Faces of Country’ virtual concert, where she performed her recent released single “Give It To Me Straight.” “It was the first time I had ever sang that song, I hadn’t even really played it acoustically or anything and played it with the whole band. It was just amazing,” says the artist about her CRS performance. “It just felt natural to sing that song. I always get a little nervous before the high note, but performing it live was really fun.”

After capturing the attention of radio executives, managers, publicists, record label reps, and journalists at the New Face Showcase, Tenille shared that it felt like one step closer to normalcy in the entertainment industry. “It feels like we’re going to get back to live shows really soon and that just sparked a little fire in me.”

The flame inside of Tenille must be burning because the Canadian musician is currently nominated for an Academy of Country Music Award for “New Female Artist of The Year” alongside Ingrid Andress, Gabby Barrett, Mickey Guyton, and Caylee Hammack.

I truly can’t find a single morsel of chill. 🙊
Being nominated at the @ACMawards is beyond a dream come true. To be nominated alongside artists I admire so much is even better. Congratulations, @IngridAndress, @GabbyBarrett_, @MickeyGuyton, & @Cayleehammack!! 🥺 #ACMawards pic.twitter.com/InChb7JgQm

Make sure to tune in Sunday, April 18, and watch Tenille thrive during the ACM Awards. Also, don’t forget to view our full interview with her below and let us know what you think of her new hit “Give It To Me Straight” by either leaving a reaction at the bottom of the post or by sending us a tweet at @CS_Country. 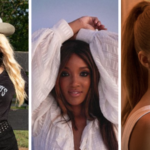 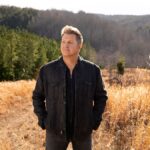