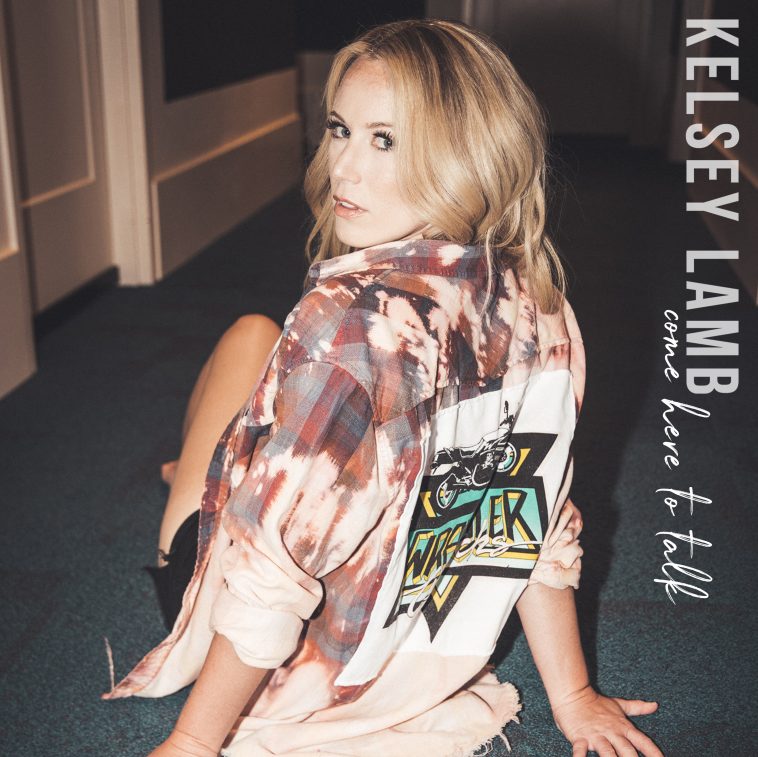 Little Rock, Arkansas native singer and songwriter Kelsey Lamb is known for her enchanting tunes and an emotionally transparent voice. However, the star-in-the-making has taken a different approach with her new single, “Come Here To Talk.”

This time, Lamb is singing what everyone is thinking and feeling during a challenging and draining breakup. The upbeat lyrics, the straight-forward message, and the low-key sexy inspiration behind the song is something we haven’t seen from this rising star yet.

While Kelsey is rolling into the new year with a diamond on her finger and a fiancé by her side, who happens to be co-writer Taylor Goyette, the country artist knew she had to create a track that would strike a soft spot for many individuals struggling with a broken heart.

“I just want my listeners to hear this song and feel understood and not afraid,” says Lamb. “I want people to feel like they have a safe space to come to when they listen to this song, and they can let down their walls.”

Despite wedding bells ringing in her corner – Kelsey, fiancé Taylor Goyette, and co-writer Joe Tounge entered the writing room, ready to reminisce on their past relationships and to leave everything out on the table in order to produce the relatable and authentic single “Come Here To Talk.”

In fact, the meaning of the track can be interpreted in several different ways. For Kelsey, it’s all about the internal battle of wanting to run back to your ex, even when it’s a terrible idea. However, when Goyette and Tounge sat down to pen the single, they imagined the storyline to be about a one-night stand.

No matter which way you decode the lyrics behind “Come Here To Talk,” the moral of the story is that you are never alone. Whether you are picking up the pieces of your broken heart or running back to your ex for comfort, Kelsey Lamb gives us that friendly reminder that these actions are nothing to be embarrassed about and that more people than you think are doing/ going through the same thing as you are.

Keep reading for our full Q&A with Kelsey and let us know if you included her new FIRE track “Come Here To Talk” to your playlist by leaving a reaction at the bottom of the post or by sending us a tweet at @CS_Country.

Celeb Secrets Country: Tell us about your engagement!

Kelsey Lamb: “Well, it happened right before Christmas. It happened here in Nashville at the Cambria Hotel, where we actually play a lot. We went and got massages for my Christmas present, and then he surpassed me at the hotel with the ring, rose petals, and the whole shebang.”

CSC: You are engaged to one of your co-writers, right?

KL: “Yeah! He’s written a lot of the songs that I released. When I first moved to Nashville, we met writing songs, which was a little over four years ago now. We started as co-writers, and then probably six months in, we became really good friends. After that, we started dating, and here we are now.”

CSC: Are you planning to have the wedding in Nashville?

KL: “We are getting married on October 2, 2021. It is going to be in my hometown of Little Rock, Arkansas. We are doing it in my parents’ backyard.”

CSC: Rumor has it that you are dropping your new single “Come Here To Talk” on Friday, January 29. How are you feeling?

KL: “I am so excited! With how weird everything was and how uncertain every release was last year, I feel comfortable this time, just excited and confident. I’m excited to be starting a new chapter.”

CSC: Can you share more information about your new single, “Come Here To Talk”?

KL: “I wrote this song with Taylor Goyette and my Fiencé Joe Tounge. We wrote this song during the quarantine. It probably took one zoom write and one in-person write to finish it. Joe and Taylor helped me bring the song to life.

We ended up telling the story of that moment that people don’t love to talk about. When you break up and run back to each other because it’s “comfortable” and you don’t want to be alone. It’s usually because you are not over the relationship, but you don’t want to get back together. I think a lot of people go through this moment after a tough breakup.”

CSC: All three writers had different ideas about the meaning behind the lyrics of “Come Here To Talk,” could you break that down for us?

KL: “It’s funny! I am very innocent and awkward. So, the way I look at it is the way I would be in the situation. It’s just like going to hang out, not to be alone, to be with the person that I can trust, and talk to about anything because that’s your best friend or used to be. However, the way they saw it was more of a hookup. I still don’t see it that way, but they did! I thought that was funny, how different girl’s and guy’s minds are.”

CSC: What was it like to co-write this song with your fiancé? Considering you mention breakups and one night stands?

KL: “It’s actually really easy to write together. We started writing before we ever got together. When we first started writing, I was going through a really weird relationship, and so was he. So, we wrote about the real stuff that was going on in our lives, and we just kept it up.”

CSC: Would you say “Come Here To Talk” was easy or hard to write?

KL: “It was pretty straight forward. It is just a letter.”

CSC: What do you want your fans to get out of this song?

KL: “I just want my listeners to hear this song and feel understood and not afraid, to be honest. I want people to feel like they have a safe space to come to when they listen to this song, and they can let down their walls.”

CSC: How is this track different from any other music you have released in the past?

KL: “I think it’s just a little bit sexier than before, depending on how you take the lyrics. I also think it’s a little bit darker. It pulls from my Avril Lavigne influence mixed with country, and I am excited about that.”

CSC: You are rolling into 2021 hot! Do you have any goals in place?

KL: “My main goal is to release as much music as possible. I wrote a lot during the quarantine. I have a lot of music ready to go and music I want to get recorded. My main goal is just to keep putting music out there and hopefully to gain new fans.”

CSC: Since we’re Celeb Secrets Country, could you share any secret projects in the pipeline right now?

KL: “Yes, probably my third release is going to be a duet with my fiancé. So, we wrote this song together with our friend Chris Perfetto. It is a breakup song, and it is very powerful vocally, which will be really cool because I don’t do a lot of that. This song will be coming out right before summer, but we don’t have a definite date.” 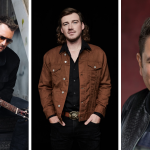