Maggie Rose and Post Monroe are hitting the road with Martina McBride for her Love Unleashed Tour this spring, along with special guest Lauren Alaina.

Alaina, Rose and Post Monroe were selected among CMT’s Next Women of Country roster, which will cross the country for its third annual tour in partnership with Martina’s 2017 Love Unleashed tour.

“We are so excited to include more artists from CMT’s Next Women of Country franchise for this tour,” said Leslie Fram, SVP of Music Strategy, CMT. “It’s a great opportunity for Maggie and Post Monroe to share the stage with Martina and have the opportunity to be on such an amazing tour!”

For more information or to purchase tickets, visit www.cmt.com or www.martinamcbride.com. Martina will offer VIP Experiences in select markets, which will include a meet & greet and Q&A session, exclusive autographed gift, premium tickets and more.

February 23, 2017
Indianapolis, IN
The Palladium 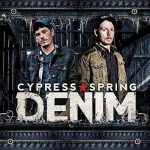 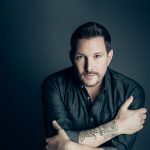