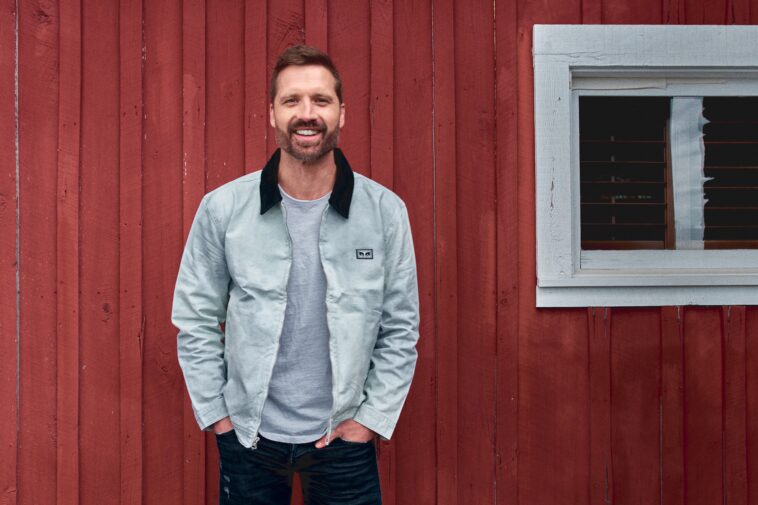 Walker Hayes wants you to know that no matter how successful he is in his Country music career, he’s still a normal guy from Mobile, Alabama that likes to do low-key things with his wife and six children — including having dinner at Applebee‘s.

The 41-year-old Country crooner dropped his viral hit “Fancy Like” earlier this year, and since its release, the upbeat song has skyrocketed to the top of the charts, earned rotation on multiple radio stations across the US and sparked a worldwide “Fancy Like” TikTok trend.

Featuring the fun lyrics “fancy like Applebee’s on a date night” with a “Bourbon Street Steak with the Oreo Shake,” fans literally headed to their local Applebee’s to participate in the #FancyLikeChallenge on the video sharing app. The funny thing is, however, Hayes said there was “no agenda” when writing “Fancy Like,” as he just wanted to share with fans that he likes to do ~normal people things~ with his family regardless of fame and a growing follow count.

“There was no agenda with this song; I was just telling the truth I always do,” Walker tells Celeb Secrets Country over the phone. I wanted to remind people that I’m just a simple guy; a typical family, simple man, and a fancy night for me and my wife is truly a date night at Applebee’s. And that’s where the song came from.”

After being approached by his team about joining TikTok, Hayes teamed up with his teenage daughter to create the #FancyLike challenge. The original video and super fun dance has over 26.6M playbacks and there are over 490K videos of fans doing the routine, which is something that no one — including Walker — ever expected.

“My daughter and I decided one Sunday to do a dance to fancy life.. it didn’t have a dance yet on social media, so we were just having a good time,” Walker shares. “And then all of a sudden, this video gets a life of its own that none of us predicted or could have predicted.”

Due to its wild popularity, the restaurant chain reached out to Hayes personally to put both the song and the dance in their latest campaign, which you can see on social media and on your television screens during commercial breaks from your favorite programs. The two different commercials showcase “Fancy Like,” along with videos of guests showing off their best dance moves.

“I’ve seen all the commercials, and I’m blown away by [Applebee’s] theme and creativity. I love how not advertise-y the commercials are. They’re merely a continuation of what the song and dance look like on TikTok, and it makes me smile all around. I think that’s what the world needs right now,” the chart-topping singer shares.

Walker and his daughter, who helped choreograph the dance, are featured in the commercials too; and according to Hayes, she’s been taking the new Internet fame pretty well.

“My daughter has a new shirt that says ‘TikTok Famous’ on it,” he laughs. “It’s her favorite shirt in the house right now.”

In honor of “Fancy Like,” Applebee’s is bringing back the beloved Oreo Cookie Shake for $2.99, a staple in Walker and his wife Laney’s date nights since they were teenagers.

“[The Bourbon Steak and Oreo Cookie Shake] are items that I would get on date nights with [Laney] since we were 17-years-old. We’ve been going out forever and we will go to Applebee’s forever; even if they hadn’t partnered with us or invited us to be a part of their family, we would still love Applebee’s,” he explains.

In addition to the Oreo Cookie Shake, the restaurant just launched new Summertime Sips. According to the brand, customers can “enjoy a citrus refreshment with the NEW Electric Lemon Crush – an invigorating Vodka Lemonade with a citrus spin made with Grey Goose Vodka, blue curacao, lemonade topped with lemon lime soda.” Or, they can “keep things sweet with the NEW Flamingo Crush; a delicious, frozen cocktail featuring Bacardi Superior with a flock of pineapple, peach, lime and cherry flavors.” To find your local restaurant to for a Fancy Like Date Night, visit Applebees.com/restaurants. To order Applebee’s To Go or delivery, visit Applebees.com or the Applebee’s mobile app (iOS, Google).

Check out the commercials below and let us know if you’re loving “Fancy Like” OR headed to Applebee’s for the Oreo Cookie Shake by either leaving a reaction at the bottom of the post or by sending us a tweet at @CS_Country. 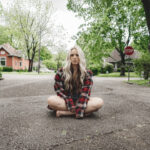 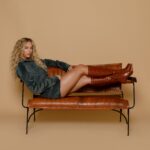