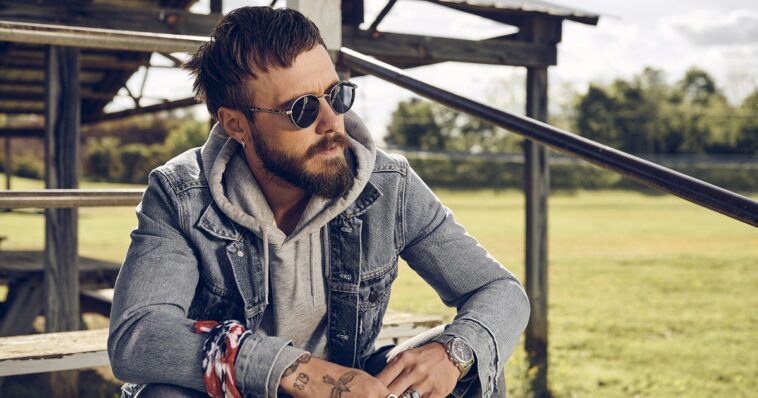 Elvie Shane‘s debut single “My Boy” made waves in Country music by finding a spot in the Top 30, and is a heartfelt song inspired by his own story of being a step-father to his wife Mandi’s 14-year old son. Since the release of the song, Shane and his wife have announced that they are expecting a baby girl!

In addition to expecting a baby girl this summer, today, April 23rd Shane is releasing his debut EP Country Roads and will celebrate by making his debut at the Grand Ole Opry.

“I’ve heard playing the Opry is like a religious experience so I’m a little nervous but have always felt some sort of kinship with the Opry because I’ve always had an intangible kind of relationship between rock n’ roll and Jesus—who better to understand that than the Opry!?” Shane said of his upcoming Opry debut, in addition to citing it as a full circle moment in his career, “Some of my earliest memories of music were singing hymns in church with my Mamma and watching the greats on the Grand Ole Opry with my Pops so it’s a really special moment for me to share the release of my first project where it kind of all began.”

Featuring his viral hit “My Boy,” County Roads will be fans first peak into the multi-faceted singer songwriter, who until recently had only released the tender ballad, written for his stepson. Across the six-song EP, Elvie will share his high-energy, larger-than-life personality and properly introduce himself to the world. With each song written, the truck driver’s son draws upon his blue-collar existence blending picture-based lyrics, grit, nostalgia, classic rock electric guitar, soulful vocals to make for an honest portrait of life in small town America.

We caught up with Elvie Shane to get to know more about his debut single and what is was like for him to make his debut as an artist during the global pandemic — full interview below! And keep in touch with Elvie on Instagram + YouTube + Spotify.

Celeb Secrets Country: We are so excited to talk to you about your single! Tell us a little bit about your song “My Boy.”

Elive Shane: “We wrote ‘My Boy’ back in 2016 and it’s been through a lot of ups and downs over the last five years to get it to where we’re at now. It’s inspired by a Facebook post a friend of mine’s mom had sent me that said ‘I don’t have a step-son, I have a son that was born before I met him’. I took that to a few of my friends, and I resonated with that being a step father myself, and 3 out of the 4 of us that wrote it could identify with the song somehow. We tried to tackle that bear that night; that night we set out to try and write something that mattered. That topic got brought up and it turned into 4 grown men on the back porch having a few brewskis and hugging each other and here we are.”

CSC: And you premiered the song during the pandemic and it has been very successful on The Highway, TikTok, and YouTube — the official video has garnered over 2 million views. How surprised are you that fans have resonated with the song as much as they have?

ES: “What’s been crazy to me is seeing how many different kinds of people, and people in different situations, have been able to relate to the song. The step-family thing was kind of a given to me but we’ve had people from foster families, adopted families…I’ve had a surrogate mother come up to me after a show one time and tell me how much the song touched her. One of the craziest ones was when this guy reached out to me and said, ‘you know, me and my ex-wife don’t get along really well but the man that she ended up marrying after our divorce is that to my son when I’m not around, so I sent that song over to him’. I thought that was one of the most powerful ways I’ve seen the song been used.”

CSC: As an artist, you kind of debuted during Quarantine; you began your virtual radio tour and you released your debut single. How has that experience been with you trying to get out there and promote your music and keep in touch with fans without being able to tour?

ES: “Well, debuting in the middle of a global pandemic was obviously never the plan, and to be honest I was always kind of nervous about putting this song out first anyway just in relation to the other music, but I was looking at it from an odd standpoint. All of this music is somehow me; for this particular song the team at BBR was really adamant about putting it out first and then when Quarantine hit I still didn’t have management. I had been talking to a guy named Clarence Spalding at the time, he’s another Kentucky boy, and I called him up when Quarantine hit to see if we could start working together and to my surprise he said yes. This whole thing kind of turned into a blessing in disguise because what a better time to put out a song about love and family then a time when we’re all kind of forced to sit at home with our family and the ones we love. It was terrible in a lot of ways but in that one particular way it was a blessing for me to put this song out last year.”

CSC: You mentioned being a Kentucky boy. Tell us what inspired you to become the country artist you are today and inspired you while working on your debut EP.

ES: “My mom always likes to say I was born on a Sunday and then the following Sunday she had me held tightly by a hymnal at the church where I was introduced to Gospel music. I grew to love music at a very early age from going to that church and singing and listening to my aunts and my grandparents and stuff singing. My dad was a little on the opposite side of the spectrum. We’d get home from church and dad would be outside working on some old truck or car; there would be some Bud Light bottles laying around maybe. We’d be listening to Steve Earle, Lynyrd Skynyrd, Dwight Yoakam, or John Fogerty and then in the car, on our way to church, it was always 90’s country. There was a blend of some of the best music, I would say. Classic 70’s and 80’s Rock, 90’s Country, and Gospel music, and I grew to love the Blues through all of that too. I guess very early on I was being molded into what you’re going to hear when this EP comes out.”

LISTEN TO COUNTRY ROADS EP BELOW: 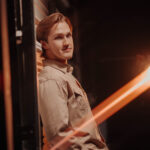 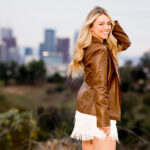