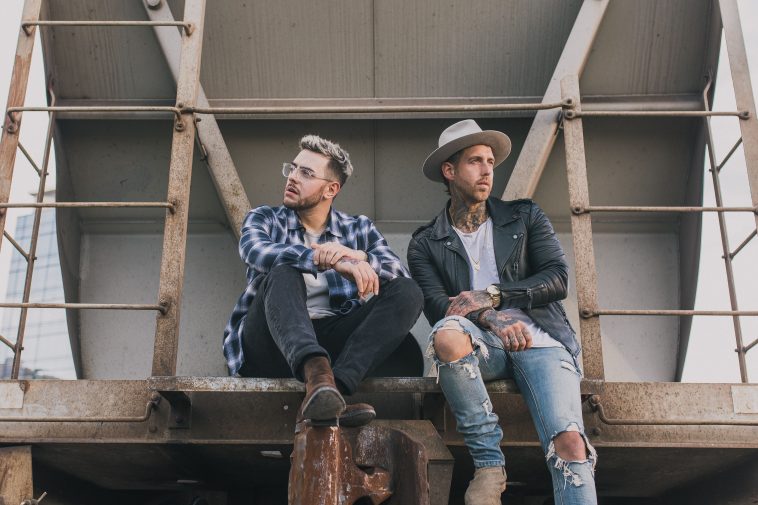 Lakeview is back with new music and we can’t get enough of it.

The breakout duo’s new Country ballad “Message in a Bottle” dropped on Friday (January 29) and it’s been on repeat because let’s face it… everyone has dealt with heartbreak one way or another.

Written by Lakeview’s Jesse Denaro and Luke Healy alongside Robyn Collins with production by the duo and Jonathan Roach, “Message in a Bottle” shows a more tender side of the pair— drinking away heartache, sending a few last resort texts, and pouring their hope into a bottle of liquor.

“‘Message in a Bottle’ is the first true ballad that we’ve released, and we’re extremely excited for people to hear this side of LAKEVIEW,” explains Denaro in a statement. “The story line is something almost everyone can relate to in one way or another – dealing with heartbreak, and as the whiskey begins to flow, so do those memories of a past love.”

“We’ve always said that our main goal is to write music that everyone can connect with,” Healy continues. “I feel like we really were able to do that when we wrote this song, and we couldn’t be prouder of it.”

When chatting with CS Country back in July, Jesse and Luke teased the song, sharing that their new material would “be slower” while “trying to push the boundary” to see what they “could get away with.”

“We have a few slower songs in the mix here and some other ones, we’re trying to push the boundary a little bit and see what we can get away with so we’re doing whatever feels good to us and whatever we really enjoy,” Jesse said over a Zoom call. “We just hope as we put these out, people can feel that in the song.”

Don’t forget to let us know what you think of Lakeview’s music by either leaving a reaction at the bottom of the post or by sending us a tweet at @CS_Country.

CSC: For people that may be unfamiliar with you guys, your story is really interesting. Can you recap a little bit on how you guys got together and made your way to Nashville?

Jesse Denaro: “Yeah, for sure. Luke and I crossed paths about 10 years ago when we were playing for our old band in the metal scene and we actually played a show a while ago. Fast forward a few years and I ended up moving to Pittsburgh for a girl and that girl happened to be Luke’s ex high school girlfriend. We actually got married, and then it fell apart. Through all that, Luke and I became best friends. We started working through the day, living together, working at our second jobs and then writing songs at night. That’s how we started Lakeview.”

Luke Healy: “Yeah, like Jesse said, we were writing songs at like 3AM after working our second job, drunk and just having a lot of fun with that. My good friend from Georgia approached me and said, ‘Hey, would you guys ever want to record some of this stuff? Some of the stuff is actually pretty good.’ And we were like, “Yeah, sure!’ and took some time off from work and drove down to Georgia, recorded a few songs. Our good friend from back home had a weird dream and was like, ‘Hey, I had a weird dream. I know you don’t do country, but I was standing side stage and I felt responsible for one of your shows and maybe wanted to pass stuff around, could you send it to me?’ and he ended up getting us hooked up with Photo Finish, which was one of the best decisions we could’ve ever made in our life, was working with those guys. Then we said, ‘Hey, let’s move to Nashville’ and that’s how we got here.”

CSC: It’s crazy to me that you guys were in metal bands before and then you transitioned into country artists. How was that transition for you and what influences do you still use from being in metal bands?

JD: “I think for both of us, growing up, a lot of what we listened to was country. So, transitioning back into it as far as musical taste was easy because it was something that we’ve loved our whole lives. I think what we bring to the table, as far as how we are influenced by that, I think our focus is on the production of the song — all the instruments and elements and things that we add — that is heavily influenced by our metal backgrounds because that was such a huge focus in that scene. The lyrics and the songwriting doesn’t really matter. Does [metal] feel good? Does it hit hard? Is everything sonically living well together? So, I think it’s pretty apparent in our stuff, there’s a lot going on and we kind of approach from a different angle as somebody more traditional would, so that’s what we’re bringing from that scene into this scene now.”

CSC: Is there anything else we can expect from you guys, maybe more singles or an EP? Anything you can tell us?

LH: “Absolutely, yeah. We have a lot in the mix, in the bullpen. We’re ready to start giving you guys as much as we can as soon as we can so expect another single very, very soon.”

CSC: Is it going to be a similar sound to what you guys have previously released, or are we going to see something totally different?

JD: “We have a few slower songs in the mix here and some other ones, we’re trying to push the boundary a little bit and see what we can get away with so we’re doing whatever feels good to us and whatever we really enjoy. We just hope as we put these out, people can feel that in the song.”

CSC: We are Celeb Secrets, do you guys have any secrets about yourselves or about the recording process that people wouldn’t know when people hear about you guys?

LH: “I wouldn’t necessarily like a secret, but a fun fact is that a lot of people will talk to us about our production and the quality, but we actually record all this stuff in our house, actually in the room we’re in right now. Everything is done in our house. The drums get taken remotely at a different, but every single thing we do is us, me and Jesse, and our friend Jonathan, he literally drives over here with his computer and we just do everything else here. I’m really proud of that.”

JD: “When I recorded vocals, I had a blanket and then two clamps holding the blanket up and a pillow on top of it to soundproof it.”

LH: “It was straight SoundCloud stuff.”

JD: “Yeah, it was sick. It was some bedroom rapper stuff, but we made it work. Yeah, it’s a good secret.”

LH: “Yeah, that’s why, I always say this every chance I can get, Photo Finish is just so awesome. I’ve been signed to a different label in the past, they were cool, but they know what they want from you and these guys just really really give us that creative control and say, ‘You guys know what’s best for you’ so we thank them all the time and they’re just so willing to work with what we expect out of us too.”

CSC: Is there one thing you have to share with country music fans about you guys, maybe shout any thing, what you guys have coming up, what you guys plan to do coming out of quarantine?

JD: “I think our plan is to release a song every month and making sure everyone is checking that out and keeping their eye out on that. Our plan after quarantine is to just play some shows, for the love of god. That’s our plan, tell us online where you want us to go and we’ll party.” 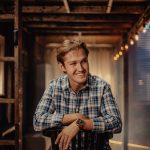 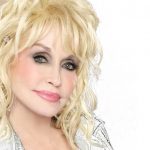