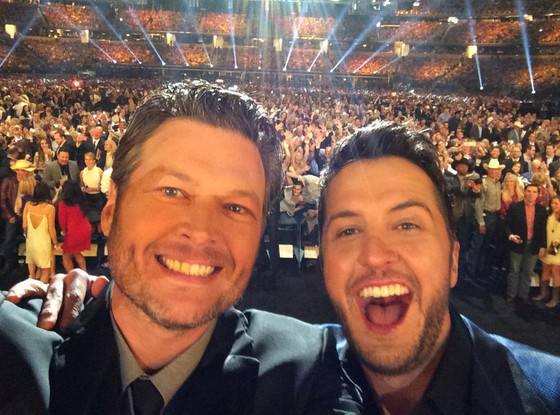 To get you excited for the 54th Academy of Country Music Awards, CS Country rounded up ten iconic moments that completely floored us during past ACM Awards. Keep scrolling below to see if some of your favorite memories made the list! 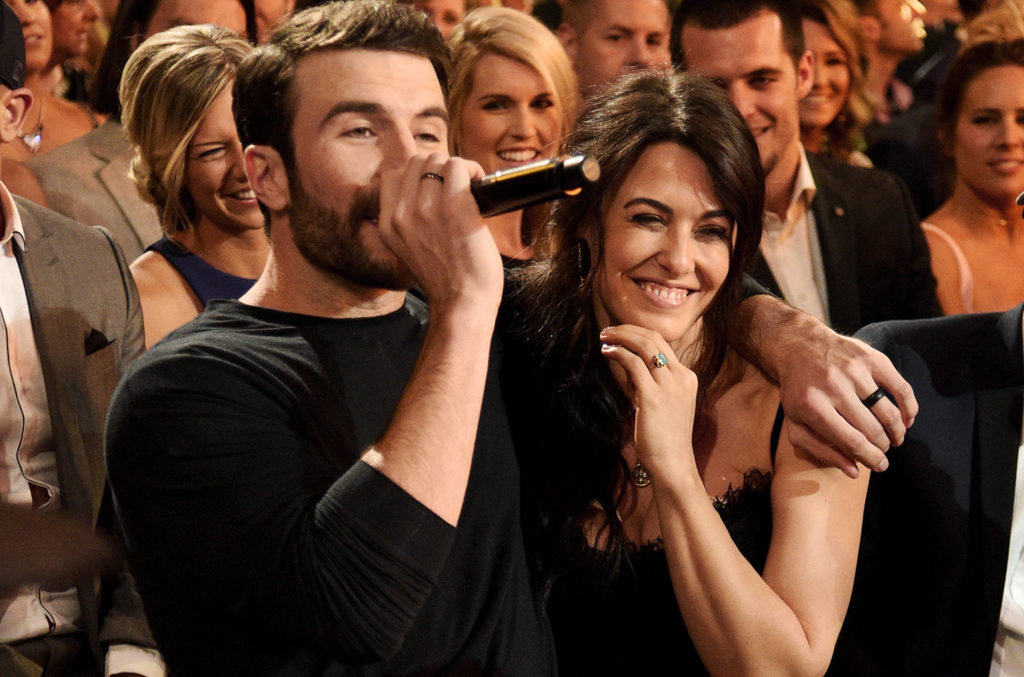 Remember when Sam Hunt performed his hit single (that’s still a bop) “Body Like A Back Road?” As much as we LOVE Sam, the moment of the night had to be when he ran into the crowd to serenade his wife Hannah Lee Fowler! While she was clearly embarrassed, millions at home were shipping them SO hard, hoping to find love as genuine as theirs. 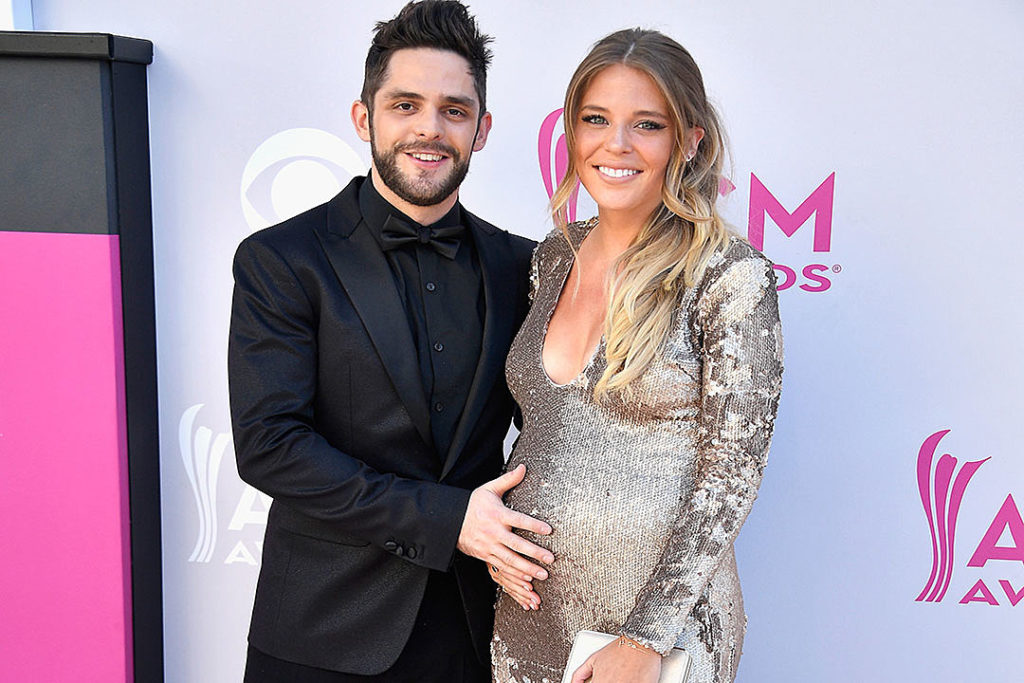 In 2017, Thomas Rhett and his wife Lauren Akins slayed the red carpet. Donning a sparkly gown, Lauren proved that you can still look sexy while being pregnant! *We low-key hope Ada James makes an appearance on Sunday’s red carpet*

A photo that needs no explanation (and to be framed on our wall). Blake Shelton and Luke Bryan’s ACM bromance in 2015.

In 2008, then country princess Taylor Swift did an exceptionally entertaining performance of her smash hit “Should’ve Said No.” Her signature touch of drama was added in with a black hoodie and finale of water! 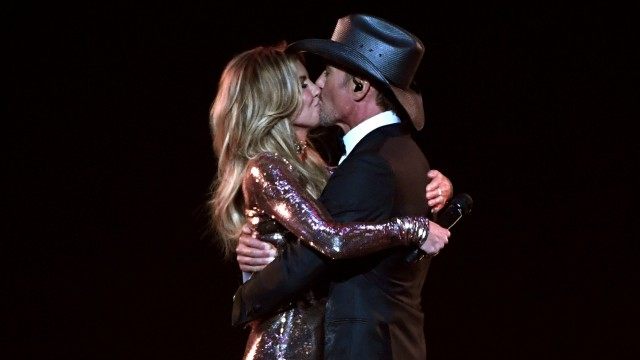 Who remembers when Tim McGraw and Faith Hill made us feel not worthy with their performance of “Speak To A Girl?” AND THAT KISS!?!?!?! #RELATIONSHIPGOALS.

Shania Twain’s performance of “Forever and Always” in 2003 will — no joke — forever and always be in our hearts. 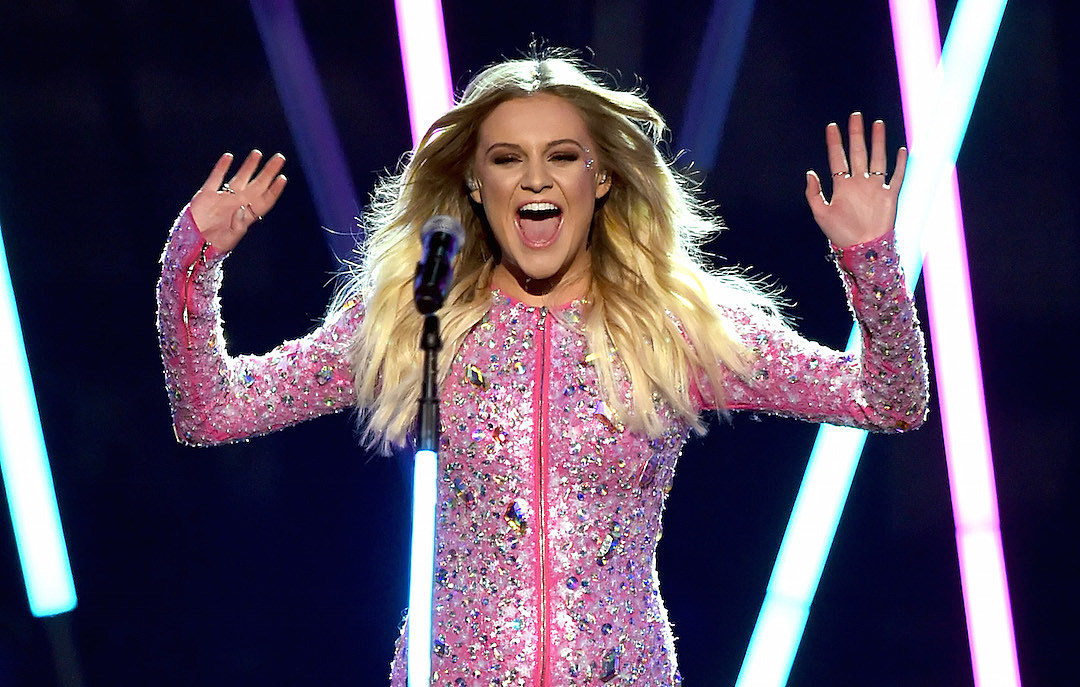 Kelsea Ballerini gave us *major* Beyoncé vibes in this glittery ensemble during her performance of “Yeah Boy” at the 2017 ACMs. *Spoiler Alert* we’re STILL obsessed with the song AND this outfit. 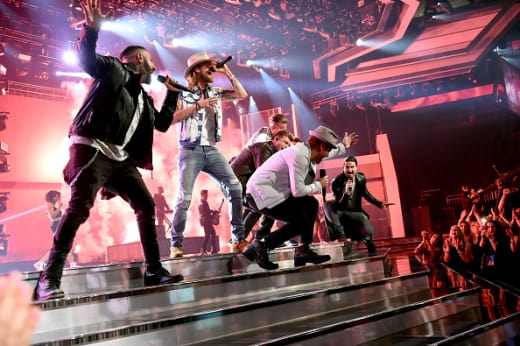 Backstreet’s back.. with Florida Georgia Line! We are STILL shook from the MASSIVE mashup performance of “God, Your Mama, And Me” and “Everybody (Backstreet’s Back).”

The only thing better than a performance by Tim McGraw, Taylor Swift or Keith Urban is a performance by all three together! Remember when the trio teamed up for “Highway Don’t Care” at the 2013 ACM Awards? Keith totally shredded the guitar!

They say save the best for last, right? Carrie Underwood’s emotional performance of “Cry Pretty” at the 2018 ACM Awards was nothing short of spectacular. Suffering from a bad fall that resulted in a serious facial injury, Carrie proved she’s a true fighter by returning stronger than ever, glitter tears and all! 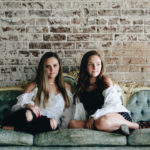 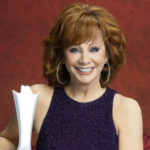