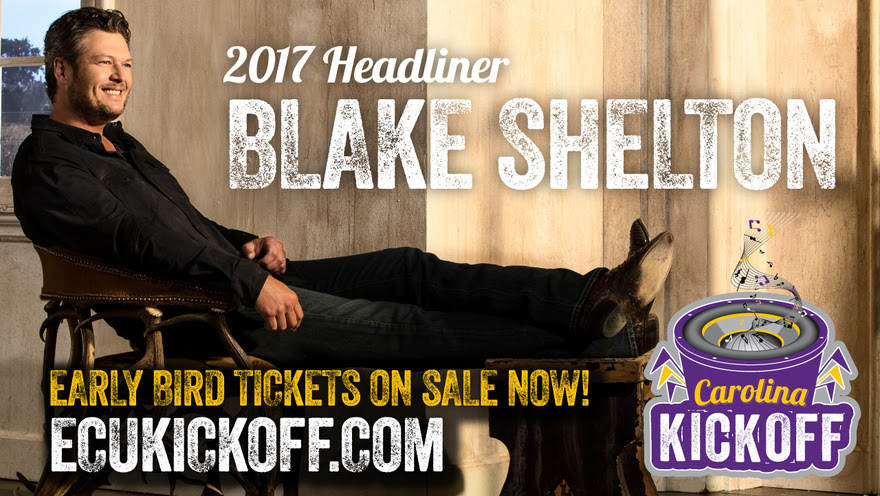 Basis Entertainment has announced the Carolina Kickoff Concert will return to Dowdy-Ficklen Stadium on August 19, 2017 with country star and five-time CMA Male Vocalist of the Year winner Blake Shelton to headline. Early bird tickets are currently on sale at www.eckickoff.com.

Blake Shelton made the announcement on the jumbotron during the East Carolina football game on Saturday (9/10) against NC State.  The 2017 Carolina Kickoff will also feature other top country talent with more artist announcements planned in the following weeks.

“A few years ago we made a decision that we wanted to use our venue for more than just sporting events, that we wanted to actually become a venue for other events; concerts, shows and make Greenville/ECU a destination, ” said Jeff Compher, director of athletics for East Carolina University. ” This is big part of that and also part of our branding as a university and as a community. We are growing; we have the largest freshman class ever attending our university this school year. We can support an event of this caliber and take the proceeds and put it back into our facilities and operations.”

“The university is the city’s seamless partner in the things we do to promote this region and we want this to be a major concert venue for years and years going forward,” said Allen Thomas, mayor of Greenville, NC. “It’s not just Greenville. Every city from Wilmington to the Virginia line, and everyone in-between in the coastal communities can come for music entertainment. We could not be happier to wave them in to have a wonderful time here.”

Early bird tickets for the 2017 Carolina Kickoff are officially on sale ending on September 16 at 11:59PM.  Tickets prices start as low as $39 and can be purchased by visiting www.eckickoff.com. 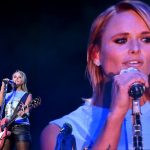 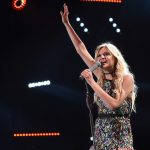