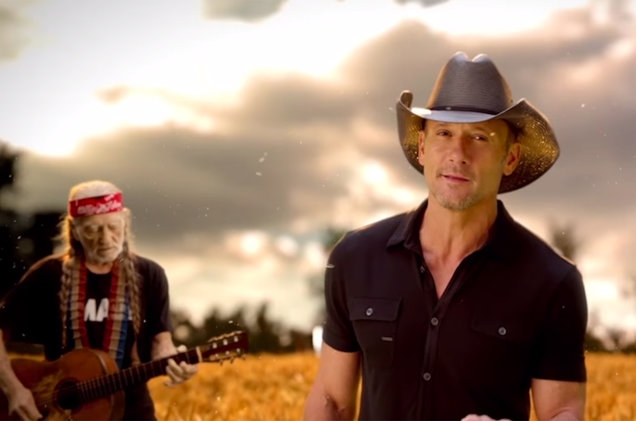 The song features 30 artists spanning all generations of country music. The song is a melody mashup produced by, Shane McAnally, featuring a slice of John Denver’s “Take me Home,” Dolly Parton’s “I Will Always Love You,” and Willie Nelson’s “On The Road Again.”

Grammy winner, Joseph Khan, directed the video which depicts the various artist in fields, in front of old homes, railroad tracks, and even lower broadway. Khan clearly wanted to give us the image of growing up with country music as one of the main staples in our lives.

Filming of the video took place in Nashville, TN over the span of the CMA Music Festival. The singers were shot in front of a green screen to depict not only the “country,” but major staples of the world as well. Willie Nelson is shown singing under The Eiffel Tower” and Rascal Flatts in front of “Big Bend” in London, England. However, we do see Nashville in the video as well when Kacey Musgraves is standing in front of the city’s staple, Lower Broadway.

“Forever Country” was not only made in celebration of the CMA Awards, but in appreciation for country music as a genre, empire, and lifestyle. Bringing all of these artists together shrouds us country music fans with nostalgia of where the genre has been, but also excitement for where it is headed.

The video does an impeccable job of combining the old with the new and celebrating all that country music has offered us in the past, and what it will bring us in the future. Because of this we want to thank you, “Forever Country,” for reminding us that sometimes all we need is for countyroads to take “us” home.

Forever Country: Artists of Then, Now, and Forever | CMA 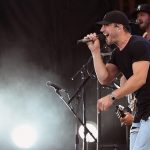 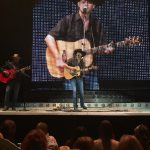