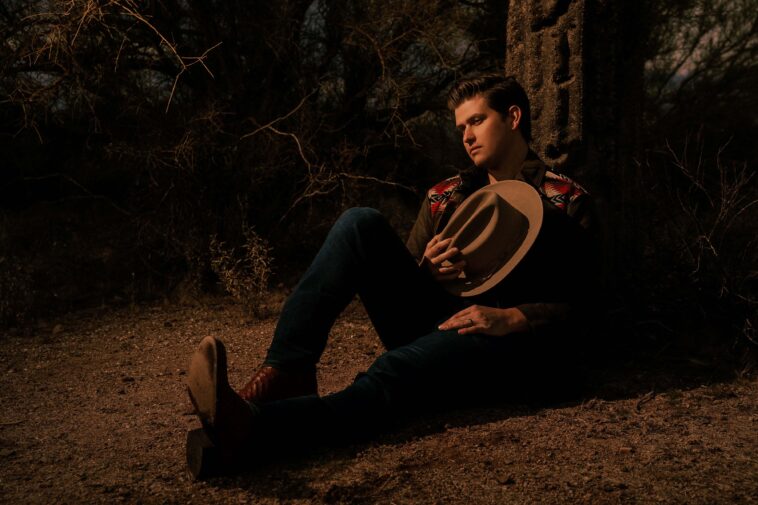 Going through a breakup is never easy. Add a drink or two into the mix and you’ll find yourself alone at the bar reminiscing on the good times you shared with your former partner.

Country music newcomer Austin Burke is doing just that on his relatable track “When I’m Drinkin,'” which dropped on all streaming platforms this past Friday (August 26). Written by Burke along with Emma Lynn White and Jamie Kenney, the star-in-the-making wanted the heartache-fueled anthem to sound similar to how a good whiskey tastes — warm and smooth.

“‘When I’m Drinkin’’ is not your typical drinking song. It’s a song about missing someone the second you start drinking and because of that, I think a lot of people will relate to it,” Burke tells Celeb Secrets Country in an exclusive interview.

“I think it’s the perfect song with fall right around the corner. I’m really different than most. I only drink tequila when it’s hot and then switch to drinking whiskey when the weather cools off. So now that it’s starting to cool off, it might be time to bring out the whiskey,” he continued.

It’s been a wild ride for Austin since he made his move to Music City at 19-years-old. His breakout single “Whole Lot In Love” catapulted him to streaming stardom with his total streams now exceeding 165 million. His music has also been featured on Sirius XM’s The Highway and in 2019, Burke made his debut on the legendary Grand Ole Opry stage.

Most recently, Burke’s sonic uniquity led to him signing his publishing deal with Warner Chappell Music, and he’s continued to grow his dedicated fanbase, with over 165M streams, 113K followers on Instagram, and 900K followers and 7.8M likes on TikTok.

CS Country sat down with Austin (virtually) to talk all about “When I’m Drinkin'” — it’s creative process and why he’s releasing it now, plus secrets from the recording studio that we wouldn’t know just by listening to it. Plus, the viral country crooner also talks about his rapid success and how he’s giving back to Music City’s songwriters.

Let us know what you think of “When I’m Drinkin'” by either leaving a reaction at the bottom of the post or by sending us a tweet at @CS_Country.

Celeb Secrets Country: Congrats on the release of your new song “When I’m Drinking!” What can you tell us about the track?

Austin Burke: “Thank you so much! ‘When I’m Drinkin’’ is not your typical drinking song. It’s a song about missing someone the second you start drinking and because of that, I think a lot of people will relate to this song. The response has already been overwhelming and it’s just getting started.”

CSC: Can you go in-depth more about the writing and recording process — what was it like putting the song together?

AB: “I wanted this song to feel like you’re drinking a nice glass of whiskey. In doing that, we tried to make my vocal really warm. We even adjusted my vocal back slightly behind the beat, the same way you would when you’re drinking. To try and keep with that consistency, we kept the guitar portion really warm and smooth as well and of course there are a ton of little things that an everyday listener might not notice – at least until you have a couple drinks yourself.”

CSC: What made you want to release “When I’m Drinking” now?

AB: “I think it’s the perfect song with fall right around the corner. I’m really different than most. I only drink tequila when it’s hot and then switch to drinking whiskey when the weather cools off. So now that it’s starting to cool off, it might be time to bring out the whiskey.”

CSC: What are some fun things you like to do when you’re drinking with your friends?

AB: “That completely depends on what we’re doing and who I’m drinking with. For example, my favorite thing is a cold beer on the golf course with my buddies but if I’m having a date night in with my wife, we like to enjoy a good glass of wine on the porch. I think my favorite part of drinking in general is always the conversations that come with it.”

CSC: You’ve seen a ton of success with your recent releases, and we love that you’re giving recognition to songwriters by giving away 15% of your masters to songwriters (and 20% to songwriters on outside cuts). Can you talk to us more about this decision? How has the feedback been so far?

AB: “Thank you so much for saying that. To be honest I think it’s slowly catching on. I have had a few songwriters reach out to ask questions about it, and word is starting to spread. I’ve heard that because of what I’m doing, songwriters are beginning to have conversations with the labels about how to do something similar. I hope others follow and I really hope this becomes the standard.”

CSC: Songwriters don’t always get what they deserve in the business, so how important is it to do something like this, in hopes that the financial gap between artists and songwriters changes in the future?

AB: “It’s not something that should happen, it’s something that MUST happen. We are losing songwriters daily because of the financial gap. With the streaming world inevitably taking over terrestrial radio, conversations need to be had and action needs to be taken. Songwriters are the lifeblood of Nashville. If you look back at the history of country music it always started with the songwriters. We need to find a way to prioritize the story telling of music and get us back to the truth. The only way that is possible is by taking care of the songwriters and giving them what they deserve.”

CSC: Can you tease what’s next in terms of upcoming releases/projects/announcements?

AB: “I have so many songs ready to go. It’s so hard for me because I just want the world to hear them all but I am actively working on how to be patient because there’s always a strategy to how music is released and in order to give each song the life it deserves, it’s got to be well thought out and planned around a number of different things that come into play. I am excited to share that I have a new song coming in the near future with Tim Hicks from Canada and Southbound from Australia. It’s going to be a song of togetherness and I can’t wait til we’re able to release that one.”

CSC: What are some goals you’d like to accomplish for the rest of this year?

AB: “Honestly, I want to continue reaching new fans. No matter how that happens – that’s always the focus because they are the ones that continue to listen, support and show up at shows and sing the words back to me. Going into the fall, I look forward to getting to continue working on all of the music I’ve been writing and getting ready for touring in 2023. This year has been a big and successful year, now it’s time for next year to top it.”

CSC: Since we’re Celeb Secrets, what’s a secret from making the song that we wouldn’t know just by listening to it?

AB: “I’d say a few of the intentional decisions we made in the studio and post production are our biggest secret. There were a million little elements that we had to add, tweak, re-record and those aren’t things that everyone catches if you don’t understand the post production process but our entire goal was to just keep everything sounding as smooth and consistent as possible. So I’ll have to ask the fans to report back on if we made the music sound as smooth as whiskey tastes!” 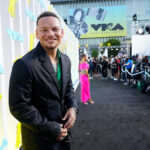 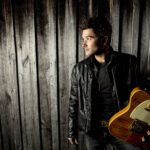