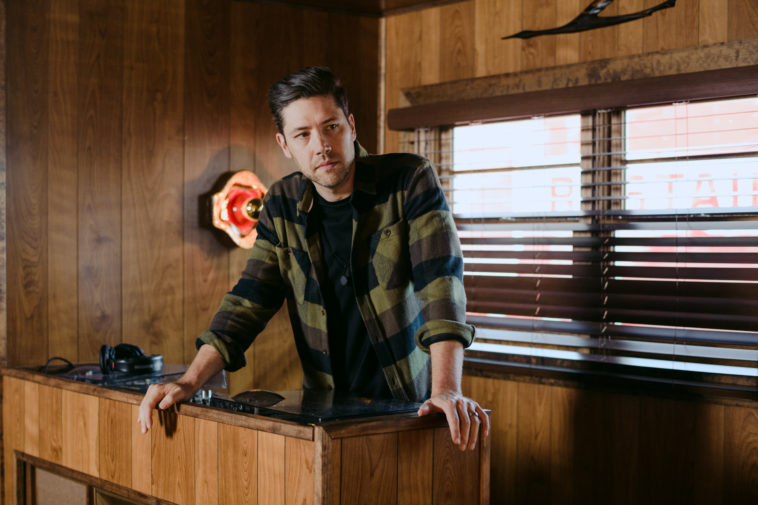 Since moving to Nashville from Georgia in 2010, Corey Crowder has made a name for himself in Music City by writing and producing some of the biggest songs for the biggest artists such as Chris Young and Florida Georgia Line.

Prior to becoming a #1 producer and songwriter, Crowder was a singer and songwriter and is now getting back to his roots by showcasing his vocal range with his original single “My Poor Mama.” Released back in May to show his gratitude for his mom on Mother’s Day, “My Poor Mama” features a bluesy groove, heavy backbeat and low-slung guitars, proclaiming a tough guy’s tender side.

“Sometimes, as a songwriter, some of your favorite songs that you write never get recorded. I’m fired up to have the chance to give a few of those songs new life by putting them out like ‘My Poor Mama,’” shares Crowder in a statement. “After writing it, ‘My Poor Mama’ became an instant go-to favorite of mine. It hadn’t found a home yet – so I’ve decided to give it one.”

Hubbard and Kelley applaud Crowder sharing, “Corey has written and sang too many great songs to not have them out for the world to hear.” Adding, “‘My Poor Mama’ is perfect to release right now for Mother’s Day, and we’ve all loved this song for a while now – so, why not? We couldn’t be more excited for him, and proud to be on this amazing musical journey together.”

Crowder talks to CS Country about the inspiration behind releasing his own song and if fans can expect to hear more of him singing his original music.

Take a read at our full Q&A below and let us know what you think of Corey’s song “My Poor Mama” by either leaving a reaction at the bottom of the post or by sending us a tweet at @CS_Country.

Celeb Secrets Country: Tell us how the guys (Brian Kelley and Tyler Hubbard) of Florida Georgia Line encouraged you to release your own music?

Corey Crowder: “I’ve known them forever and we have worked together for a while. They’ve always complimented my voice and my style, and have casually been like, ‘when are you going to put some Corey Crowder songs out?’. That was kind of a past life of mine and what brought me to town was being an artist, so the longer I thought about it and the more we talked about it, the more it sounded like a good idea. Those guys pitched it like, ‘let’s do something fun’,

CSC: Out of the many songs you have written, what was it about this song, “My Poor Mama,” that made you want to release it as your own?

CC: “I think, kind of my rule is, I want to release songs that I thought were jams. Songs that I would play out by the pool or the lake; amazing songs that I have in my catalog that nobody has ever recorded. This one has always been a favorite of mine and a favorite of everybody in our camp so it just kind of raised its hand first for me. Also I’m a pretty big mama’s boy, I talk to my mom everyday, so the mama side of it certainly didn’t hurt. And I love the humor in the song, so it felt like a good time to release that one right around Mother’s Day.”

“My Poor Mama” is out now! Very special shout out to my poor mama who saved my can more times than I can count! Y’all go crank it up!!!

CSC: What was the songwriting process like for the song? About how long ago did you write it and was it originally written for a particular artist?

CC: “We wrote this a couple of years ago down in the [highway] 30A area in Florida, it’s kind of like a great beach area. We brought a tourbus down, the Tree Vibez Music bus, and we were having kind of like a mini writers retreat with a bunch of different writers. On this particular day Jaren (Johnston from The Cadillac Three) came over so it was me, Jordan Schmidt, Jaren, and James McNair, and Jordan has this title of ‘My Poor Mama’. A lot of times as songwriters we have song titles in our phone, we don’t necessarily have any big ideas with them. I think this was one of those where he goes, ‘I don’t know what to do with this’, but I loved it. We all got a kick out of it because, all of us being in music, have probably given our moms a lot of gray hairs. We just started laughing. It was kind of a fun one to write because we were all telling stories and trying to work those stories into the song. It wasn’t really written with an artist in mind, it was kind of all of us putting our own little spin on it.”

CSC: Are there any songs that you have written in your career that you wish you had kept for yourself?

CC: “No, I always write the song for the biggest home. So wherever the biggest outlet-or the right outlet-for the song is, I’m completely okay with that. I don’t ever want take backs on it. I just feel like they land where they’re supposed to land and I try not to get too attached to certain songs and just let them live their life.”

CSC: Since moving to Nashville you’ve become a hit songwriter and producer. Do you have any plans to transition to the artist side and do you have any more music you plan to release as your own?

CC: “No, I don’t look at it as one or the other. I’m definitely going to put more music out and my goal with my music is just to maybe find some songs in my catalog-that for whatever reason have just never landed with another artist-I love and give them a life of their own with me. Then anybody that’s interested in anything I’ve ever written or produced for an artist that they love-a Florida Georgia Line, or a Chris Young, or somebody like that-maybe they would think, and I think, it’s cool to listen to the producer or the songwriters and what their music sounds like. I don’t really think of it as one or the other, I just put songs out and as long as I’m having fun doing it and people seem to be interested and listen to it, I’m going to do it.”

CSC: What is the writing and producing process like for you?

CC: “There’s two different mentalities. In the songwriting process I try to write catchy, mostly feel good songs and I just think of the kind of music I would listen to when I’m outside, songs that I want to hear. It is easy to forget when you’re a songwriter that people actually have to listen to this thing (laughs). You get so into the song and so into the lyrics that you forget that this needs to feel good in the background and people need to want to listen to it more than once. That’s something I would think seems like a simple lesson but it took me a while to learn, really knowing the audience. I love writing songs a lot of different ways and I don’t attack it one specific way. A lot of time we start with an idea, like I said we keep a notepad in our phone full of ideas. Production wise I give the song what it needs. Ideally if you’re cutting amazing songs then there’s not really a way to mess it up, you’re just trying to amplify how good the song is. I try to approach every song differently and there’s not really one method I use; it’s whatever the song calls for.”

CSC: What one song, any genre of music, do you wish you had written and why?

CC: “Hmm, I love, this is kind of random and I don’t know why this is the first one that popped into my head, but I love the Ed Sheeran and Justin Bieber song ‘Love Yourself’. What a cool twist on that idea and I think it resonated with everybody the same way, it was one of the biggest songs of the year that year. I love a good, clever lyric that’s not too hard to understand and packaged in a commercial way-I think that was so brilliantly done. I would have loved to have written that.” 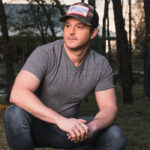 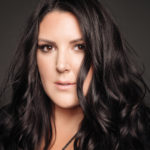