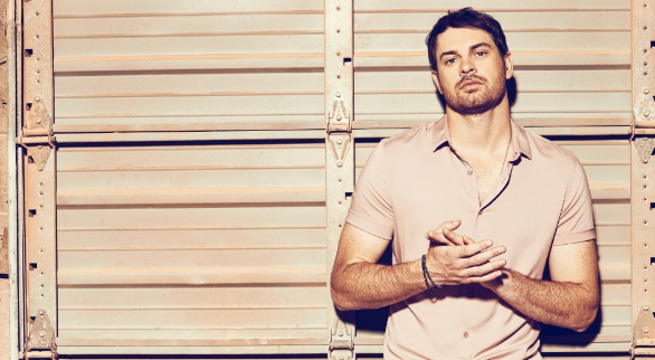 Singer-songwriter Matt Stell is a man of many talents, including country music, medicine and philanthropy!

While most of his fans know him for his Top 25 (and rising) country tune “Everywhere But On,” Stell was a Havard Pre-Med major before pursuing music and even has his own philanthropic initiative, Give A Damn, which raises funds for St. Jude Children’s Research Hospital, Doctors Without Borders, the Humane Society, and more, and Celeb Secrets Country virtually sits down with the rising star to learn all about it.

Just last month, Stell dropped his latest single “If I Was a Bar” along with an innovative music video where he plays 13 different characters – personalities such as “cool guy Matt, “post-breakup Matt,” “drummer Matt,” “bartender Matt” and more. Following current social distancing guidelines and utilizing locked off camera shots, the hilarious and unique new video was filmed at Nashville’s Fleet Street Pub with only 3 crew members, including director Dustin Haney, and no co-stars.

“It was so much fun,” says Stell in a statement.  “We basically took different aspects of my personality and turned them up to eleven for this. Doing it reminded me of some of my favorite scenes in my favorite movies.”

Take a read at the full Q&A below and make sure to keep up with Matt by following him on Instagram at @mattstellmusic.

CS Country: Your single “Everywhere But On” is Top 25 (and climbing) on the charts. Can you talk about the writing and recording process of that song?

Matt Stell: “I wrote that song with Paul Sikes, one of my best friends here in town, and Lance Miller. We got in that room and Paul sort of had that title and as soon as I heard it I was like, ‘Man what an incredible title and a great song that could possibly be.’ So we sat down and started writing the song and it’s one of my favorites that I’ve written because there’s a lot of real life that I’ve lived in that song in a lot of different ways and it came together pretty quick.”

CSC: Was that song inspired by a specific person or was it just a general concept?

MS: “Honestly it was more about the concept. I’ve definitely had those times in my life where it’s good to keep busy when you’re going through stuff like that but then again you also don’t want to run away from your problems. That becomes a fine line to walk when you live and work the way we do in the music business. So that’s where it really came from. I drew off some of my own personal experiences and experiences of people that I’ve known to shape that character in a way thats pretty genuine to me.“

CSC: The music video for the song was awesome. Can you talk about the filming?

MS: “The live show portions of it were filmed in Savannah, GA and the rest was filmed here in Nashville. Which was cool because that was actual concert footage. My band and crew and everyone try to be as authentic as possible so anytime we can use that real stuff we like to.”

CSC: Your other music video for “If I Were A Bar” was really funny and included many different “Matts.” Can you talk to us about that concept?

MS: “It was really Dustin Haney, the director; it was kind of his brain child. So we just went in there and tried to execute it. It reminds me a lot of some of my favorite movies like ‘Nutty Professor’ and ‘Coming to America’ where Eddie Murphy is sitting in the hall and those guy are playing all those characters. It always looked like so much fun. So I got to do a little bit of that in this video and at the same time we were trying to be creative and still adhere to the guidelines of city, state, and CDC in terms of working around people, so we had to keep the crew as small as possible. We really had a great time doing it and I think it came out really funny.”

CSC: When you were acting all the different versions of “Matt,” was there someone who was acting with you so you could interact with an actual person? Or were you literally just sitting there by yourself acting?

MS: “Kind of both. Sometimes with the conversation stuff there’d be someone across from me, like for the truck drivers and the business guys, I had somebody over there that I was talking to to keep the flow of the conversation. But then when we shot the stuff with the band, that was just one at a time and trying to remember what would be cool or funny to do all at once so we did those individually.”

CSC: You had your first headlining tour this year. How was that? Did the pandemic cut that short?

MS: “The pandemic did end up cutting it a little short. We got most of it done, like 80%, so we got a good chunk of it done and it was incredible. I got to go to a bunch of places that I’ve never been before and people showed up to have a good time. It was so much fun. Then I got to do it with my buddy Chris Bandi who was opening the show. He’s a great artist and one of my favorite. We spent a lot of time together and had a lot of fun. Also Ray Fulchure who’s a great songwriter and artist himself. So the three of us were on tour having a great time and man, even talking about it makes me excited to get back after it whenever we can again. “

CSC: You hosted an 8 week Instagram Live with Lindsay Ell. Do you plan on doing something like that again since we aren’t sure what’s going to happen with the pandemic?

MS: “We may end up doing that again. We had such a great time. Lindsay has been working on her own new record so she was so generous of her time and I’m a big fan and got to hear her play what we call ‘fresh baked cookies’ which are new songs that she just wrote with Jameson Rodgers. And then we have a guest in every week. It’s a lot of fun so hopefully we’ll get to do that again because I do miss getting to see everybody.”

Penned Up Week 7, brought to you by me, Mark Steel, and my buddies Lizzy Eel, Jamie Roberts, and those Seafood fellas. Note: not to be confused with my doppelgänger, that @mattstellmusic guy, @lindsayell, @jamesonrodgers, and the @weareseaforth dudes. #freshbakedcookies #withasideoffreshgardenedveggies 🍪🥒🍅🥬

CSC: You launched your ‘Give A Damn’ Foundation this year. What inspired that and how is everything going with the foundation so far?

MS: “It’s going great. We were able to get some money and we’re just about to make a donation to St. Jude here coming up in a few days so that will great. The idea behind it is that I get to live my dream everyday and part of living the dream for me is being able to give back and be apart of positive change and really kind of help out with some things that are important. It’s different stuff at different times. It’s been St. Jude but there’s a lot of social causes that we want to be involved in and a lot of other worthwhile charities that we want to support. So we’re really excited about that.”

CSC: How do you choose which charity you’ll be supporting at the moment?

MS: “Honestly that’s the fun part for me. A lot of times it will be what’s in the news or whatever interests me in some way. Picking it is a lot of fun. We’ve done pretty much St. Jude, which is a cause we really champion. Your dollar goes such a long way and I’m from not far from there so it feels like sort of helping something back home that also helps the world out with cancer research and kids that come in and get treatment. So we’re big supporters of St. Jude.”

This next one’s called “If I Was a Bra”

CSC: An interesting fact about you is that you were accepted in to Harvard University’s Extension Pre-Med Program and you chose to pursue to music instead. Was that a difficult decision?

MS: “There was a time when I came to Nashville and signed a publishing deal. I wanted make songs from a living and make little records on the side and see how it goes. That’s the kind of life I had always envisioned. When I moved here to Nashville I had a few opportunities that came along but not the thing I was really looking for so I started looking around for what else I would do if I wasn’t playing music. After a medical missions trip to Haiti working alongside physicians I thought “Man if I was going to do anything I would pursue a career in medicine. That would be incredible.” So anyway I applied to that program and was accepted and it was really planning of heading out that way but about 2 months before I was about to leave I got the opportunity I had moved to town for and that turned into music out in the world and that turned into record deal and that turned into songs on the radio and here we are. I’m glad to be here.”

CSC: Do you have anything else coming up that fans can tune into or any other projects to look forward to?

MS: “We’ve got some new music coming out here in the next few weeks. I say the next few weeks but it’ll be longer than that, more like the end of summer or first of fall. But I’m excited to have new music out. I’ll be doing some Instagram and Facebook Lives to kind of keep playing and hopefully we’ll be back out playing some shows in some kind of fashion before too long.”

CSC: Since we’re Celeb Secrets, can you tell us a behind-the-scenes secret or interesting fact that fans wouldn’t know just by listening to your music?

MS: “I’m pretty boring. I love sports, I love being outside, that’s pretty bland though. I guess I’m way taller than everybody thinks I am until they meet me. I’m 6’7. I’m too tall sometimes.” 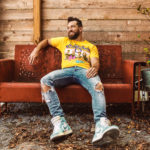 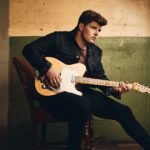