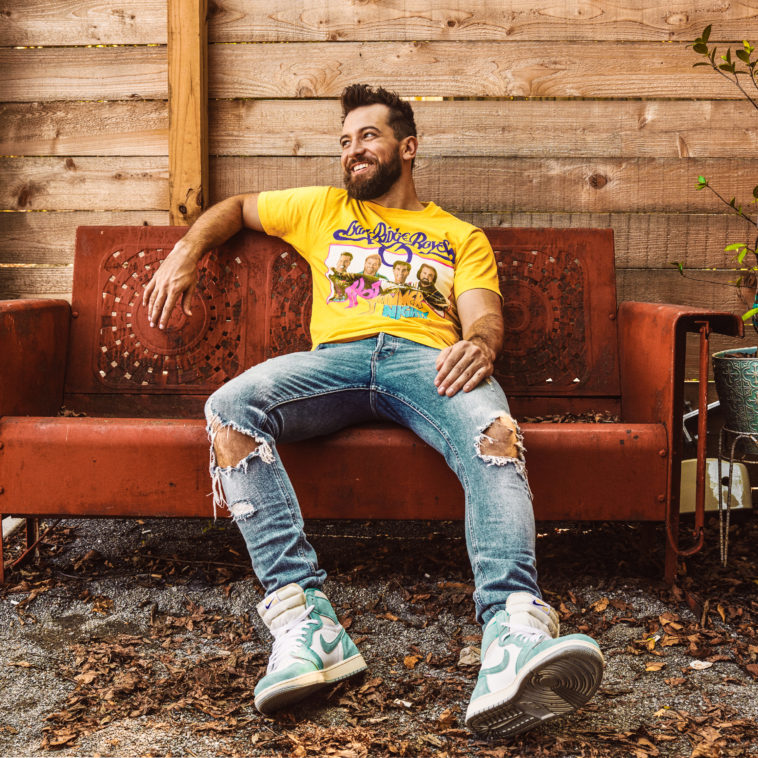 Despite the insanity 2020 has brought so far from the Coronavirus, up-and-coming star Chris Bandi is doing great! The singer/songwriter released his self titled-EP, his first radio single, and has made his Grand Ole Opry debut just to name a few.

Celeb Secrets Country had a nice socially-distanced chat with Bandi to catch up on all his recent milestones, touring with American Idol winner Laine Hardy and country breakout Matt Stell, and how he felt when he walked off stage to a “completely different world” during the coronavirus pandemic.

Keep scrolling to read our full Q&A and make sure to give Chris a follow on Instagram at @chrisbandi.

Celeb Secrets Country: You recently released your self titled EP and wrote 4 out of the 7 songs. Do you have a song that’s most personal to you? ‘Would’ve Loved Her’ seems very personal.

Chris Bandi: “Yes! I think my favorites are ‘Man Enough Now’, just because of what it’s done for me career wise, it’s the reason I have my publishing deal and my record and it’s my first single to radio, so that one will always have a special place in my heart, but of the newer ones we’ve written is ‘Would’ve Loved Her’. It’s definitely a true story and I’m so glad we were able to write that one that day. I wrote it about my grandpa who passed away about 6 months before I met my girlfriend and I brought the idea in to a couple of writes and nobody really bit on it. One day I was writing with my buddy Zach Kale and he told me the story of his father passing away before he met his wife and we both kind of looked at each other and knew that’s what we had to write that day. I sent it to my manager as soon as I got done and everybody kind of fell in love with it and they sent it to my label and everybody at the label fell in love with it as well. Just to see people reacting to it now and all the stories that have come out of people, who have unfortunately lost someone, but are relating to it which is so special to me and why I started writing music in the first place. So to hear those stories and see people comment on it has been amazing.”

CSC: The music video for ‘Man Enough Now’ includes Kelli Berglund and Luke Pell. Did you choose the cast? Can you tell us about the filming?

CB: “We wanted to get somebody who had a big social media presence because, releasing a song as somebody who not a lot of people know, it’s so beneficial because they can then share it with their fans as well. My manager was sending me a couple of options of people that would help increase the video being seen and we’d been on the road with Luke a couple of times. Being on The Bachelor he’s got the Bachelor Nation behind him that love him, so we ultimately landed on Luke and Kelli and it was an amazing day having them in, and getting to meeting Kelli and hanging out with Luke for the day.”

Celeb Secrets: You were also on tour with Matt Stell earlier this year before coronavirus unfortunately shut everything down. How was that?

CB: “We were on tour with Matt from late January on through March and unfortunately everything got shut down. We were actually playing a show in New York City when President Trump addressed the nation about shutting everything down. I like to joke, ‘we went on stage and came off stage to a completely different world.’ Everything had changed. We had a 45 minute set and knew he was going to be addressing the nation, we just didn’t know what all was going to be said and what was going to happen so we got off stage and we were like, ‘okay what’s going on?!’ And they filled us in on the NBA shutting down, shutting down international travel, and that Tom Hanks had it.”

CSC: Do you have plans to go back on tour with once things start getting back to normal? What about doing live stream shows together?

CB: “We did a couple of live streams at the beginning of quarantine and we still have dates on the books that are rescheduled for The Everywhere But On Tour for September and October. As we’re getting closer to those dates we really don’t know whats going to happen with phases moving forward or phases moving backward but we’re all just playing it by ear. I hope and pray that we get to play those dates but at this point in time I have no idea.”

CS: You also had your Grand Ole Opry debut back in February. Can you talk about how special that experience was?

CB: “It was amazing. Moving to Nashville and wanting to play country music, you know that is just the pinnacle of venues and just the history that has been on that stage and in those walls is incredible. I remember we got the text that we got invited to play our debut and I remember my heart just sinking into my stomach because I was so nervous a month prior to when we were making our debut. But from the moment I showed up everybody was so welcoming and thanking me for being there. I was like, ‘Why are y’all thanking me? Thank YOU!’ It was so incredible, my family got to come down, my girlfriend’s family got to come down, my drummer who grew up listening to the Opry every Saturday night with his grandpa and his mom and dad got to come down, so it was definitely a family affair. Everybody there from the moment we got there to the moment we left was so amazing and so accommodating. The moment I walked out on that stage, when they said my name and that I was making my debut, I feel like the people in the front row could probably see my heart beating out of my chest. Everybody was just telling me to take the moment in and enjoy it for what it is. So I remember walking out there and looking at the circle where everyone has stood, taking a deep breath, looking at the crowd, walking into the circle and looking back at my drummer to kick it off and it was one of those moments where you kind of black out. It just goes by so quickly. I enjoyed every single moment of it and I hope we get to do it again very soon and many, many more times. I will never forget my first time out there. I have no other way to describe other than this spiritual feeling of everybody that’s been there. I don’t know if there’s words to describe it but it was definitely something else.”

CSC: Since we’re Celeb Secrets Country, can you tell us a behind the scenes secret of the making of your EP that fans wouldn’t know just by listening to it?

CB: “This was my first time in the studio with studio musicians and getting to co-produce any of my own stuff. I’ve never really gotten to do that which was one of the coolest experiences getting to sit with these artists and musicians who have played on all of these number 1 songs that we know. Just getting to bounce ideas off of them and seeing what ideas they could come up was incredible. I’ve had a lot of firsts this year and it’s been amazing.”

CS: Despite all the craziness, it sounds like you’ve had a pretty good 2020?

CB: “It has been incredible. I wish it were under different circumstances and we had got to do a lot of the stuff that we had planned but we’re making the best out of the situation that we were dealt and that’s what keeps me moving.” 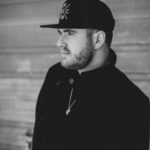 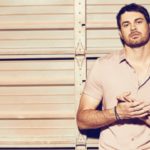