Sergeant Jessica McRorie, a representative for the NYPD, told reporters this week that McLoughlin’s “current duty status is retired,” following his authorized leave of absence from the force that began last summer.

Since meeting Lambert in November of 2018, McLoughlin has been spotted supporting the singer at many of her shows, but lately fans have been noticing him as showing more than just his support on his wife’s Wildcard Tour. McLoughlin is reportedly a member of Lambert’s security team.

According to Fox News, one fan confirmed that the singer’s husband was checking bags and monitoring the line at the singer’s meet and greet in Tulsa, OK on February 7th, and other members of the singer’s team requested that fans did not take photos with McLoughlin. Another fan told the outlet that he wears a lanyard indicating he is a working member of her team and an earpiece.

McLoughlin is a native to Staten Island, New York and his family has ties with the NYPD, but Fox quotes one friend of the former officer that it was “about time” he stepped down.

“Brendan’s mom was in the NYPD. Becoming a cop is just what he knew at the time. It was a family footstep.” the article writes. Adding that “He’s married to someone that has a career that New York City can’t contribute to 100 percent of the time”.

McLoughlin and Lambert met in November of 2018 and were secretly wed in February the following year. 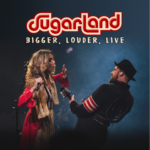 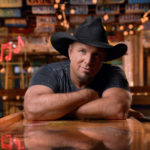