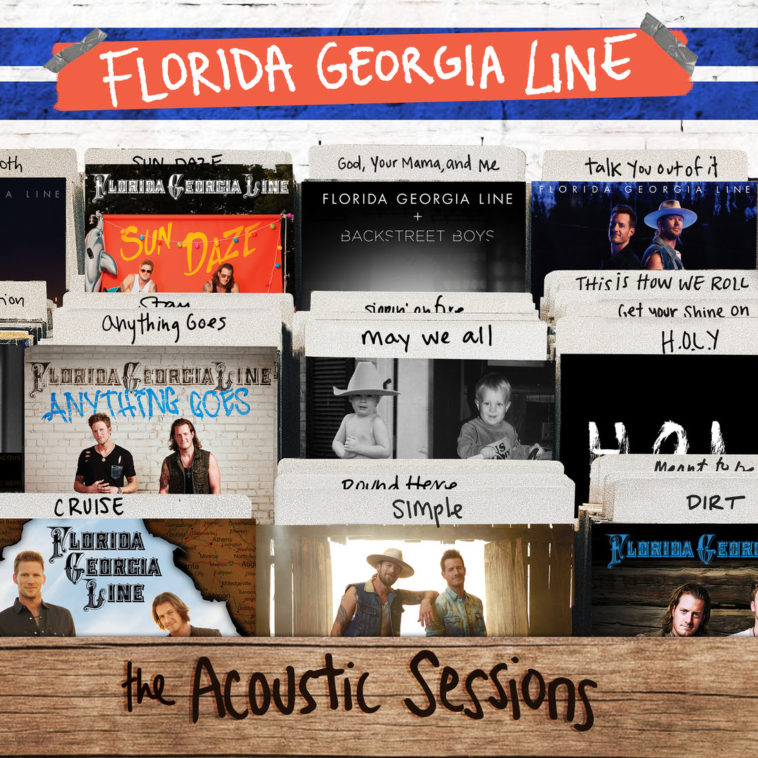 We are so excited to share this week’s top picks from the freshest releases. This week’s playlist includes an acoustic record from Florida Georgia Line, which includes acoustic versions of their all-time classics We’re also loving Maddie & Tae‘s EP Everywhere I’m Goin’, which is Part Two of their three-part full length album on Mercury Nashville  – plus many more.

Check out the hottest country releases of the week — and let us know what you think by either leaving a reaction at the bottom of this post or by sending us a tweet at @CS_Country!

Spanning the history-making trajectory since their breakthrough debut in 2012, FLORIDA GEORGIA LINE live up the good times with reimagined versions of their career-launching hits on THE ACOUSTIC SESSIONS out now on BMLG Records. Available digitally everywhere, physical CDs can be found exclusively at Walmart.

From those with whom he creates music to those who listen, Chris Janson holds his real friends close to his heart – and so he made a brand new, true-to-himself album with them in mind. Real Friends, his third Warner Music Nashville project, is available worldwide today.

“Real Friends is my favorite of all three albums,” he said. “I am so incredibly grateful for the opportunity to make it. Some of my personal choice favorites include ‘Done,’ ‘Say About Me’ and ‘Hawaii On Me.’ I wrote and produced this album with real friends, new and old. Thank you to everyone who has been a part of it – and to my friends all across the world who listen to my music, I hope you enjoy it as much as I do.”

Serving as Part Two of their three-part full length album on Mercury Nashville, the project was entirely co-written by the award-winning duo’s Maddie Marlow and Taylor Dye and is produced by Jimmy Robbins and Derek Wells.

Mason Ramsey – “How Could I Not” Music Video

Rising Country superstar Mason Ramsey shared his latest music video today for “How Could I Not,” directed by Justin Clough and filmed at the Wilson County Fair in Lebanon, TN.

The Country anthem is handpicked from Ramsey’s recently released TWANG – EP  – his first batch of music since his debut FAMOUS – EP in 2018. Ramsey’s TWANG – EP has racked up a stunning 10M+ streams to date.

Clare Dunn – “Gold to Glitter” and “Money’s All Gone”

Weeks after releasing a genre-bending makeover of her signature song “My Love,” Clare Dunn is back with two new songs, “Gold to Glitter” and “Money’s All Gone.”

“‘Gold to Glitter’ is about watching the golden sunset turn into the glittery, star-filled, wide-open night sky that I grew up under,” she says. “Sunset has always been my favorite time of day, and the sunsets I grew up watching were spectacular.” Appropriately, “Gold to Glitter” is a shimmering, anthemic track, with a chorus as big as the nighttime sky itself.

“‘Money’s All Gone’ is inspired by all the times my sister and I would go to town in a 1984 Chevrolet dually that ran on propane with a couple bucks in our pocket,” Dunn remembers. “We’d have fun until the money was all gone, then head home. It was the norm for kids who grew up where I’m from.” She traces the song’s rock & roll attitude back to those childhood days out west, too. “Most people think when you make a living in agriculture, like we did, that it’s a laid-back life,” she explains, “when really you’ve got to rock & roll to get it done.”

Rising country trio, Temecula Road is excited to release their soulful new track “Maybe Not” today! The song, written by the trio’s Dawson Anderson, along with Trannie Anderson and Ian Christian and produced by Andrew DeRoberts (Devin Dawson, Kip Moore, Eli Young Band, Jillian Jacqueline), is their third new release this year, following “Fades” and “Never Knew I Needed You”

“This song was actually written as a ballad, but after playing it on the road for over a year it took on a new life as a fun, flirty more up-tempo love song,” says Emma Salute. “If you had to describe it using only one emoji, it’d definitely be the winky face

,” says Maddie Salute. “It’s been one of our favorites for a long time and we’re really excited to share it with the world! It’s a new side of Temecula Road you haven’t heard yet,” says Dawson Anderson.

Caroline Jones highly-anticipated EP Chasin’ Me is finally here! The rising singer/songwriter penned every track except for “All of the Boys,” co-written with mentor Zac Brown, and “Gulf Coast Girl,” written for her by celebrated music icons Jimmy Buffett and Mac McAnally.

Similar to her last album Bare Feet, Jones performed the majority of instruments, and co-produced with Grammy and Academy Award-winning producer Ric Wake.

Christina Taylor feat. Brett Kissel – “As Good As You Look”

Rising singer/songwriter Christina Taylor teams up with 14-time CCMA award-winner Brett Kissel for new duet “As Good As You Look.”

Written by Christina Taylor, Kelley Lovelace and Brent Anderson, “As Good As You Look” tells the story of falling for someone from afar — and wondering what lies beneath the surface. Kissel, also a two-time Juno winner (equivalent to a GRAMMY), joined Taylor in the studio earlier this year to layer their vocals in this upbeat track.

“This is one of those songs that mean so much,” said Taylor. “There’s so much behind it, yet we wrote it in one session and recorded it pretty quickly too. It’s so real, it all just came naturally.”

“Christina and I had so much fun in the studio recording this single, commented Kissel. I am a big fan of Christina and this song. I can’t wait for everyone to hear it!”

Songs & Daughters artist Madison Kozak is over the “Phases” of a noncommittal crush who she likens to moon phases: “I only get you in phases / You’re somewhere out there in space and / You show up just to start fadin’ / In and out, you hang around, disappear then come back / I wanna love all of you baby / But I only get you in phases.”

Directed by Justin Clough, Kozak filmed at Nashville’s beautiful East Ivy Mansion. The from-the-heart lyrics dance like the couple’s silhouettes in the clip, as the songstress penned the track with Casey Brown and Parker Welling. Featured on her independent Heartbreak School – EP, “Phases” is available at all digital retailers & streaming partners.

Kurt Stevens – “Once In A Blue Moon”

When you listen to Kurt Stevens’ music, you hear his passion for life and feel his relaxed, beachy style. “Life is meant to be shared with others,” says Stevens. “I want my music to help people connect, share emotions, and realize we are all in the same boat.” 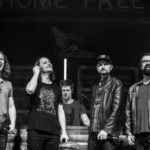 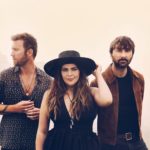