Runaway June are bringing the girl power for their “Buy My Own Drinks” music video!

The Wheelhouse Records trio and nominee for ACM New Duo or Group of the Year debuted the video for the infectiously anthemic single of positivity and empowerment on Friday (March 1).

The video for the Top 25 single features vignettes of the Runaway June members individually, both in present day and “flashbacks” to their younger selves.

“The ‘Little Junes’ were the perfect way to capture that carefree feeling of returning to your inner child and getting a little wild,” said band member Naomi Cooke. “In doing, that we can find true liberation.”

You can hear “Buy My Own Drinks” on Runaway June’s self-titled debut EP, which was released last year and produced by Dann Huff.

Next month will be a busy one for Runaway June, as Naomi, Hannah and Jennifer will be walking the ACM carpet as nominees at this year’s ACM Awards and performing at ACM Party for a Cause. 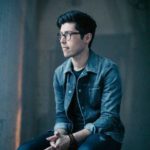 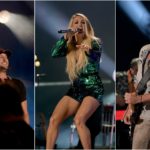