We’ve been saying it for the past two years and are still sticking to our word; Runaway June are truly ones to watch in country music. They are everything that is needed in country music right now; an all-female group that not only have chart-topping songs with meaningful messages, but also the magnitude to make a groundbreaking statement in Music City.

The trio, comprised of Naomi Cooke, Hannah Mulholland, and Jennifer Wayne, have achieved SO much in so little time. The girls are not only the first female group to earn two consecutive Top 40 singles on the Mediabase Country Chart IN OVER A DECADE, but also managed to snag a nomination for New Vocal Group of the Year at the 53rd ACM Awards last month.

“Being nominated for an ACM and attending the show was like a dream coming true in the biggest sense of the word,” the girls told CS Country EXCLUSIVELY. “When we stepped out of the SUV to go on the carpet, there were fans there. It was kind of like we took a breath, and were like ‘oh my gosh, this is reality now.’ It was so awesome.”

The crazy part of it all is that Naomi, Hannah, and Jennifer don’t even have an album out yet! Set to release later this year, the girls have been working hard in the studio on their debut record for Wheelhouse Records with the one and only Dann Huff.

“We’ve been working on this record for two years, so to finally be getting near the end of it — we just got some of our final mixes back — is beyond exciting,” Naomi, Hannah, and Jennifer said collectively. “Since we’re also songwriters, we’ve been writing a lot and it’s been a really wonderful part of the album making process. We’ve all gotten a lot tighter as a group and the picture of the record is really coming together.”

“[Dann Huff] is so talented and such a great producer. He’s really blown us away with how nice of a person he is,” the girls continued. “He is so humble and he’s won more awards than anyone. He’s not only a true legend, but also so collaborative; he values our opinions on things and it’s been great.”

We always love spending time with @runawayjuneofficial!! Double tap if you can’t wait to hear their new music 🎵 #stagecoach

We’re hoping to hear a taste of this new music next weekend, as Naomi, Hannah, and Jennifer are confirmed to perform at the 2018 CMA Music Festival in Downtown Nashville. The girls did perform a new song during their Stagecoach appearance last month and received nothing but positive feedback.

“We played one of our new songs for the first time at Stagecoach and people were reacting to it in a big way! We were getting tweets about it after we got off stage, so now we’re like ‘lets get this stuff done!'” the girls told us moments after their performance.

Make sure to catch Runaway June perform the national anthem at the Chevy Riverfront Stage on Thursday, June 7th, followed by a 20 minute set at the Cracker Barrel Country Roads Stage at Ascend Amphitheatre later in the evening. They’ll also be heading to the Chevy Breakout Stage on Friday, June 8th for another full set. 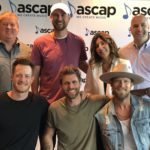 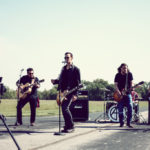