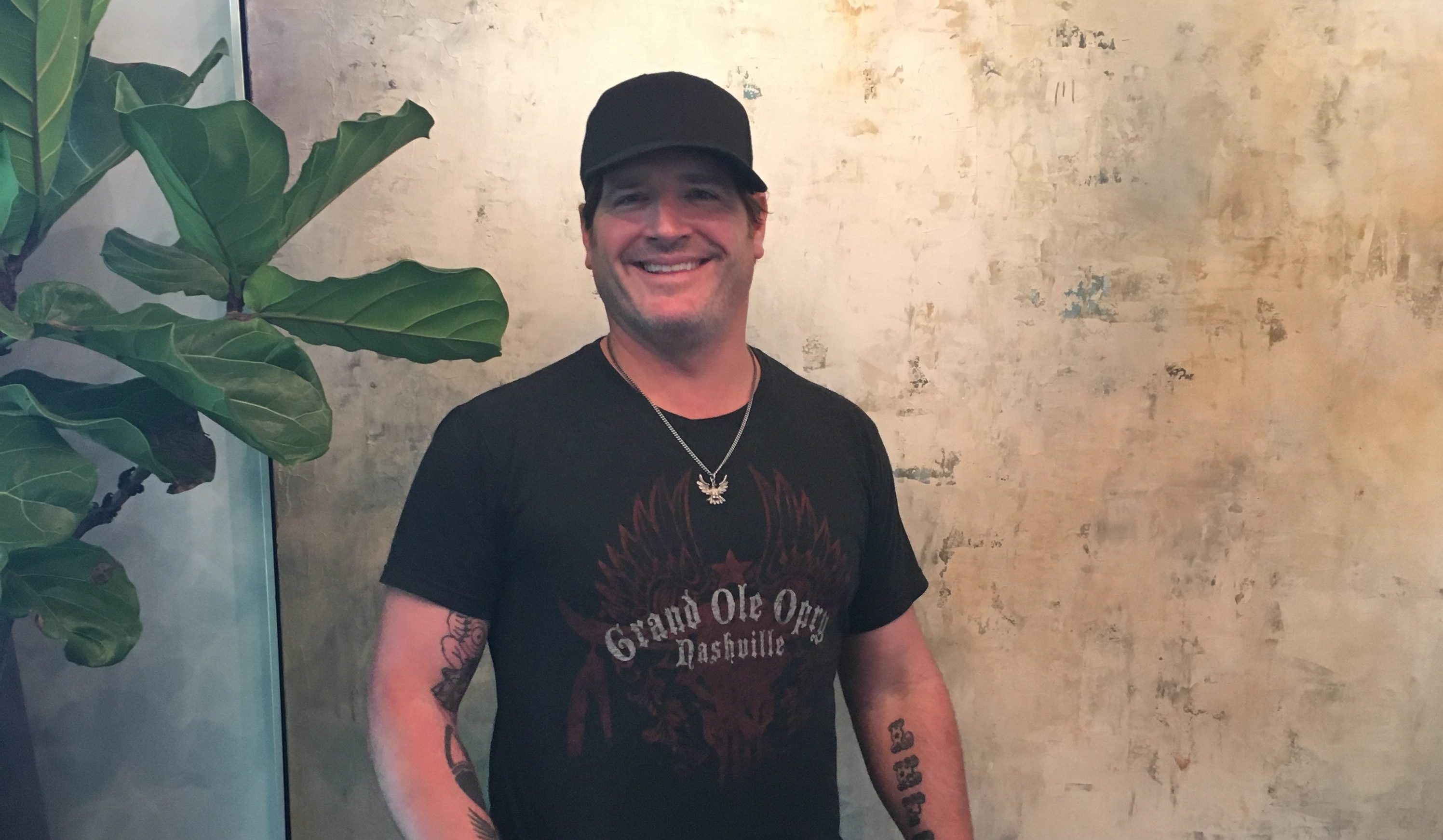 One of the most genuine and charismatic artists in Nashville, Jerrod Niemann, sat down with Celeb Secrets Country for an exclusive interview after finishing his first-ever USO Tour with the National Guard.

Niemann talked to us about his tour and shared with us one of the special moments he had while performing overseas. He also talked about his relationship with Brice and their collaboration on his single, “A Little More Love.” Plus, he gave us some details about his upcoming album and shared his go-to drink!

Watch the official music video for “A Little More Love” and then check out our exclusive Q&A with Niemann below!

Celeb Secrets Country: Tell me about your USO tour.

Jerrod Niemann: “It was incredible. I always try to mention our military on stage, but it took a few years to get the connections to line all of this up and I was very lucky to be able to do it. Not only was it incredible to see everybody there, I mean it was 128 degrees in Kuwait when we played, and here we have our troops decked out and standing there. The day before it was 136. Some of those places it was really hard and very emotional. There were athletes and actors, we had Tim Kennedy who is ranked 6th in the UFC, is a Green Beret, and a sniper and special forces, so we had a hardcore badass with us on the jet and he’s also an entertainer. To get there and see everybody was more fun than I ever imagined, more fulfilling, and made my heart even more full for our military, which I didn’t even know was possible.”

Celeb Secrets Country: Do you have a special moment from the USO tour that really stood out to you?

Jerrod Niemann: “Yeah, there was a girl that I met from Ohio and she started crying and I didn’t pry on why, but I gave her this necklace that I had. She looked at someone and told them this was the first time in a year that she’s felt like a girl. In moments like those, you just think, wow, you can’t imagine being over there, and when over there, everybody just feels like the same type of person, a member of the services. Before I went over there, I thought about what my role was and what I needed to accomplish for them, and it was to try and bring everybody home for a few minutes and that’s what we tried to do, so moments like that was unexpected. Or I ran into two different guys who didn’t know each other, but who I met from my shows, usually if we have military at my show I’ll bring them back stage and visit with them or give them a beer or whatever they like, it was just really fascinating and amazing and they’re so selfless. I wish the world didn’t paint such an ugly picture of our military.”

Celeb Secrets Country: Can you tell me a little bit about your charity?

Jerrod Niemann: “When I recorded my second album, it was called Free The Music, and I used a horn section, which have been in country since like the 20’s, and I wanted to show kids in school that those instruments can be cool too, and so basically we started out from taking instruments from people’s attics and refurbishing them, but really it’s been a lot easier to just team up and buy new instruments, and ever since, we’ve been donating money to programs that may have been diminishing in a year or two. It’s important for kids to find a community and maybe learn an instrument, meet some friends, and to help take pressure off of their parents. I think it’s important, whether it’s sports or music or even chess club, I think it’s important for kids to keep busy. I hung out with the wild crowd and the band kids and I could tell how easy it would be to get in trouble, so I was very grateful to have sports and music in my life.”

Celeb Secrets Country: “A Little More Love” is such a fun song! What was it like recording and shooting the music video with Lee Brice?

Jerrod Niemann: “I’ve been friends with Lee for 15 years, and any time we’ve had a chance, it’s always been fun. I don’t think we’ve even had an argument or anything. In Nashville, Randy Houser, Jamey Johnson, Lee and I, we all moved here the same time and we instantly stuck together. Lee and I just gravitated together — our birthdays are five weeks apart and a lot of bizarre similarities like our pass codes on our phones were the same — a lot of weird coincidences and I think we’re just kindred spirits. We have a genuine mutual respect for one another, first and foremost as friends and then musicians secondary, so getting to record with him was a long time coming. Our label found the song and he called me up one day and showed me the song and told me he thought we should record it. We thought it was a special message that needed to be heard, and especially now with all the violence going on this past week, the song isn’t preachy but hopefully it’s a feel-good record that might be able to help people feel better. That’s why I’m hoping people hear it and it brightens their day. At the end of the day, music is the universal language and it’s our duty to take people to different places, whether it’s past, present, future, as long as it’s a better place.”

Jerrod Niemann: “Yeah! I just finished recording the last four songs yesterday. I usually write a long more songs, I only wrote four or so on the album, but it’s cool being able to produce my own albums because I can interpret the album my way and bring it to life. What I love about it is the last three albums have been all over the board and I like to challenge myself and I guess, branding sakes, that’s not good because you go to a Mexican restaurant for Mexican food, not Italian. I like to challenge myself and put my foot over the line here and there. This one I feel is a combination of everything I’ve done in the past with these songs that I found. Diamond Rio, a 90’s country band, their harmonies are so incredible, and they were nice enough to sing a song with me, and of course Lee, I just feel like it’s a snapshot in time where I am in my life. There’s one less drinking song, one more love song.”

Celeb Secrets Country: How would you compare it to your other albums?

Jerrod Niemann: “Most of the other albums are more party-oriented. This one definitely some fun songs on it, but some of my albums are just pure party songs. This one is deeper, but it won’t make you cry, unless you chop it up. If you chop up my album, it will make you cry.”

Celeb Secrets Country: Do you have a release date?

Jerrod Niemann: “We’re shooting for the fall. It all depends where we’re at with the single. The single represents the whole album, so if it’s being heard, a lot more people are going to be directed to it, so I think I would love to do a fall release, if not, maybe Christmas.”

Celeb Secrets Country: Do you plan going on tour to promote it?

Jerrod Niemann: “Yeah, I mean, I never really go off tour, as you know, but yes, there will definitely be a tour around it. It really won’t just be a particular chunk of time but an ongoing tour of ‘A Little More Love.'”

Celeb Secrets Country: Do you have a favorite place that you’ve performed at?

Jerrod Niemann: “Well, obviously, bucket list places, such as the Ryman or, in Kansas, the Power & Light District for historical value, but just being from Kansas, it’s a giant courtyard that is three layers of bars in a semi-circle, so what they do is rope it off on the weekends, and if you’re 21, you can get in and you go to any bar in the whole place with your drink, so it’s a huge party and its free — the city pays for it. It’s just a gigantic blast. I’ve never seen a fight and I’ve played there six or seven times. The crowd makes you feel good. Also, I love the beach, I have a lot of songs about being on the water. Anywhere you can play outside with a breeze in your face, you know, maybe a cold drink in your hand.”

Celeb Secrets Country: What is your drink of choice?

Jerrod Niemann: “The next one. No, Jack and Coke, I guess. I think the reason I stick with Jack is because I know any city I go to is going to have Jack, if they didn’t, my liver would have a little bit of anxiety. I stick with something standard. Just like music, there’s people who put passion behind their product and so the wonderful folks at Jack Daniels, because I talk about Jack a lot, they send me cool stuff and I get to see their master distillers. It’s neat to see their passion and their heart and soul that they put into it.”

Celeb Secrets Country: What is your favorite vacation spot?

Jerrod Niemann: “Oh man, this is where my wife and I differ. I, once again, would like to be on the water, hell I’ll take a lake any day, but the ocean would be great. The world has so many beautiful things to offer. My favorite vacation places, I probably don’t know they even exist. My wife loves Europe, but I’m happy sitting around and getting a sunburn. I love Lee Ann Womack’s line ‘I hope you still feel small when you stand beside the ocean.’ I’m always humbled when I’m near the water, especially not being raised near it, it’s beautiful.”

Jerrod Niemann: “I can funnel a 6-pack of beer. I don’t know if I have any secrets that would be intelligent to tell. Lee and I stayed up for 72 hours straight in Vegas.” 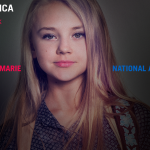 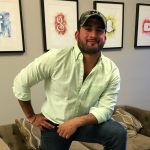