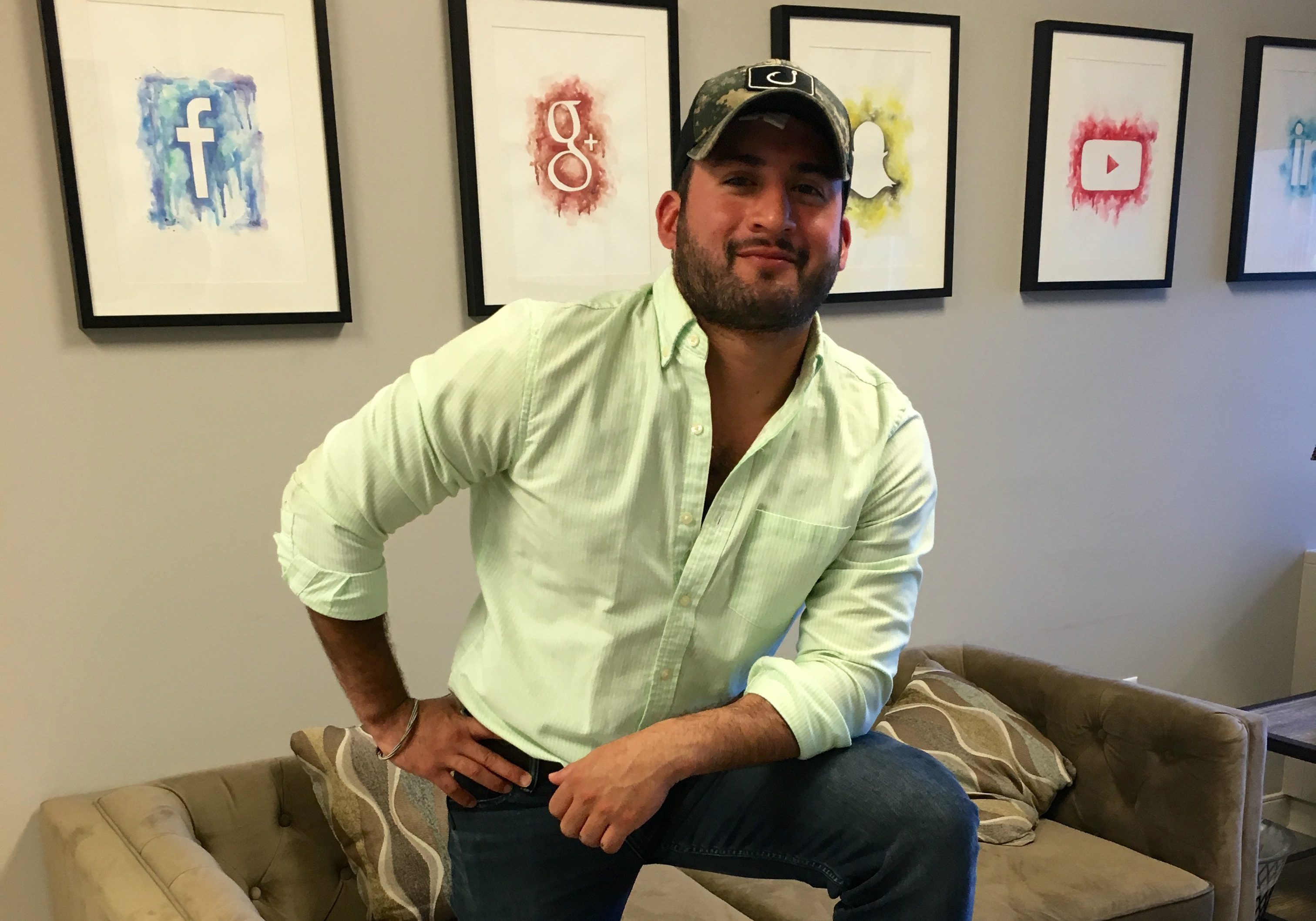 If you haven’t heard of Nestor AnDress, you’re missing out.

The native Texan released his first album Falling In Love in February and is getting ready to release the official music video for his single “Drunk At A Bar.”

Celeb Secrets Country sat down with AnDress to ask him all about his album and what it was like putting the music video together for “Drunk At A Bar.” The singer/songwriter also talked to us about being on the road, working on new music and trying to navigate social media, so make sure to check out our exclusive Q&A with AnDress below.

You can listen to AnDress’ “Drunk At A Bar” below and stay tuned for the official music video, which will be out at the end of the summer.

Celeb Secrets Country: Tell me about how your CMA Fest went.

Nestor AnDress: “That was a cool experience because it’s all over the place and there is so much going on, so you’re trying to take in as much as you possibly can in so little time. There’s not enough hours in a day. It was really cool. I learned a whole lot about how there are so many fans, country music fans, even if they’re not country music fans, they’re live music fans. It’s cool to see all of the shows and all of the different personalities of my colleagues.”

Celeb Secrets Country: You released an album in February, how is that going for you?

Nestor AnDress: “I love the record and I’m still not even remotely tired of it. It comes on and I’m like ‘oh man, I love this song.’ I’m just really proud, shocked, and humbled that it went to number 22 on the country albums chart. It’s so cool because you invest so much time and energy and vision and passion and emotion into the songs you write. When you go into the studio, you hope the producer can capture all of that, and I feel like he did more than that.”

Celeb Secrets Country: Do you write all of your own music?

Celeb Secrets Country: Do you have a favorite writer or artist who inspires you?

Nestor AnDress: “I love David Nail, and in today’s country, Dierks Bentley. Growing up, I listened to Bryan Adams and I have a lot of other favorite artists, even though I’m not sure if they wrote all of their own stuff.”

Celeb Secrets Country: What have you been doing recently?

Nestor AnDress: “I’ve been hitting the road and turning this career into one that’s going to be around for a long time. It’s been a very cool experience to learn. I feel like a student again, learning the business side of it, learning that, truthfully, it can’t just be about the music, you have to be able to build a foundation on to create a career out of it, just being on the road and giving these people, the country music fans of different regions, the experience of Nestor AnDress, so that’s been really cool. It’s been a lot of learning, a lot of working, a lot of living.”

Celeb Secrets Country: Where was your favorite place that you performed?

Nestor AnDress: “Texas, of course! I’m from Texas and there’s a festival that I’ve been invited back to, it’s down in south Texas. I’ve done some rodeos too. Those are really the coolest thing for me. For one, you go home, Texas, and it’s a different vibe and a different feel. It’s so natural and real. It’s not so much about the partying and it’s more about the music. I’ve loved going to all these different states and seeing all these different types of people and atmospheres, but Texas is definitely my favorite.”

Celeb Secrets Country: Who is your favorite person that you got play with?

Nestor AnDress: “I played the anniversary for Tootsies and there’s all these acts, it’s a plethora of artists. Everybody was just listening to everything that you do — it comes down to the picking of the guitar to a guitar solo to the breaking down of the fiddle or when I completely shut it down and I’m carrying that note — everybody is just absorbing everything, so as far as artists concerning that, there was Randy Houser, Jamey Johnson, it’s just a huge event.”

Celeb Secrets Country: What is your favorite part about being on the road?

Nestor AnDress: “So far, it has been the radio stations and traveling and seeing different areas. But all of the radio people are cartoon characters and I love it. You meet them for the first time and it’s like, wow, how do you do this, because everyone is so different. Also, after a show I will always do my best to spend as much time as possible with those who come to the merchandise table and shake hands and take photos and take you home with them for ten bucks, CDs and merchandise, not necessarily me. I don’t think I can pin one thing down.”

Celeb Secrets Country: Do you use social media to stay connected to your fans?

Nestor AnDress: “I’m still trying to figure out social media. Because of the fact that my personality, I’m always on fire and always going and talking, and so it’s hard for me to bring out the phone. I’m not the selfie kind of guy but I’ll do it! Social media, we’re definitely working on it. Snapchat is tough. You’ve got like ten seconds and I’m learning. I’m an in-the-moment kind of guy and I don’t have a person videographer.”

Celeb Secrets Country: Are you already working on new music?

Nestor AnDress: “Oh yeah, for sure. Constantly thinking of the journey, it’s my life and everything about my life. I keep a journal so I constantly am writing stuff down. I write a lot of poetry. Two of the songs off of the record are from a poem of mine. I’m really excited about this next record. It’s going to bring in a whole different side of Nestor AnDress. First one was falling in love, very passionate and transparent, and it takes you as if you were the camera in the movie and watching me love or get my heart broken or having nothing but the good times. On this next record, I really want to incorporate the stallion, the one who runs and isn’t afraid to bleed, and who isn’t afraid to fall, and who isn’t afraid to turn the other cheek. Bring out the spurs on the next one.”

Celeb Secrets Country: Who are your top three favorite artists?

Nestor AnDress: “Frank Sinatra, I love Frank Sinatra, Waylon Jennings, and of course, George Strait. They really make me feel something and they take me somewhere. It’s like reading a book or watching a movie. Those types of artists really paint a good picture and it’s like living another life, or you’re living in someone else’s boots. My first performance ever was an 8th grade talent show and it was a great year, both athletically and academically, and I didn’t even know I could sing. It wasn’t me showing off any talent, it was just from me always being outspoken. I wanted to just give something to the other students, just to have them remember me. My vision was like you guys all go and live and don’t forget me. It was really cool to look back on it because I didn’t even really learn the guitar or get into music until college. That experience really set the foundation to what I want to accomplish now. It wasn’t about showing a talent off, it was about giving, which is what I want to do with my career now.”

Celeb Secrets Country: How did you decide you wanted to be an artist?

Nestor AnDress: “I’m not really sure. I think it all came back to the fact that it was a moment, it was a moment when I said I wasn’t going to go to law school. I was playing a rodeo down in Texas and people wanted to hear me play and sing. I created a fan base just because it was fun. I brought my mom up on stage and I sang a song I wrote for her called “Mom” and she heard the audience singing it back and it was at that moment when she said, ‘You were born for this.’ It was really cool to be confirmed from her because she is my queen, more than anything, you want to make your mom proud. I think that’s when it was.”

Celeb Secrets Country: If you could describe yourself as an artist and a person in five words, how would you do that?

Celeb Secrets Country: You have a music video coming out for “Drunk at a Bar,” can you tell us about that?

Nestor AnDress: “I wrote the music video with my friend and I wrote the script with a director. Those are two cool things because you usually write a song for a movie scene, but this time, you’re writing a short movie for the song, so it’s really cool because what I wanted to accomplish was to show what I meant because “Drunk at a Bar” has nothing to do with being drunk at a bar. It has to do with the desire for the one who ignites the fire. That’s coming out at the end of the summer, no date so far, I want to build it up as best I can. We’re also releasing a deluxe version of the album, and with the deluxe version, is a docuseries about the stories behind the songs and who played a part in it. There were so many cool moments in the studio and here I am trying to paint the picture. We stripped it down to make it sound like I’m right there, in the living room or on the back porch, wherever you’d like me to be.”

Celeb Secrets Country: Since we are Celeb Secrets, do you have any secrets or fun facts that you’d like to share?

Nestor AnDress: “I’m afraid of heights and I’m not a very fearful person. I think my fear of heights comes from the fear of falling and not having control.” 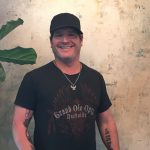 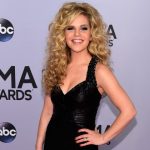