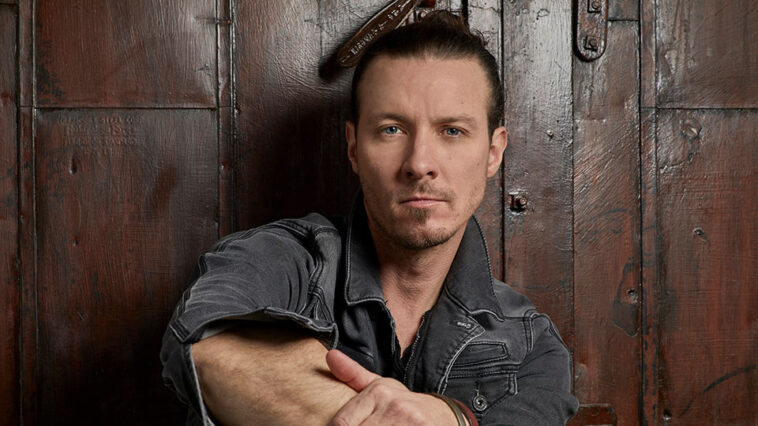 Getting his start in music by singing in Sunday church services, Rayne Johnson grew a loyal fanbase by playing in honky tonks and singing on demos. Between working a full-time job on the railroad – a position he’s held since graduating from high school — and creating music, the Fairfield, OH native has put in overtime to introduce fans to his first full-length project, which dropped in October. The self-titled EP features some previously released songs that garnered the fan following, including “Laid Back,” which gained over 1,700,000 plays within its first few months on streaming services, and “Front Seat,” which cracked the Top 40 and hit over 24 million total streams.

While gearing up for the EP release in October, the rising country artist began to show symptoms for COVID-19 and immediately went into quarantine.

“Literally days before my EP dropped, I came down with COVID,” Rayne shared on his socials. “My son was exposed at school and five days later we were contacted to let us know. But we had already been on a camping trip, sleeping in my Jeep about 12 inches from each other…so that was it.”

The virus took a heavy toll on Rayne, who is proud to say that he is back at almost 100%. He shared the full story on his social media accounts to fill in his fans who are used to hearing from the Ohio-native on a weekly basis during “Rayne’n and Pourin’” — a web series which is live nearly every Wednesday on his Instagram and Facebook.

Bringing a touch of soul to Country music Celeb Secrets Country hops on the phone with Rayne to talk about the creative process behind the record and more. Take a read at the full Q&A below and don’t forget to follow Rayne Johnson on Instagram for more.

Celeb Secrets Country: Tell us about your self titled EP.

Rayne Johnson: “Its a big EP; it’s a long one. We went ahead and threw 9 songs on it that we’ve been keeping for a long time. I released 5 [of those] songs to streaming services and we didn’t want to just have the songs on the EP that I already put out; we thought that we’d give everybody some new stuff. I’m super, super excited about it. I’d say most of it is a really good representation of my personality and just how I am. There’s some special songs in there that have really done well, like ‘Front Seat’ has done really well. There’s a ballad on there called ‘Love ‘Em While You Can’ that I think is going to be really, really good because it’s like a life song. It’s about going through stuff and losing people in your life. I’d say ‘Bring it Back’ I’m really excited about. I got to write it with a veteran songwriter, Walt Aldridge, and I’d say it’s the rock side of me. Overall, I’m just super excited and excited to get it to the folks that have supported me for so long.”

CSC: What was it like writing with Joe Jordan and Walt Aldridge for ‘Bring it Back’? Can you tell us what it was like in the writing room?

RJ: “I’d definitely say it was special, it was a cool weekend. I remember Joe and I got an Air BnB and we were up until like, 2 or 3 in the morning and we got not a whole song, but something presentable. When we got to Walt’s place to write, he’s like, the coolest guy. He’s super chill and like, ‘you want me to make you some coffee?’, just really, really cool. We sat around for a while and he and I hit it off. We actually met the night before at a writer’s round that he had headed up, but it was an unofficial meet so the next day [at his house] was our official meeting. We hung out for a while and then I pitched him an idea that I had; I don’t even think that ‘Bring it Back’ was the one that we really ran with right at the beginning-we worked on that song a little bit later. It was just cool to not only be able to participate and write with him, but actually be able to put in some input. Then to watch him and his process was cool to me because he gets really quiet for a minute and then he’d put his head down and a few minutes later he’d be like ‘what do you guys think of this? and it would be almost a whole verse. I love to do co-writes, that’s when I feel best in the room with other people because I’m a social kind of guy. If anybody asks me, it may not be the most successful song on the record but it’s probably my favorite song to play live because of how it feels and the one I have the most connection with just because I have that cool story.”

CSC: Can you tell us about your single ‘Laid Back’ and how has the fan reaction been?

RJ: “The reaction has been really good. Fan wise, the reaction has been really great and everyone says they love it. I’ve gotten a lot of good feedback from country radio; they get songs all of the time so it’s really cool to hear them say ‘wow…’ I’ve even had them say ‘has this song been out before?’ or ‘I was singing the chorus the second time’. To me, those are really good signs if someone is asking me if the song has already been out before because it has that familiarity to it before you even get to the end of it. Everybody seems to love it. I just hope and have my fingers crossed that the folks like it.”

CSC: What is one thing you want people to take away from listening to your music?

RJ: “Like I said earlier I feel like in most of the songs, most of the song is something that I’ve experienced or something I’ve been through with a friend or a relationship or stuff like that. I feel like music has different depths; there’s certain lyrics you can dig really deep into and sometimes you hear songs and you don’t know which part the writer dug deep for or which part is just ‘hey we’re hanging out on the weekend’. I feel like if someone takes the time to listen to this EP they’re going to know me better, even if they don’t follow my music. Something that I’ve said for a while is I grew up listening to classic country quite a bit, but I’ve also felt more drawn to the style of r&b with the runs so I want to bring that storytelling back.”

CSC: Since we are Celeb Secrets Country, we have to ask…What is one thing fans may not know about you by listening to your music?

RJ: “Ooh, that’s a good question. I’m very outdoorsy. I love hunting and fishing and things like that, and my image probably doesn’t really put off that and I haven’t really talked about that in songwriting much. And a funny thing is, I’m a really good whistler. Nobody would ever know that. My grandpa was a really good whistler and I grew up around my dad whistling too. I’ve always just liked to whistle, whistle melodies to songs or whatever. It’s really funny because even my manager one day was like, ‘I didn’t know you could whistle that good’- I thought everybody could whistle, I didn’t know.” 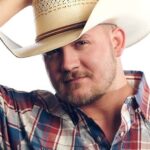 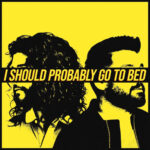