Get ready to hear those wedding bells ring!

Kristian Bush is kicking off wedding season with multiple national TV appearances this week, including a performance of his love song “Forever Now (Say Yes)” — the theme for the hit TV series Say Yes to the Dress  — on NBC’s TODAY Show. Bush will also make a special guest cameo appearance on Say Yes to the Dress this Friday (5/13) to help his guitar tech’s fiancée, classic country girl Evyn, find the perfect dress.

Bush’s first trip to Kleinfeld and an inside look at the magic of wedding dress shopping inspired him to write “Forever Now (Say Yes).” The joyous music video for the song features a behind-the-scenes look at Bush recording and performing the song in his Atlanta recording studio.

Make sure to catch Kristian Bush on TODAY this Thursday, May 12th @ 7AM on NBC and Say Yes to the Dress this Friday, May 13th @ 9PM ET on TLC. Watch the music video for “Forever Now (Say Yes)” below. 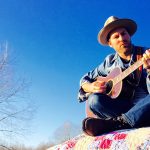 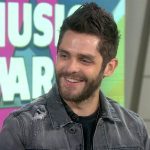