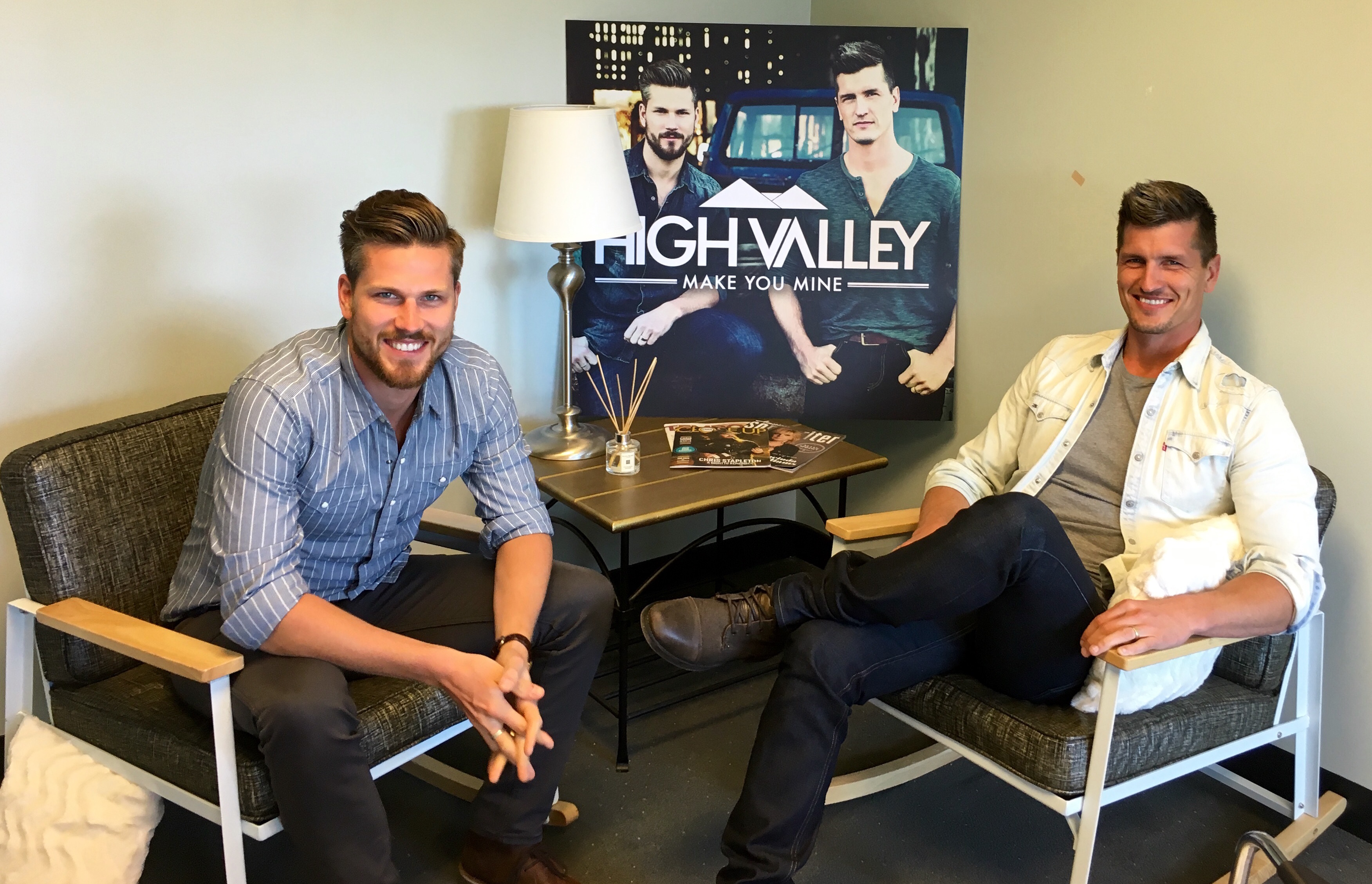 With the 2016 CMA Music Festival only a few weeks away, Celeb Secrets Country has been giving you the latest on all things you need to know about country music’s biggest event of the year. Today, we are introducing you to Riverfront Stage performers High Valley.

High Valley is a unique duo from Canada who are quickly on the rise in country music. Their hit single, “Make You Mine” is the perfect combination of bluegrass mixed with pop.

The sibling duo — Brad and Curtis Rempel — moved to Nashville in 2010 and have been working towards their dream of sharing their music ever since. They are originally from a small town in Blumenort, Alberta, where they had no radio or television and grew up using their creative devices.

The current single “Make You Mine” is the perfect combination of bluegrass mixed with pop. Released last year, the music video caught many country music listeners’ attention and began to sell faster than a wildfire on iTunes. Since the instant success, the duo has signed a recording contract with Warner Music Nashville and have been crafting their sound all while working on a full-length album.

Celeb Secrets Country had the opportunity to sit down with the guys in Nashville last week to talk all things music! In our interview, Brad and Curtis talk about why they wanted to pursue music as a career, their hit single, playing the Grand Ole Opry, and performing with Little Big Town and Keith Urban. They even talked about performing at CMA Fest and revealed some silly secrets about each other — take a read at the full Q&A below!

Make sure to catch High Valley on the Riverfront Stage at the 2016 CMA Music Festival on Saturday, June 11th @ 4PM CT.

Celeb Secrets Country: Your single, “Make You Mine,” is out now – what stood out to you that made you want to record it?

Brad: “”Make You Mine” is very retro and its very progressive at the same time. It combines our world, which growing up, we had no radio and no TV…practically the North Pole. We didn’t know Michael Jackson, we didn’t know Prince, we didn’t know anyone famous… we’re still catching up. We missed everything before Miranda Lambert and Eric Church or the Lumineers, we missed everything before them other than the old school gospel stuff and bluegrass. That’s why “Make You Mine” is so special, it summarizes our life and where we come from and where we’re going in one nut shell.”

Celeb Secrets Country: How did you decide you wanted to pursue being a country duo and just leave everything you previously knew?

Curtis: “We grew up in this town, we started playing locally and that part was a gradual thing, but we did miss like two decades of pop culture. We finally started expanding from playing local gigs and played at a festival that was a three hour drive from our hometown. So eventually we played that, and had to set a new goal. It was just like steps and then one thing led to another and we found ourselves in Nashville cutting a recording and it has just been like this evolution.”

Celeb Secrets Country: How do you think missing out on a lot of music effected your creative abilities or the type of music you make now?

Brad: “I think growing up where we did, it focused us to be creative, not just with music, but with everything. You have to create your own entertainment. You can’t sit there and watch somebody else do something, which I think was incredibly healthy.”

Celeb Secrets Country: You performed “Make You Mine” at the Grand Ole Opry with one of your biggest influences, Ricky Skaggs – what was that like?

Curtis: “It was crazy, I remember playing at the Opry and he had just introduced us to the crowd and I’m playing and I’m singing and I look over my shoulder and there’s Skaggs giving me this nod of affirmation. Skaggs was hearing me play mandolin and he’s giving me this nice smile and a nod, and I’m like, holy smokes.”

Brad: “I was just thinking during the whole thing, try to enjoy every minute, every word, try to look around and smile and just think about how good this is, don’t just let it fly by. Of course, it still flew by. We’ve got to play the Opry a couple hundred times to let it sit in, that’s the new plan.”

Celeb Secrets Country: How do you think that “Make You Mine” shows your development as a country duo?

Brad: “I think on the progressive side, it shows our lack of development and how old school it is. On the other hand, our producer is so progressive that its like a tug-of-war where we come at him with all these bluegrass instruments and he comes at us with progressive pop ways of production. You need a little bit of that new school methods of making sure people are going to dance and stomp their feet and clap their hands and have a good time. Its like we always say, we want “Make You Mine” to be like a barn dance from the good old days that magically found its way into 2016 and doesn’t look out of place. Country is a wide group of people that like a lot of different things, there is a definite root and a definite theme to it, and we’re just proud to be one little spoke in the wheel of country music right now.”

Celeb Secrets Country: Who was a large influence on your music and how would you describe your sound?

Curtis: “Diamond Rio was huge for us. We’re all about harmony and positive family friendly lyrical content.”

Brad: “I think vocally and even lyrically, Diamond Rio was a massive influence. Also, Dixie Chicks. If we could ever be accused of sounding like a male version of the Dixie Chicks, I would be very proud of that.”

Celeb Secrets Country: Are you guys working on an upcoming album? What can you tell us about it?

Curtis: “We’ve got seven songs completed and we’re just over half done, and we’re hoping to release the album late this year.”

Brad: “We have our own thing and we want people to hear High Valley and we want them to know its High Valley, but you can’t record the same thing ten times.”

Celeb Secrets Country: Do you have an upcoming tour? What can you tell us about it?

Brad: “There is a possible upcoming tour…we’re just ready to get out there and hear fans sing “Make You Mine” back to us.”

Curtis: “That’s going to be super sweet, I’ve seen a bunch of bands play at that stage over the last few years and I always thought it would be super cool to play on that stage. I honestly didn’t even think that this year it would already be a possibility and now we’re booked to play it, so its super exciting!”

Brad: “Water. Drinking water. It is always the hottest week of the year so its like I feel all I do during CMA is turn around and look for a bottle of water so I don’t die.”

Celeb Secrets Country: Are there any embarrassing or funny stories that you have from performing with artists such as Keith Urban or Shania Twain?

Brad: “When we opened for Shania Twain, right before we opened they told us there was nobody to introduce us. So we asked them to make the stage pitch black and I walked out there and said ‘Ladies and Gentlemen, please rise and join us in singing….High Valley’s first song.’ So everybody thought it was the National Anthem so we had a 15,000 person standing ovation for our first song.”

Curtis: “They were laughing, a lot of them remained standing.”

Celeb Secrets Country: What is the most humbling moment you have had so far?

Brad: “I have humbling moments everyday, because I write songs everyday and so we write many many many songs trying to get a couple recorded.”

Curtis: “Was it humbling when your pants ripped open?”

Brad: “More frustrating. My pants ripped on stage, thankfully we duct taped them back together. I don’t think a single person took a picture. We were singing the Backstreet Boys in German, we grew up speaking German.”

Curtis: “That’s probably a secret that people want. See we covered a Backstreet Boys song in German. Anyways, so Brad was walking one direction and then he changed directions and in that moment the denim parted. I used to sing lead in one song and I could not remember the words because I had to sing right after this happened, it was somewhat distracting.”

Curtis: “I can balance a banjo on my face. I like to juggle. I want to have a pet bloodhound, I have never told anybody that.”

Brad: “I’m scared of cats. Also, Curtis likes watching YouTube videos more than most people like breathing or being alive. Oh, and our immigration status in the United States of America is “aliens of exceptional ability.” That’s what it reads on our visas, we have to prove to the government that we’re going to improve that livelihood of the average America. Your quality of life is in our hands, according to the government.” 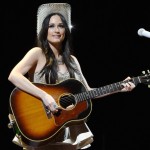 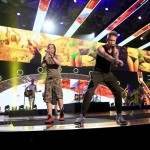