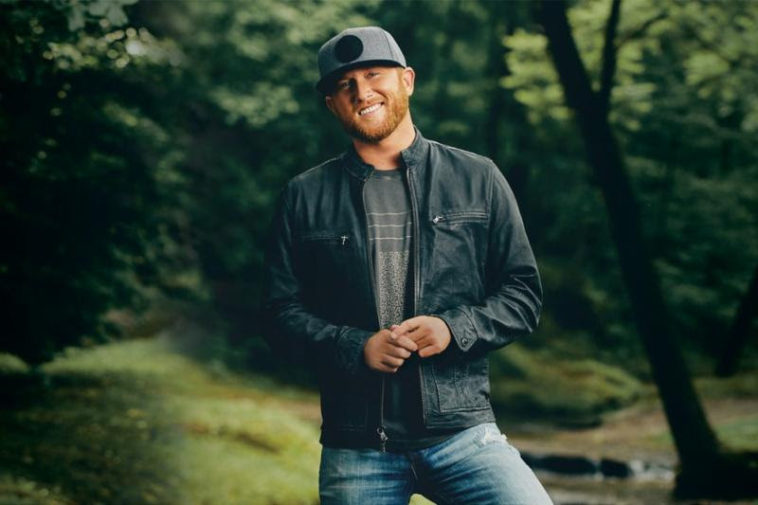 We are so excited to share this week’s top picks from the freshest releases. This week’s playlist includes yet another smash from country chart-topper, Cole Swindell, releasing the 4th track off his forthcoming EP, Down Home Sessions V, called “Right Where I Left It.” We’re also loving “Hope You’re Happy Now” from powerhouse vocalist, Carly Pearce with Lee Brice – plus many more.

Check out the hottest country releases of the week — and let us know what you think by either leaving a reaction at the bottom of this post or by sending us a tweet at @CS_Country!

Cole Swindell – “Right Where I Left It”

Cole’s iconic emotionally driven songs have struck our hearts yet again with his newest track, “Right Where I Left It.” Written as an ode to his hometown, the track pulls on your heartstrings and we are loving it.

Another breakup smash is here to shake us up this week when Carly brings country star, Lee Brice onto her new single, and their vocals are breathtaking. We can’t get enough of this duo.

Country star Lauren Alaina releases her brand-new song, “Getting Good” today, with an official radio add date of Oct. 7.  With “Getting Good,” written by Emily Weisband and produced by David Garcia, the critically-acclaimed and celebrated Georgia vocalist gives listeners an encouraging, upbeat reminder to live in the now.

Prolific country icon Ronnie Dunn, announced “How Long” and “That’s How I Got To Memphis” are the next singles from his upcoming solo album RE-DUNN today. The two newest releases from his highly anticipated covers project are available now.

Beyond the Sun – “Holding on to You”

This on-the-rise band released a powerful new ballad, “Holding on to You” ahead of their two-part album, Shuffle, releasing soon. The track’s moving lyrics and magnetic beats give us vibes of Coldplay meets Dan + Shay. Holding onto this one all weekend long!

Jon finally released his new album and it’s giving us traditional country magic, filled with real drums, loud-and-proud fiddles and tangy steel guitar that bring us back to our 90’s country roots.

Kalie Shorr, releases her debut full-length album, Open Book, today. In her own words, the past year was the toughest of Kalie Shorr’s life, with the tragic loss of a family member, the forceful ending of a long term relationship and the struggle of finding her identity through it all.

We are SUPER excited about this one. Haley & Michaels teamed up with the 49ers to create the official music video for the NFL team’s anthem of the season. How cool is that? The husband-and-wife duo’s song was not only featured in Netflix’s Walk. Ride. Rodeo., but the two will perform the hit single on Monday Night Football at halftime for the 49ers game against the Cleveland Browns on October 7. They dropped football themed music video as the icing on top of the cake.

We can’t get enough of Canaan! The “Country Boy Things” singer been giving us hit after hit these days – and we are ecstatic about it. The country star’s authentic lyrics and classic storytelling will be stuck in your head in the best way.

Stephen Paul – “Off My Chest” EP

Known for his relatable lyricism, vocal depth and sincere delivery, country artist Stephen Paul released his highly anticipated new EP Off My Chest today. Now available to stream and purchase, this is Paul’s second EP release – the first was Louisiana Heat in 2017. Off My Chest, produced by Lalo Guzman, features six tracks, including previously released singles “Lookin’ For Me” and “Leaving Louisiana” – which currently has over 300,000 streams on Spotify alone.

Kelleigh Bannen is releasing the music video for her sultry song, “Diamonds” today (9/27). Featuring a first-time, on-screen romance, Bannen teamed up with actor Brendon Beck to bring the story to life. Bannen was inspired by the infamous Marilyn Monroe performance of “Diamonds Are A Girl’s Best Friend,” and in a recent Billboard interview, she shared, “We spent the day just trying to figure out how to make [‘Diamonds’] both about the bling, but also about the kind of love that makes you wanna put a ring on it. “Diamonds” is available (HERE) and fans can watch the music video, directed by Carlos Ruiz, here:

With overwhelming fan support for his version of “God’s Country,” Atlantic Records/Warner Music Nashville recording artist Devin Dawson has created the #MyTake series, which will showcase his own ‘take’ on songs he wrote or co-wrote previously cut by other artists. The first track in the series, “Truck I Drove in High School,” was featured on Mitchell Tenpenny’s second studio album in 2017 and is available everywhere today.

Big Loud Records up-and-comer MACKENZIE PORTER reminisces on those days in the official “These Days” music video, out now. Directed by Tyler Conrad, the nostalgia-inducing clip spotlights Porter reflecting at the piano, while vignettes of a love lost are projected around her. The upbeat track features wistful lyrics – penned by Porter, Jordan Sapp and Parker Welling – throwing it back to a ’98 Chevrolet, old-school Country, dive bars and matching tattoos.

With the recent announcement that his family of four will soon be of five, it is only fitting that Curtis Rempel and his brother Brad, twice a father himself, of High Valley aim to pay tribute to “Your Mama” in their brand new song, available today.

Written by Ben West, Josh Miller, Troy Verges and Florida Georgia Line’s Tyler Hubbard, the mid-tempo country tune is a parent’s heartfelt message to their child about “the one who brought you in the world… the one who makes it all okay when everything goes crazy.” Check out the song’s fitting visualizer below. 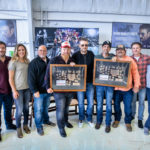 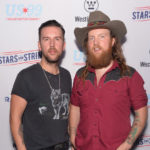