It has been a busy spring so far for Grammy Award-winning singer/songwriter Kacey Musgraves.

Kacey headed out west to Denver, CO, where she performed a special 4/20 show to a sold-out crowd at the famed Bluebird Theater, and then opened for George Strait as he kicked off his new Strait to Vegas shows at the recently-opened T-Mobile Arena April 22 and 23. Kacey will return to Las Vegas to open for George again in September and December.

Later this week, Kacey will bring The Kacey Musgraves Country & Western Rhinestone Revue to Wichita, KS on Thursday, April 28; Des Moines, IA on Friday, April 29; and Columbia, MO on Saturday, April 30. Kacey will take over the West Coast again later this year, with a performance at Los Angeles’ Greek Theatre on Sept. 14 and two performances at The Fillmore in San Francisco Sept. 16 and 17. 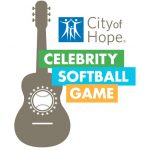 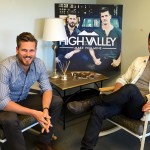