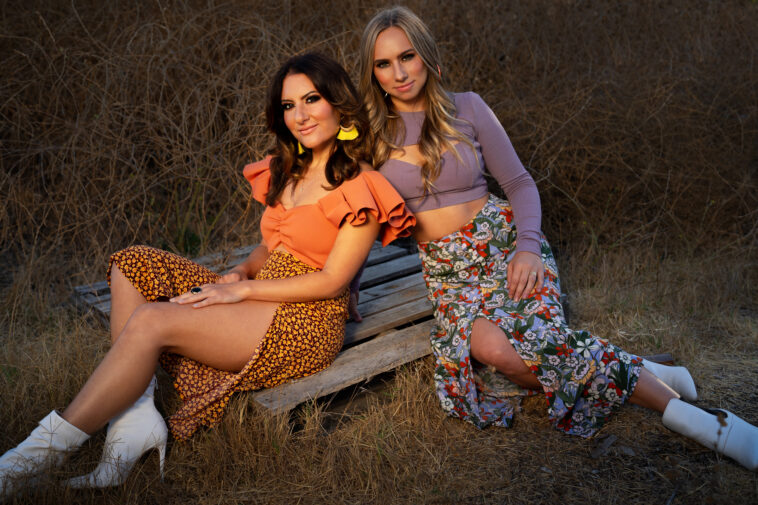 Glamorous country music duo Honey County is not afraid to flaunt what their mama gave them on and off the stage. Whether it’s their vibrant personalities, remarkable vocals, or even their off-the-chart fashion sense – Dani Rose and Sofie Lynn are ready to show the world the queens who made them into the person they are today.

In honor of Mother’s Day this year (May 9), the powerhouse female group is gearing up to release their “Got It From My Mama” music video and Celeb Secrets Country has your first look.

The sincere track was one of the very first songs the two penned together, as Sofie recently joined forces with Dani. After watching Dani win over a crowd at the House of Blues in Anaheim back in 2019, the Los Angeles native was eager to create some magic with the spunky musician she saw on stage that night. Therefore, Sofie reached out via social media to collaborate and the rest was history.

The two took the world by storm and dominated Stagecoach and CMA Fest right before the pandemic declared a sudden halt on the entertainment industry. Dani and Sofie quickly got to know each other while writing and recording during quarantine, which got them from bandmates to best friends in a blink of an eye.

During the height of the pandemic and with Mother’s Day quickly approaching, Sofie wanted to give her mom a little something that she could cherish forever. So, in true singer and songwriter fashion – “Got It From My Mama” was born. “I wanted to find a way to honor who she is, and the person I am because of her,” says the rising artist to American Songwriter. Once Dani heard the sentimental track, she immediately put her sassy twist on the lyrics to make it upbeat and relatable for all.

“If you like the way I walk / The way I talk / The hazel in my eyes/ The songs I sing/ How big I dream/ Laugh until I cry / Why my heart is on my sleeve/ and I scream when I hear Madonna / Everything good in me I got it from my mama,” sings the dynamic duo.

Honey County reached mega-success shortly after the release. However, it was the power of TikTok a year later that brought this single to new heights. The video generated over 300K views and more than 250 app users utilized the song to craft their own slide show that represents their relationship with their mother.

@honeycountyGOT IT FROM MY MAMA midnight tonight! ##gotitfrommymama ##mothersday ##singersoftiktok ##originalmusic♬ Got It From My Mama by Honey County – Honey County

“We’ve been overwhelmed by the response from fans of our song ‘Got It From My Mama’ and after we posted it on TikTok we saw hundreds of videos and picture collages people made of themselves with their moms,” says Honey County in an exclusive Celeb Secrets Country interview. “We were so touched we put together a video with all of them to show off some beautiful mama’s on Mother’s Day!”

While watching the joyful and emotional music video, you will see fans from diverse backgrounds showcasing their love for their mother – From a mother-daughter pair raising a glass of tequila, soaking up the sunshine in matching one-pieces, to even embarrassing, yet memorable moments.

Now, one thing that Dani and Sofie received from their mamas was their heart of gold. The two recently put together a GoFundMe for a loyal fan who happens to be a special super mom. Once the two heard the devastating news about a horrific motorcycle accident that involved one of their fan’s husbands, they knew they had to do something to help.

“We heard what happened from one of her friends, who told us that she’s been craving a live concert, but couldn’t leave the house because she was caring for her three boys and her husband,” says Dani about the heart-wrenching incident. “So, we decided to surprise her at home with an acoustic concert and we were all crying by the end of it. After that we wanted to do more and put together this GoFundMe for her to help with medical expenses,” she adds.

Performing small acts of kindness is a lesson we all learn from an early age – if more individuals go the extra mile to lend a helping hand to their communities and acknowledge the important people in their lives more often, the world would become a better place. Honey County is becoming trailblazers within the country music scene and is a fine representation of using their influence and platform to spread positivity.

Consider donating to their GoFundMe HERE and check out their chilling music video for “Got It From My Mama.” Let us know what you think of their hit track by leaving a comment below or sending us your thoughts at @CS_Country. 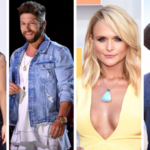 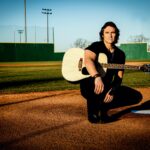