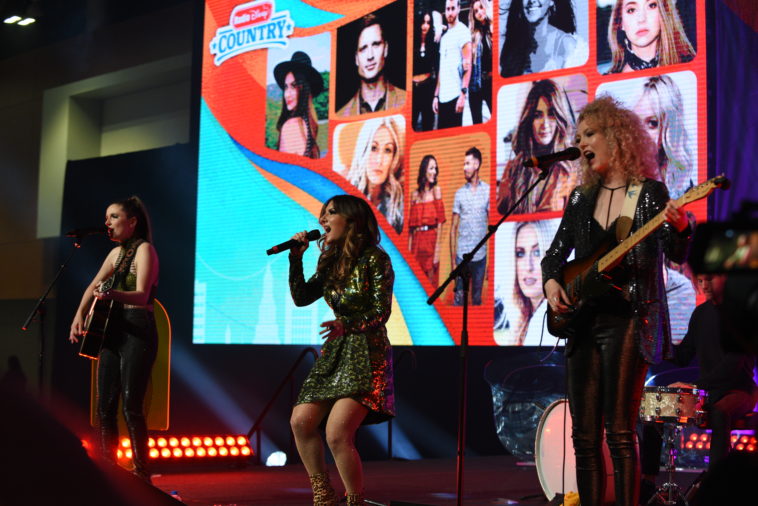 Named a one to watch by multiple music platforms, Honey County — the all girl-power trio made up of Dani Rose, Devon Jane and Katie Stump — are making it easy. From creating one of the most uplifting and inspiring tributes “Country Strong” for the victims and survivors of the Route 91 Harvest Festival and Borderline Bar shooting to releasing their an intoxicating EP High on the Radio earlier this year, the singer-songwriters are blazing through the year with all eyes on them.

Celeb Secrets Country sat down with the talented trio during the 2019 CMA Music Festival in Nashville last month to chat about their experience on the Radio Disney Country Stage, the boundaries they hope to push with new music and new clothing styles.

CS: How does it feel coming to Nashville for CMA Fest knowing that you can play, people will come support you and that you have Radio Disney backing you guys? They’ve been supporting you for a really long time.

HC: “It’s awesome. It’s cool to be a California based band and to be invited officially to Nashville to play in their music festival. It’s like, ‘now you’re one of us and you’re playing the game.’ It’s really special. We’re so grateful for the opportunity to do this with Radio Disney Country but we’re also playing again on Saturday at the Spotlight Stage, so it’s a neat experience. Last time we did CMA Fest in 2017, we only did one stage, now we’re doing two. So it’s growing and that’s exciting.”

CS: You guys performed unreleased songs. Can you tell us about them?

HC: “Well it’s some of our favorite songs. We’re writing a lot of new material. Some of it we have recorded and some of it we don’t but we’re really excited to put it out. It’s different sounds for us and it’s pushing the boundaries a bit. I got chills when we did ‘Cry Wolf’ on stage. ‘Cry Wolf’ was our favorite.”

CS: Can you guys elaborate a little bit more on those songs? Do you have any release dates? What was the writing and recording process like?

HC: “We don’t have any release dates yet but we’re kind of working on recording a couple different ones. We’ve just been busy running around so it’s tricky to find time to sit down in the studio and get creative but we’ve been finding pockets of time to work on stuff.”

HC: “I guess in general we’re just trying to push the boundaries of country music a little bit, hopefully in a way that people like. We’re just trying to make something that hasn’t been heard yet, that has a different vibe and a different feel. Something fresh. Being inspired from more pop bands with harmonies and the rhythmic feel, pulling from some of those elements and making it into a country format. Pulling from California influences while still keeping with the storytelling of traditional country music.”

CS: Are there any country artists here you look up to musically while you’re in the studio that inspire you?

CS: Have you done any other instruments or just vocals?

HC: “Well Devon shreds, and we’ve been playing around. I’m not a producer at all but I have a home studio set up and Devon and I have been having fun just dinking around in logic. We’ve been experimenting with different sounds and just trying to map our songs out in demo form for fun and it’s been really cool. So I guess that’s been a new thing that’s been challenging and fun.”

CS: We love your outfits! You have a costume designer; tell us how you picked these outfits and how you put everything together.

HC: “Well we didn’t do anything. Miranda is our costume designer. She has us run around. Our closets aren’t combined but in Miranda’s mind they are so we’re having to constantly go back and fourth because she’s like, ‘oh yeah just put on that with this other thing.’ So I’m like, ‘Okay I have that, so I’ll drive over the hill.’ But we’ve figured it out. She’s really, really great. We love and adore her. “

CS: Do you feel like it’s been influencing your style when you’re shopping for clothes?

HC: “100 percent. I have such an awesome closet now with great clothing. I’ll be out not even looking for anything and I’ll see something and think, ‘oh Miranda would love that.’ I’ll take a picture and send it to her and she’ll say, ‘Yes get it now!!’ So I’m learning, but it’s inspired me to be more daring with clothing. It’s just so fun.”

CS: Would you see yourselves taking these style risks if you didn’t have your stylist with you?

HC: “No! Not a chance, we would look like a hot mess. Sweatshirts and leggings are my daily clothing when I don’t have show clothes on. Devon would look exactly the same and I would be like, ‘oh my God what do we do?’ Dani would come very well dressed and the rest of us would look like slobs so it wouldn’t look unified.” 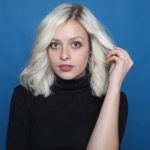 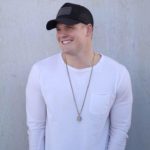