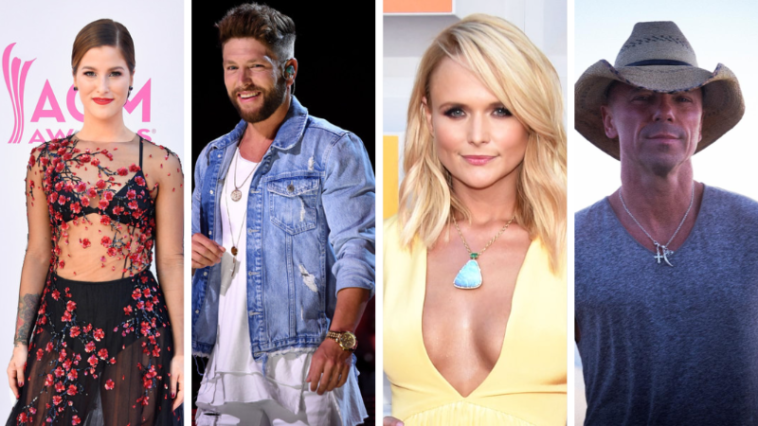 Can you believe it’s already Fri-yay? It feels like yesterday we were announcing Thomas Rhett’s full new record Country Again (Side A). Now, we are giving you your daily dose of female energy that will help you kick-start your weekend strong.

Country music star and the first woman to ever win The Voice on NBC, Cassadee Pope just released a banger called “What The Stars See” and we already have it on repeat. The powerhouse vocalist teamed up with Lindsay Ell and Little Big Town’s Karen Fairchild for their breakup-inspired track.

The lyrics that make up “What The Stars See” are almost too relatable, as Pope catches herself wondering what her ex-boyfriend is doing at every waking moment. While several might believe the artist is overthinking or becoming obsessive – the lyrics will hit home for many as it is easy to find yourself stuck in the ‘curiosity stage’ of a messy breakup.

However, she wishes that she could have the perspective of the stars, in order to get a peek of how her ex is handling the split. “It made me think back to times in my life when I had just come out of a relationship but still felt so connected to the other person,” says Pope to Rolling Stone about the country-rock track. “I imagined having the superpower to be among the stars and observe, from their perspective, an ex-moving on with their life (or not).”

I’m thrilled to give you my new single #WhatTheStarsSee. I followed my heart on blending my pop/punk influences with my country roots & this is what came to be! I hope you blast it & dance around like I did when I got the mix back! Thanks for the support! https://t.co/PwuMmc0gwx pic.twitter.com/NFXpGdBD5K

“They’re so lucky they know exactly where you are/ what you’re feeling in your heart and if you’re sorry that you’re not with me tonight/ that you ever said goodbye,” Sings Fairchild in one of the verses. In fact, Fairchild did not just back Cassadee up on vocals, but she also co-produced the ballad alongside Nick Wheeler.

“What The Stars See” is not your typical country song, as the award-winning musician pulled inspiration from other genres. “I am absolutely thrilled to give you my new single “What The Stars See.” I followed my heart on blending my pop/punk influences with my country roots and this is what came to be,” Pope shared on social media. “I hope you blast it nice and loud and dance around just like I did when I got the mix back! Thank you for your continued support.”

Now, we are not just rolling into the weekend listening to Cassadee Pope…we have a long list of recently released tracks that you better spread the word about. Starting with “I Can Be That Something” by Alan Jackson, Walker Hayes and Jake Owen’s hit “Country Stuff,” the ultimate tearjerker “That’s What Mamas Are For” by Chris Lane, “Wind On” by Kenny Chesney, “Ghost” penned by Miranda Lambert, Jack Ingram, and Jon Randall.

Don’t forget to let us know your favorite hit on our country New Music Friday playlist by sharing the name below or sending us a tweet at @CS_Country.

Alan Jackson – “I Can Be That Something”

Chris Lane – “That’s What Mamas Are For”

Drew Green – “The Rest of Our Live”

Adam Sanders – “Do What We Do”

Joey Hendricks – “Yours Or Mine”

Brady Lee – “I Can Do This All Day” (Country Radio Release)

Brooke Eden – “Got No Choice” 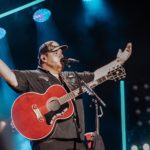 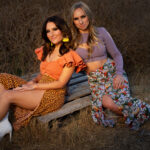