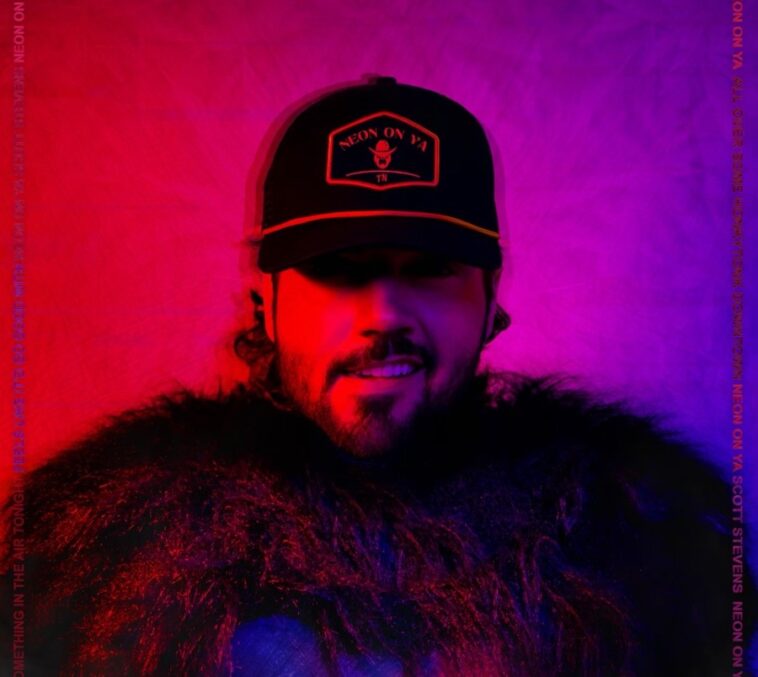 Tennessee-bred singer and songwriter Scott Stevens has been suffering from cabin fever and has been craving a night out on the town with his wife. Therefore, he brought his good-vibe energy into the studio and produced the upbeat, feel-good anthem “Neon on Ya.”

Stevens penned the up-tempo and sexy track alongside songwriter, Alex Marshall before the pandemic hit. However, the breakthrough artist was experiencing quarantine before anyone else, as he was stuck at home playing super dad and taking care of his newborn son.

“I wrote this song because I wanted to take my wife out so bad,” says Stevens. “We had recently had our son, John. He’s an angel. But we hadn’t had a night out or really any fun together in months. For us, that’s a big deal because we both love a good time — we love live music, seeing friends, etc. I remember around the time I started writing [‘Neon On Ya’] I had also started writing like four other titles that all had something to do with taking her out. It was time. It IS time. Time to go downtown, time to see friends, time to dance — time to live life again.”

In “Neon On Ya,” Stevens shares his image of what the ideal night out would look like once he and his wife have the opportunity to rub shoulders at a sticky bar or honky-tonk Downtown without a care in the world.

Now, the recording artist brought his picture-perfect idea and lyrics to life in his electric music video, which dropped on Friday, February 26. The trippy-like video features a cosmic bowling alley that is located outside of Nashville, Tennessee. The bright neon lights and his saucy, yet sexy dance moves will make you want to throw back a shot of whiskey and slip on your favorite outfit to hit the town.

Celeb Secrets Country sat down with rising-star Scott Stevens to hear what’s in store for 2021, to get the behind-the-scenes tea on his new music video, and of course, to understand the lyrics behind his optimistic and spicy track “Neon On Ya.”

Keep reading for our full Q&A with Scott and let us know if you included his new single “Neon On Ya” to your playlist by leaving a reaction at the bottom of the post or by sending us a tweet at @CS_Country.

Celeb Secrets Country: First off, Celeb Secrets wants to congratulate you on the birth of your baby girl. How has the dad life been treating you?

Scott Stevens: “It’s awesome! I have three now and I am completely blessed and honestly, we are getting through the really hard baby stages. Like we are up all night, but they are all so sweet and it’s been incredible.”

Celeb Secrets Country: Has it been hard to balance a newborn and your music?

Scott Stevens: “YES! It’s been cool with the show situation and it’s truly a blessing in disguise, because I’ve gotten to spend a little bit more time with my wife and baby. Whereas otherwise music really doesn’t allow for a ton of that and it’s important to have.”

CSC: Does your family play a significant role in your music career?

CSC: Can you tell us a little bit about yourself?

SS: “I have been playing music all my life. I played in high school, college, and law school. I played in all the bars and that was sort of my grind. I think there was a portion of me that kept going to school because I didn’t want to grow up. So, I just kept on playing music and I was fortunate to get the opportunity to do that and go to school. So, I graduated and I was supposed to grow up and be a lawyer full-time, but instead, I moved to Nashville.

I passed the bar, so I started being able to practice criminal defense, as a criminal defense attorney. Their dockets are usually during the beginning parts of the day, like the early morning. So, then I could go to a co-write after that – I did that for years until I signed my first day.”

SS: “My sound has been kind of developing. My sound has gotten to a point where it’s authentic, still fun, and light-hearted. Which is also authentically what I am about, I care about that.”

CSC: Could you tell us about your hot new single “Neon On Ya”?

SS: “This song goes hard! I am so into the production side, as I produced the song as well. I honestly didn’t think I would get to release this song, because it’s rock, it’s hip-hop, it’s like this wavy thing, but under this country shell. It feels special to record the sounds that I have in my head and have the opportunity to get those songs out.”

CSC: Did you have any co-writers on the track “Neon On Ya”?

SS: “I wrote it with a buddy of mine named Alex Marshall. I wrote it with Alex at the beginning of last year, and I showed up with a guitar and I told him that I had a dope idea.” 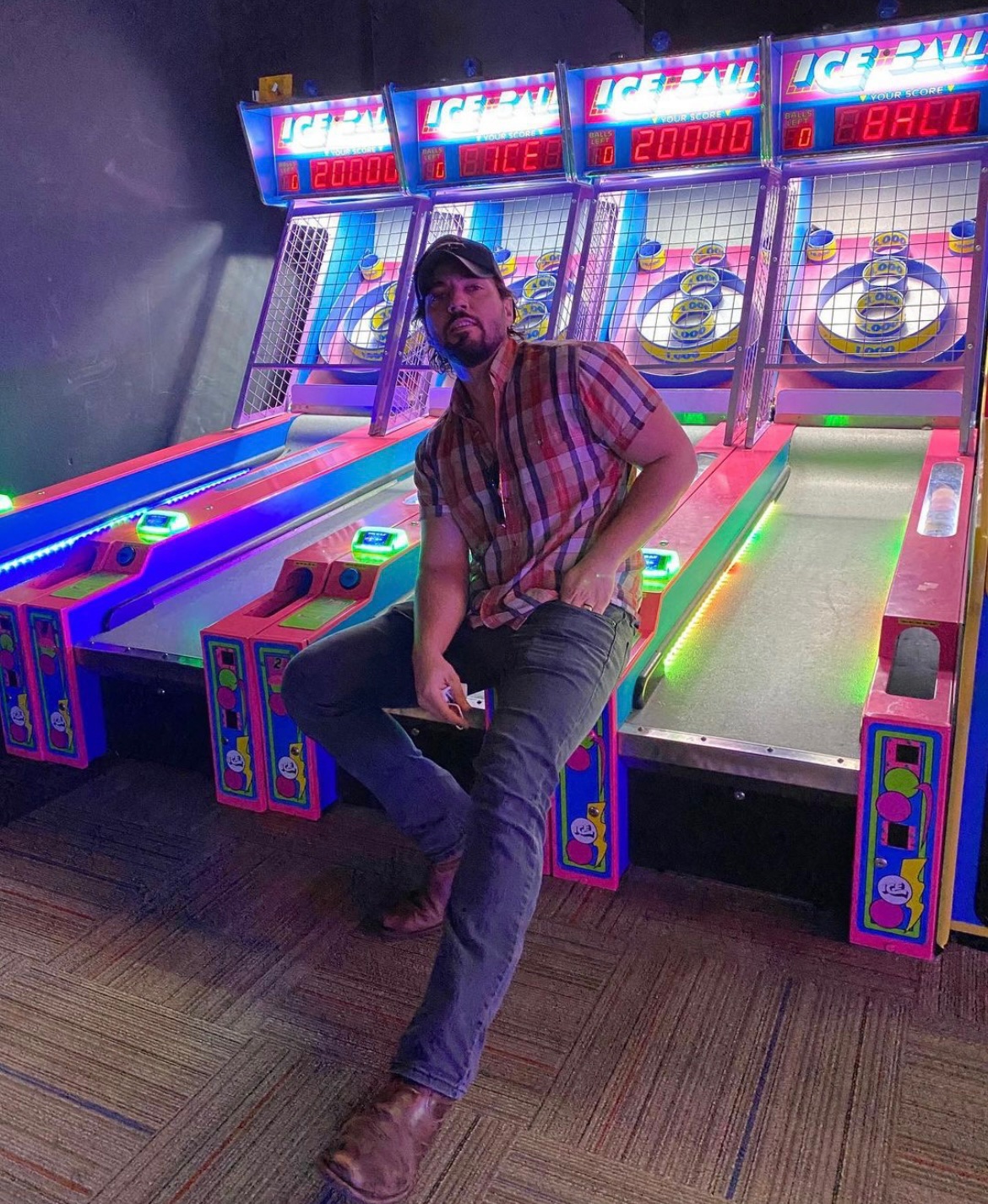 CSC: Your new single has a talking introduction, what inspired you to include this style within the track?

SS: “It just comes out, to be honest with you. I like a story, I think it’s why I like country music too and sometimes I slipped into that sort of story mode. I had the idea to have verse one to be essentially like an intro, which was that talking thing, but it kind of became a thing of its own. It developed into something really cool.”

CSC: How would you like us fans to feel when we sit down and listen to this song?

SS: “Happy, but happy in a different sense. I want you to feel confident, I was this song to empower people!”

CSC: Could you tell us about the music video for your single “Neon On Ya”?

SS: “In my life right now, I am so in need of fun. So, I just want to take my wife out and I wrote a song about that. There is a really cool bowling alley right outside of Nashville. So, we found that and there is cosmic bowling, which is when they turn on the neon lights. The bowling thing is going to be kind of cool, but in the video, there’s a hint to who I’ve got as a dope feature on my next release.”

CSC: Since we are Celeb Secrets Country, could you share any secret projects in the pipeline right now?

SS: “I am working on a full-length record. I have 12 songs and I am super obsessive about certain things, music, audio, and production. It’s almost painstaking for me, how much I care about every single element, like the nuance of each track. I am currently going through it all with a fine-tooth comb and getting it to where I want it. I want it to be good, and I want to make good music. That has always been my goal, and maybe to make people dance.” 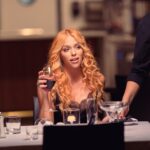 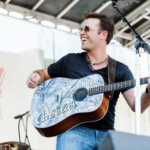