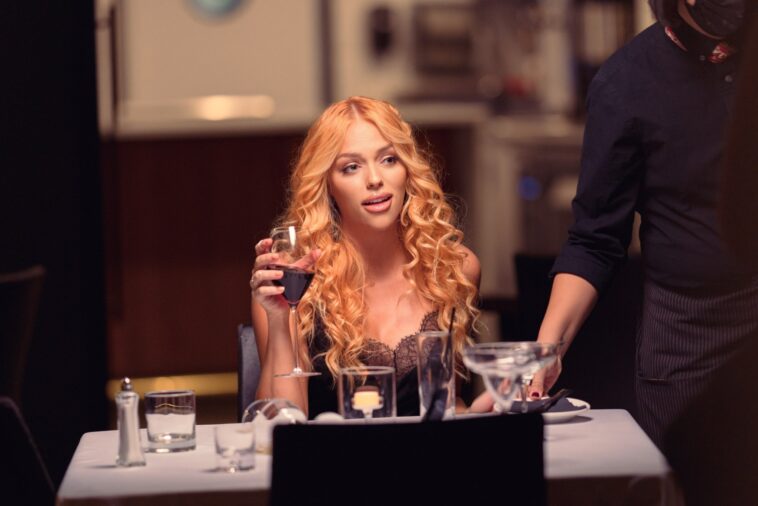 Independent, sassy, and driven is everything Arizona-bred Dani Taylor embodies as a singer and songwriter. It was Patsy Cline who influenced the strong-willed artist to pursue a career in country music and now she is making waves in Nashville with her remarkable sound.

When you pop in your headphones and listen to Dani Taylor, you won’t just hear a generic country song, but a girl with a story to tell. In a world full of uncertainty, Taylor uses her musical abilities to turn the negatives that can consume our everyday life into positives. Whether that’s adapting to the new normal, battling an internal conflict, or trying to get over a messy breakup – Taylor takes her real-life experiences and turns them into an upbeat anthem that can turn any frown upside down.

“I want to be happy, and I want other people to be happy, even at their lowest. I want girls, the misunderstood, the underdogs, and anyone having a bad day or break up to listen to my music and feel more empowered,” says the rising country-pop star. “I want people to go to my music to make them feel better. Through my music, I want to spread positivity and a healthier outlook on life and the future, for myself and for anyone who’s listening.”

In Taylor’s recent release “Table For One Drinking For Two,” the upbeat, yet catchy lyrics will give the ladies struggling to get back into the dating scene a dose of confidence that they need to thrive and feel independent once again. However, it might just make others channel their inner boss babe attitude and realize that they don’t need a man to feel sexy and fabulous.

With that being said, Celeb Secrets Country sat down (virtually) with Dani to talk about her new hit “Table For One Drinking For Two,” how she got into country music and the vision behind her COVID- friendly music video. So, pour yourself a glass of wine and learn more about Dani Taylor by reading our full Q&A below.

Let us know what you think of her upbeat anthem “Table For One Drinking For Two” by leaving a reaction at the bottom of the post or by sending us a tweet at @CS_Country.

Celeb Secrets Country: Who is Dani Taylor? Could you tell us about yourself?

Dani Taylor: “I was born and raised in Arizona and I was really into musicals when I was a kid. My grandma is a pianist and she would take me to Celtic festivals when I was a child. I actually really didn’t listen to country music until I was in college. In my opinion, not a ton of people listen to country music in Arizona, not in Phoenix, at least. I feel like more people listen to it in like Tucson or up North in Flagstaff or Yavapai County.

I mostly was raised on reggae and primitive rock. So, I didn’t really listen to country, like truly listened to it until I was in college. I don’t remember knowing who Patsy Cline was until I was in college and I was going through a breakup at the time, and I listened to “Strange.” It was either “Strange” or “Crazy” and I fell in love with it. Then I started doing a ton of  covers of Patsy Cline and then other old-school country songs and posting them on Facebook. That’s when I really started thinking like maybe country music because I was trying to go down a pop path for a while. It just didn’t feel natural and It’s funny cause my dad was like ‘you should do country’ for so many years and I was like, ‘uh…no.’

I started listening to country and I really loved it and I just love the lyrics more than anything. I think it knows how to tell a really good story. So, that’s how I fell into country music.”

Celeb Secrets Country: How would you describe your sound?

Dani Taylor: “I would describe my sound as country-pop, as I use a lot of instruments in my songs. So, especially mandolin, banjo, and steel guitar. I absolutely love the mandolin so much, I think it pairs really well with my voice. It’s definitely more old-school country. It has like an old-school, nineties country vibe to it, but it’s still fresh. It still has that Nashville sound. My latest single “Table For One Drinking For Two” is definitely country-pop. I would call it vibrant, positive, a good time.”

CSC: Could you tell us about your FIRE new track “Table For One Drinking For Two,” and the songwriting process?

DT: “All my music is based on stories from my life and everything that has personally happened to me because I have a hard time writing about things I haven’t experienced. Most of my music is about embracing your independents.

That song idea came from an Instagram caption and I saw it a whole year before I even wrote the song. So I obviously have a hook book where I write song ideas down, but sometimes it takes a few years before you can write them. You just have to wait for the right moment or something to happen to you, to influence you to go ahead and write the song.

Someone said “Table For One Drinking For Two,” and I was like, that’s kind of cool. I looked it up, no one’s ever written it. So, I was like “PERFECT!” because I like to be an individual and different. So, we went about writing that and we wrote it in one day and we didn’t have to re-write it. I wrote that with my co-writers Will Rambaeux and Sherrie Austin.

It was after I was going through a breakup “situationship.” It was kind of funny because I met him at a writer’s round. He was in the audience, and I met him there and then I ended up singing that song at the same place where I met him. It’s all about going back to the same bar or just going to a certain place that you would usually go on a date with a guy, and this time being there by herself. It’s all about embracing it and your independence and being happy about it.”

CSC: Would you say “Table For One Drinking For Two” was easy or hard to write?

DT: “We got the chorus really quickly! I think the hardest part was getting the B section right before the chorus, like the pre-chorus section. The verses were a little harder to write because I just wanted to make sure it wasn’t mean to the guy I was singing about. I didn’t want to be mean or point fingers. It’s more like ‘alright, you can do what you want. I’m going to have fun over here.’ The lyrics and tone display a “whatever attitude.”

CSC: How do you want fans to feel when they listen to “Table For One Drinking For Two” for the very first time?

DT: “I want it to make people that are going through breakups not wallow in their sadness. Instead of being sad, we’re just going to be happy. We’re going to embrace happiness instead. A lot of time I think people are just like, ‘I’m just going to be sad and listen to really sad Adele music or something and eat ice cream,’ but this song is like, the going out phase of a breakup.”

CSC: Could you tell us about the “Table For One Drinking For Two” music video? What is your favorite memory while filming?

DT: “My favorite memory of that was probably popping the champagne. It was like, a lot harder than it looked and I have never actually done that before. So, it took a couple of takes getting the outfit change. It was really fun because we actually didn’t plan anything until the day of. So, we were definitely on a time crunch towards the end there. The video was on a track around a table and we had to time it perfectly. The server would come by and then come back and with a drink towards the end. So, it was all about timing – it was hard at first, but then we got it!”

CSC: How was filming during COVID? Would you say it was difficult?

DT: “I mean, it was difficult. We had to keep the crew small, but I made sure that the music video idea was sticking to COVID guidelines and social distancing. So, I kind of liked it. We didn’t really have a bunch of scene changes or anything, but we were still able to get a story out of it.”

CSC: You are making such a splash in the pop-country scene right now! What is one thing you want us fans to know about you?

DT: “Oh my gosh, I’m an open book. I talk about everything and I’m not scared of talking about stuff. I literally don’t keep secrets, but one thing people don’t know about me is that I definitely live the life I convey in my songs. For instance, my songs are about being single, like I’m single and I enjoy it. A lot of people need to enjoy being single and you know, embrace it! This is the only time in your life, you can just have fun and learn about yourself too.”

CSC: Since we are Celeb Secrets Country, do you have any secret projects in the pipeline right now?

DT: “I want to put out a single or an EP because I do have some songs that are recorded. I’m hoping for the end of April. I randomly will throw my songs that aren’t even released out on TkTok just to get a feel for it. I don’t know what to call this EP, but I just view it ass ‘chapter one,’ like season one of Nashville. I’m in season two right now and it’s scary, but I feel happy that season one is over and I’m ready to see what season two has in store for me.” 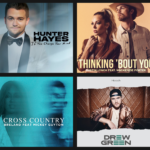 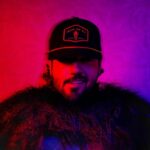