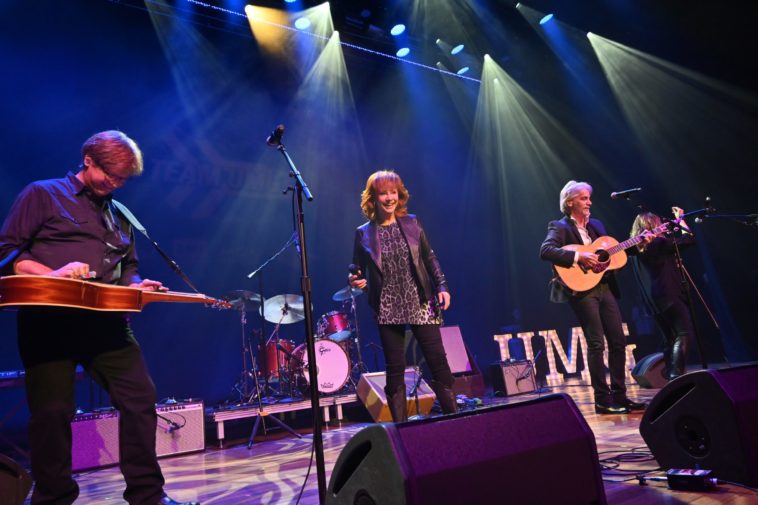 Mickey Guyton was one of the first artists to take the stage, starting the event off strong and bringing the audience to a standing ovation with her powerful and touching song “What Are You Gonna Tell Her?” off her upcoming EP.

Country as ever, Luke Bryan premiered his newest ballad “Born Here, Live Here, Die Here” while Carrie Underwood made her exciting Team UMG at the Ryman debut with “Spinning Bottles” and a duet later on with Keith Urban, performing their hit song “The Fighter.” Urban also performed his latest sing-along tune “God Whispered Your Name.”

Day two was incredible. Check out our recap of all the great events!

Making a surprise performance, Kip Moore debuted a new soul stirring song possibly titled “Janie Blue,” telling the story of a damaged lover who keeps finding reasons to turn away from the relationship.

Along with the new song, Moore shared the hilarious story of him wearing a thong while presenting new music to his team at UMG.

“I’m always messing with Brad on FaceTime shirtless, and he’s like, ‘Oh, why you gotta do that?'” Moore explained to the audience. “So I made a video for the whole team, and I was just talking…and I was wearing this shirt, sitting down, saying, ‘I hope y’all love the new music and by the end of it, I said, ‘Brad, I stayed properly clothed just for you.’ And then I got up and I was wearing a thong and I walked off.”

One of the most exciting of moments of the day was when the label’s newest addition, Reba MacEntire, performed an emotional finale with the songs “How Blue” and “And Still.” She left the audience with a light hearted story of one of her earliest experiences at The Ryman at only 7 years old.

“I just remember feeling that I was going to be really sick,” she shared. “I went up to my momma, and I said, ‘I’m not feeling too good.’ And without taking her eyes off the stage, she said, ‘Go find a bathroom.’”

“I did, and I got lost. I was meandering around everywhere, and I found the front door. And right on the steps of the Grand Ole Opry at the Ryman Auditorium, I vomited. A nice stranger walked up to me and handed me his handkerchief. He said, ‘Here little girl,’ and I said, ‘Thank you.’ I said, ‘Here you go.’ And he said, ‘You keep it.’ I don’t know where that guy is, but one of these days, I hope I get to thank him for being so nice to me while my momma was on the second row.”

Team UMG at the Ryman finished off in the best way possible with McEntire’s “Fancy.”

Make sure to follow along for the rest of CRS 2020 by connecting with us on Instagram at @celebsecretscountry. 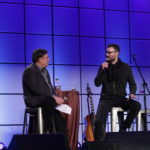 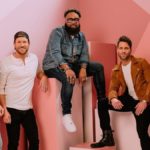