Nashville — the show we love/live vicariously through — has come to a seasonal end. Loaded with drama from start to finish, it was definitely a finale to remember. If you didn’t catch the emotional hour, We’ve put together a recap for you.

Zach (Cameron Scoggins) shut the money and power off for Highway 65. Of course the team didn’t stay down and found another work space. Meanwhile, Zach entertained business ideas with an industry snake.

On to Maddie (Lennon Stella) and Juliette… Juliette (Hayden Panetierre) had a party, Deacon (Charles Esten) saw Maddie upset, found out about the whole stolen song drama. Deacon did not take this lightly as Maddie predicted. In an emotional confrontation with Juliette, Deacon ended with, “if there is still a label, you are off of it.” O-M-G.

Maddie rose to the top by killing her performance at the music awards. We do mean, KILLED IT. Juliette also rose to the top by making amends; she used manipulative journalist, Mackenzie (who we remember published Scarlett’s baby story). Mackenzie called Zach, scaring him with story information causing Zach to realize the value of Highway 65. In exchange for this stunt, Juliette gave Mackenzie the real story behind her feud with Maddie.

Meanwhile, Scarlett (Clare Bowen) and Gunner (Sam Palladio) called it quits in the end and you guessed it, it was EMOTIONAL. We have to talk about the moment between Deacon and Jessie. The two shared an long hug and intimate stare with tear filled eyes. The stare basically said, we know we want to but we know we can’t, type of thing. We all felt it.

We can’t believe we have to wait until January to get more episodes, but sound off in the reactions below to share your thoughts on tonight’s crazy finale!

Taylor holds a BA in Journalism & minor in communication studies.
She has a background in broadcast TV and digital marketing. With a passion for music, she loves to chat with artists about their work. She finds joy in travels, good conversations, & vinyl records. 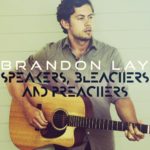 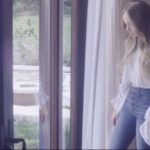