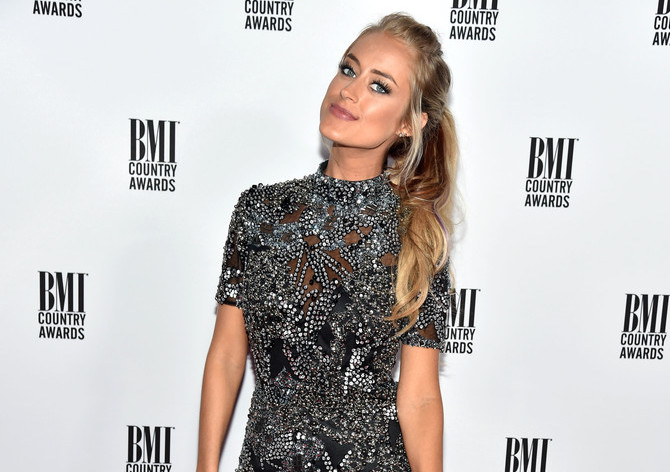 Brooke Eden is climbing the charts with her latest single “Act Like You Don’t.”

Will over 5 million Spotify streams and counting, the country singer/songwriter is quickly gaining notoriety for her powerful track.

“‘Act Like You Don’t’ was a song that I wrote to help me get through a break-up. It was one of those break-ups where you don’t hate each other at the end of it,” Brooke told us during our interview at Country Radio Seminar. “It’s not like we had this terrible blow-up fight, it was just that point in the relationship where you’re like, ‘should I get off the pot?’. I knew he wasn’t the one and I think he knew that I wasn’t the one. So we broke up, but it’s like, you always wanna lean on that person again and then you’re like going back to the person you’re not supposed to be talking to anymore. So the whole premise of the song is, if you ever loved me, I’m begging you to act like you don’t right now. It was just something that I really needed at the time to write, and it’s one of my favorite songs I’ve ever written.”

“Act Like You Don’t” is off Eden’s debut EP Welcome to the Weekend which is available now. One of our personal favorite EPs from 2016, Brooke dished on her favorite part about making the record:

“I think the most fun part is kind of at the end, once all those songs have been recorded,” she told us. “We recorded 17 songs for a 4 song EP. So seeing which songs ended up fitting together, seeing the cohesion between them, and also the difference of all them – just feeling like there was a complete body of work that all came together.”

2017 is going to be a great year for Eden. Already named CMT’s Next Women of Country for the year, the “Daddy’s Money” singer plans to “meet more fans and get out on the road this year.” Now that she has a body of work that people can listen to and hold on to, “its really just seeing where this single takes us.”

SECRET: We all knew that Brooke was friends with fellow Florida native and country singer Cassadee Pope, but did you know that Cassadee taught her how to yodel?

ICYMI, Cassadee told us back in June at her EP release party that she knows how to yodel. Watch the video below to refresh your memory:

We thought that Pope’s yodeling skills were absolutely insane, and now that Brooke can do it too, we may just need them to do this together for a video in the future.

“I can yodel. I actually learned from Cassadee Pope. We grew up in the same hometown, and we were on a family vacation together one time. She was yodeling and I was like, I wanna learn how to do that. So she taught me when we were like ten, and we’ve both been yodeling ever since,” Brooke laughs.

Be sure to keep up with Brooke by following her on Twitter at @BrookeEdenMusic. 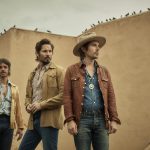 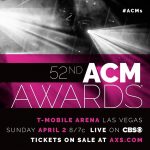