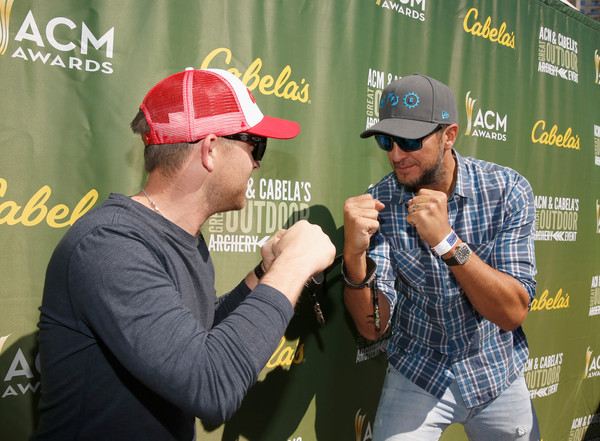 Luke Bryan and Justin Moore came together again for ACM & Cabela’s Tic-Tac-Toe Celebrity Archery Tournament during the 4th ACM Party for a Cause Festival at the Las Vegas Festival Grounds on Saturday morning (April 2) in Las Vegas, Nevada.

The fan-favorite event featured an archery tournament with Cabela’s state-of-the-art archery equipment and appearances from Chris Janson, Dustin Lynch, Eric Paslay, Chris Rice, and Granger Smith, former MLB player Adam LaRoche, plus Cabela’s pro staff Wade Middleton and Kristy Titus. The country superstars battled it out in-front of hundreds of spectators for the tie-breaking year of the childhood game with a twist.

Team Luke seemed to take a very fast-pace and quick lead during the first half of the tournament. Luke Bryan showed off his team-mates wins with the Dab and multiple booty shaking dances!

It wasn’t until the end of the final round when emcee Storme Warren announced that the final round was worth seven points and ultimately will lead to the win for one team. Who came out on top? Well, Team Justin swooped in for the ultimate win for the 2016 Cabela’s Tic-Tac-Toe Archery Trophy. Luke threatened to show up with his own rule book for next year’s event, which got a huge laugh from the crowd!

Celeb Secrets Country caught up with Luke Bryan, Chase Rice, Dustin Lynch, Eric Paslay, Lucas Hoge, and newly crowned iHeartRadio Music Award winner for “Country Song of the Year” Chris Janson on the camouflage carpet to get the scoop on their archery skills before they battled it out for the Cabela’s trophy. Check out our interviews below.

The ACM & Cabela’s Tic-Tac-Toe Archery Tournament and 4th ACM Party for a Cause® Festival are part of The Week Vegas Goes Country® leading up to the 51st Academy of Country Music Awards. 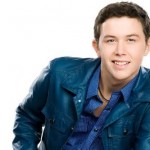 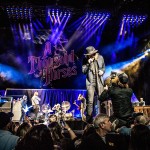