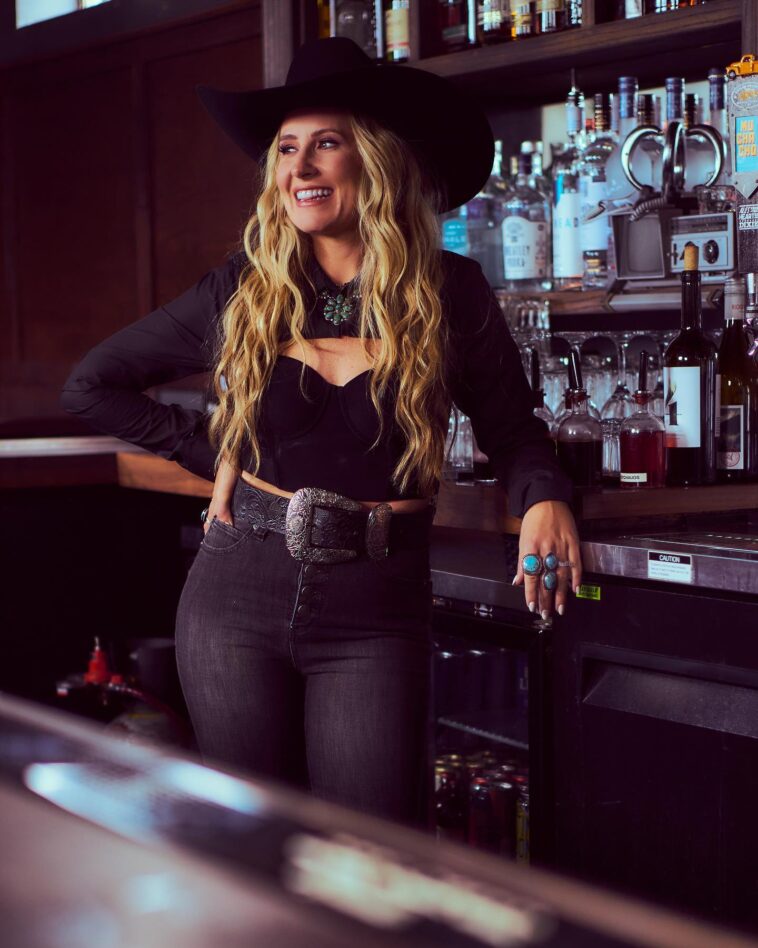 When country music breakout star Amanda Kate opens up her Spotify, notable names like Carrie Underwood, Miranda Lambert, Old Dominion, Lainey Wilson, HARDY tend to be at the top of her daily rotation. While Kate enjoys getting lost in the mainstream radio tunes once in a while, she often turns on legends Reba McEntire, Martina McBride, Brooks & Dunn, and even her own mother, Kathy Wright to get the creative juices flowing before a studio session or write.

The Texas-based musician has spent years honing in on her craft and traveled around the country to make a name for herself. However, it wasn’t until she leaned into her traditional country roots and took advice from her seasoned mother that she officially broke into the industry in full force.

“I think for me personally, my biggest inspiration is probably my mother, who was a singer-songwriter,” shared Amanda Kate in an exclusive Celeb Secrets Country interview. “She started influencing me with original music very young, and other artists have definitely inspired me…but I don’t think they have helped me craft my sound nearly as much as my mom did. I think as an artist, you need to put out things that feel authentic to you, and to me, it’s always been that more traditional country sound. I love the way that my voice feels when I’m singing more of that style of music,” she mentioned.

Similar to other performers, Kate packed her bags and moved to Nashville to pursue music. When the honky-tonk town didn’t deliver, the hopeful started to reevaluate her priorities and decided to focus on family in California. In a blink of an eye, the powerful vocalist full of potential put down the guitar and channeled her energy towards building a life without music. “We moved to Nashville, and nothing really panned out professionally for me there. So, we moved back to California with my husband, and we just decided that I was going to just take a step back,” she said.

Kate assumed her professional music career was over, until the universe threw her and her family a curveball. When Kate found out that her mother was battling stage four lung cancer, she knew it was Time to get back into the studio and pick up where she left off.

“My mom got diagnosed with cancer, and I think my whole world just stopped,” she told CSC reporter Tiffany Goldstein. “I realized at that moment that I may not have the opportunity to make music with her very much longer. Music has been the center and the soul of who I am for so long and knowing that the cancer was terminal, I was like, ‘I am going to get back into music, I am going to get back into writing, and I want to do an album with my mom.”

So, that is precisely what Kate did, and the 13-piece record penned with her mother turned out to be her launching pad to stardom. At first, Time served as a personal keepsake and precious memory that Kate could hold onto. “She helped me pick the songs, she helped me with the arrangements, and she was part of it all,” the artist revealed, full of excitement. “She got to be at the album release, and she got on stage with me. That was actually the last Time she ever got on stage.”

The well-rounded LP quickly became one of the most buzzed-about debuts, and when cancer robbed her mother of her vocal cords, Kate easily decided to pursue music full-time and sing in honor of her mother. “It was a super emotional experience, and people started talking about it. They wanted to talk to me about the album, and some of the songs ended up getting on playlists on Spotify,” she added.

The positive feedback and praise inspired the budding songstress to keep writing and performing. Therefore, Kate put pen to paper and utilized her resources in the country music space to generate her self-titled EP released in early December of 2021.

While working alongside critically acclaimed songsmiths and producers, Kate’s main goal was to highlight her love for ’90s country and to show fans a new side. “I think the last album was very deep, very emotional, and this is just fun,” she declared about the hot collection destined for greatness.

Amanda Kate’s self-titled EP offers a little something for everyone to enjoy, from women empowerment anthems, breakup ballads, an uplifting nod to parents, and of course, a love-centric melody perfect for date night. “Whether you’re a mom, a young girl going through a breakup, or you’re just a guy that really likes country music – we’ve got something for everyone on there,” she shared.

In fact, the rising star even has a track called “Little I Got,” which was penned by Brett Tyler, Jabe Beyer, and multi-platinum artist Maren Morris. She told Celeb Secrets Country that cutting a Morris original was a challenging task and instant weight on her shoulders. “I feel privileged,” she said, laughing out of disbelief. “I got to hear the demo, and I was like ‘oh, man, these are pretty big shoes to fill.’ When you hear Maren singing the demo on a song that’s going to be on your EP, it’s definitely a little bit intimidating.”

While it might have been a tough track to tackle, Amanda Kate perfectly conveyed the vital message of always finding beauty in the little things in life. Her contagious sound and gritty twang on the reflective anthem leave fans hungry for more. Throughout the EP, which is set to be the soundtrack of 2022 – Amanda Kate showcases her passion for traditional country by intertwining old-world instruments such as the fiddle and pedal steel guitar.

“I love the sound of it! The vibe is very ’90s country. When we went in to record the EP, my producer Brett Tyler said, ‘listen…if we’re going to dive into that sound, let’s dive in one-hundred percent.’ So, that’s what we did,” she added about the behind-the-scenes magic. While putting together the collection, Kate did not fail to mention that she received access to a secret catalog of all non-cut songs from Martina McBride and even Faith Hill.

“So, one of my really good friends, she’s a publisher and had access to a lot of songs from the ’90s and the early ‘2000s that just never got cut,” she explained. “She went back through the catalog and found me some awesome songs. When you’re looking through songs and thinking about releasing an album, the best songs win. There are some incredible songwriters in Nashville, and I feel very blessed and honored that I even had access to some of these songs,” she concluded.

While fans can appreciate her old-world sound now by streaming her impeccable project, she confessed that she hopes to release a classical country collection in 2022. “I don’t think there’s enough traditional country on the radio, and there are not enough traditional country artists out there. I think the industry so much has leaned itself towards the pop sound,” Kate said while stressing that most musicians end up focusing on country-pop because that is what sells. “If the audience is asking for a specific thing, you’re going to try and do that. But, for me…there is no way to sing country music unless it is more of a traditional sound – that is more authentic to me.”

Will you be adding Amanda Kate to your daily playlist? Let us know by dropping a reaction below or by sending us a tweet @CS_Country. 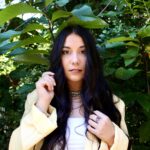 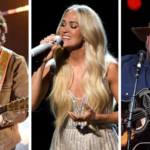