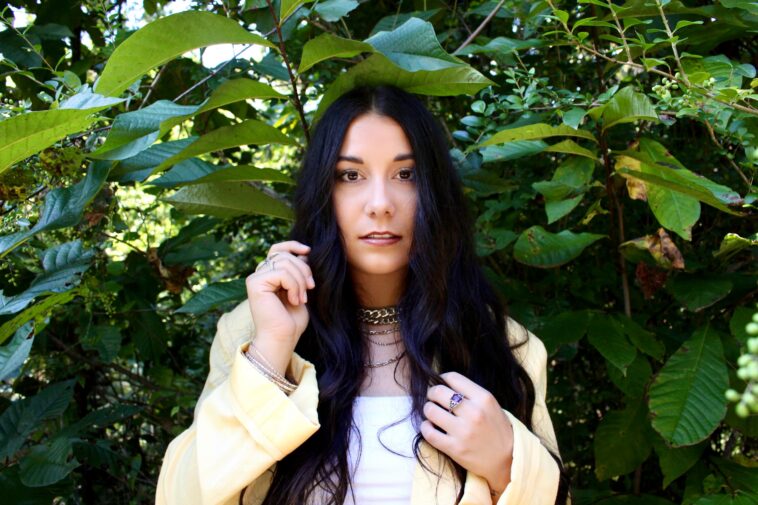 Courtesy of the artist

Canadian born country music artist Shantaia is back with her new and powerful single “Broke To Brand New,” and Celeb Secrets Country had the opportunity to chat with the artist and hear all about the track as well as what she hopes fans take from her music.

Shantaia revealed that this song was easy to create and she hopes fans learn to get back to being their true selves with this track.

“That no matter what you’re going through, whether it’s a relationship/break up or not, that it’s okay to ask yourself the hard questions to try and figure out how you can get back to being yourself again,” she tells CS Country exclusively.

If you’re well-versed in the Country music sphere, you’ve definitely heard of Shantaia. She’s shared the stage with the likes of Kane Brown, Chris Lane, Ryan Hurd, Emerson Drive, and Charlie Major, and has performed on some of the top stages such as Nashville’s Whiskey Jam, The Listening Room Cafe, Americana Fest, Cavendish Beach Music Festival, and Dauphin’s Countryfest. Earning multiple Saskatchewan Music Award nominations, along with a SCMA Award for Emerging Artist of the Year, Shantaia continued her climb to success with her most recent single “Had A Good Weekend,” which landed placement on CMT, and became her highest charting single to date, hitting #354 on BDS Billboard and #52 on Mediabase.

We sat down with Shantaia (virtually) to talk all about “Broke To Brand New,” her creative process, musical inspirations, and what’s to come in the future.

Check out the full Q&A below and don’t forget to let us know what you think of “Broke To Brand New,” by leaving a reaction at the bottom of the post or by sending us a tweet at @CS_Country.

Celeb Secrets Country: Hi Shantaia, thank you for taking the time to chat with us. Can you introduce yourself and tell us a little bit about yourself for our readers who may just be discovering you?

Shantaia: “Hey guys! Thanks for having me! Where to begin!? I’m from Saskatchewan, Canada, and I’ve been singing since I was 3 years old. I grew up singing all over western Canada for competitions, jamborees, festivals and more across western Canada. I started releasing singles when I was 18, then took a few years to work on my sound and what I wanted to say! At the beginning of the pandemic I released my comeback single “I WIsh You Would” with my debut EP to follow in April 2020 called Chapter One. I moved to Nashville in October of 2020, and released my last single “Had A Good Weekend”, which hit 52 on Mediabase and 54 on the Billboard Canadian Country Charts, with the music video being featured on CMT Nashville! It’s been a long, wild ride, and now we’re here with my newest release, ‘Broke to Brand New!'”

CSC: Congratulations on the release of your latest single “Broke To Brand New.” Can you go more in-depth about the meaning behind the song and its creative process?

S: “Thanks! One night at a gig I heard someone say this new truck they bought was old and broken, but it was new to them. The title popped into my head, and I went home late that night and wrote the chorus in a matter of 5 minutes! I sent it to my co-writers and we finished it the following week!”

CSC: What made you decide that this was going to be your next release?

S: “I recorded 3 songs recently, and wasn’t really sure which one would go out first, but showing the songs to more and more people, this one seemed to be the right fit for the time of year and the follow up from ‘Had A Good Weekend!'”

CSC: What do you hope that fans and listeners will take from this song?

S: “That no matter what you’re going through, whether it’s a relationship/break up or not, that it’s okay to ask yourself the hard questions to try and figure out how you can get back to being yourself again.”

CSC: Not only have you released a new single, but you are also hitting the road as part of Cavendish Beach Music Festival’s Road Back To Cavendish Tour. What are you most excited about getting to perform live again?

S: “This is my first ever tour! So I am VERY excited!! I’m just looking forward to seeing people enjoying live music again, and to show off some new songs in Canada!!”

CS: Is “Broke To Brand New” a taste of what’s to come from your new music?

S: “Definitely! I think it has a different and fresh sound, which is me finding my own thing. So I’m really excited for everyone to hear it as well as all the new music I plan to release in 2022!”

CSC: If you could describe any upcoming music you have coming in the future in three words, what would they be and why?

CSC: You’ve shared the stage with some big names in country music, do you have any dream collaborations for your music in the future?

S: “Maren Morris and Brett Eldredge are two artists I would love to sing with one day.”

CSC: Lastly, since we are Celeb Secrets Country, what is a secrets about you or your music that people might not know?

S: “I’m pretty transparent with my fans/followers, but I guess a cool little fun fact that people might not know about me is I love playing sports, and I also used to ref hockey!” 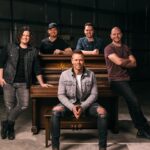 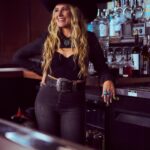