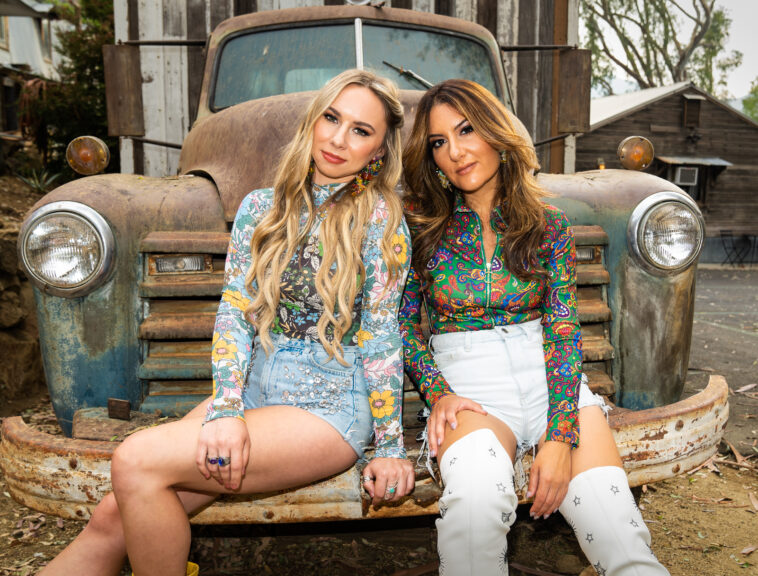 Honey County is making their next move thanks to their new single “Chess.”

The female-fronted duo comprised of Dani Rose and Sofie Lynn dropped their latest single on Friday (December 10), which can be described as a gritty country song that encourages the listener to “stand their ground” no matter what challenges they face.

“It’s a lot darker than our previous songs,” the band says, with Sofie adding, “we definitely unleashed our inner cowgirl with this one.”

Inspired by a bar fight that Sofie witnessed up in Big Bear Lake, CA, “Chess” was co-written by Rose and Lynn along with Grammy Award-nominated songwriter Hillary Reynolds and fellow Nashville-based singer/songwriter Kalie Shorr.

“It was pre-pandemic and I was in Big Bear and ended up at a dive bar with my friends,” Sofie jokingly recalls. “I ended up getting in the crossfire of a bar fight and ended up getting a black eye, but I could not let Dani know. So the next couple times that I saw her, I caked my face with makeup. She never knew about this incident until the day we wrote this song and I was like, ‘oh yeah, one time I got into bar fight.’ And she was like, ‘what?’ So that is how ‘Chess’ came about.”

“And Kalie [Shorr] had a fan comment on one of her posts saying something along the lines of ‘you’re playing checkers and [Kalie] is playing chess,’ so she also had an idea about writing a song named ‘Chess.’ We married the two stories together and wrote the song,” Dani adds.

Honey County fans can expect to hear more of “Chess” later this month, as the song will be featured in an upcoming episode of Paramount’s Yellowstone which premieres on Sunday, December 26th.

The feature marks the fourth placement with the show for the pair, whose previous singles “Love Someone,” “Under Your Influence,” and “Cigarette” have also made cameos.

“We’re huge fans of Yellowstone,” the band shares. “Being able to watch Kevin Costner in a series makes it so much more like a movie that you can watch and continue in a series on television, which is even more awesome. We’ve known the music supervisor Andrea von Foerster supervisor for years and she is a huge supporter of [Honey County].”

“Chess” is the follow up to previously released “Got It From My Mama,” a heartfelt song that shines a light on the deep-rooted pride and love both women share for their mothers. “Got It From My Mama” quickly became a viral sensation, with brides using the song to celebrate the relationship with their mothers in a unique and unconventional mother/daughter dance at their weddings.

The duo even performed it at NFL CIO Michelle McKenna’s wedding in New York this past July.

“[Michelle] reached out to us and she said, ‘Hey, I’m having a wedding in New York. I would love to have you guys out to sing ‘Got It From My Mama’ for a mother/daughter dance.’ And we were like, ‘yeah, we would love to do that.’ So she had us out and we performed it along with some of our other songs. It was pretty fun,” Dani recalls.

“It was such a special moment because [Michelle] is a breast cancer survivor and so is her mother. We were all in tears watching them dance together at her wedding!“

Listen to “Chess” below and let us know what you think of the track by either leaving a reaction at the bottom of the post or by sending us a tweet at @CS_Country. 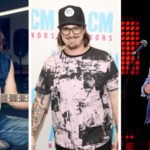 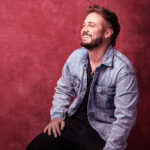