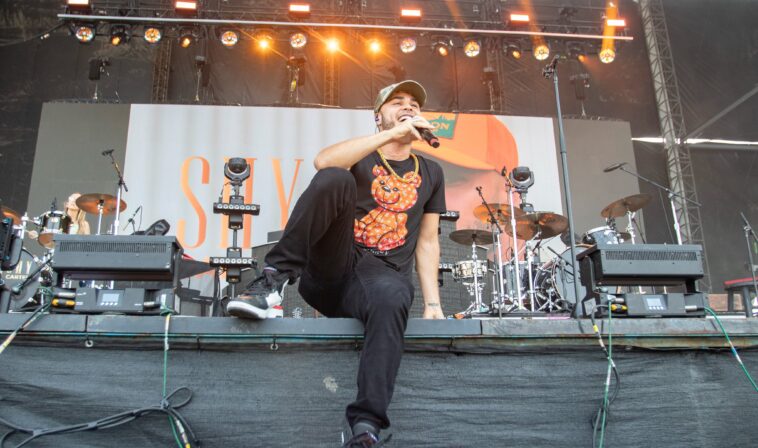 Shay Carter’s contagious genre-bending sound may be new to some, but his play on words is certainly on playlists nationwide. Carter’s innovative take on storytelling captured the attention of multi-platinum musicians like Tim McGraw, Keith Urban, Kane Brown, Charlie Puth, Jason Derulo, Jennifer Lopez, Nelly, and more. While he was creating chart-topping magic in the studio with legendary musicians, he was intertwining his diverse musical background to create a sound of his very own on the side.

Earlier in his career, it was his gospel roots and love for jazz, soul, and R&B that turned him into a hip-hop artist. Although, it was his play on words and authenticity that led him into the country music space. Carter’s debut radio single “Good Love” served as an introduction to his country solo career and first hit signed with Warner Music Nashville. Following his rapid success, the breakout star released his dreamy melody “All Night” and started to garner a solid fan base – which encouraged him to keep up the positive momentum.

Therefore, Carter once again joined forces with leading names in the honky-tonk town to carefully craft his debut EP, The Rest Of Us. “I am super excited,” says the singer in an exclusive Celeb Secrets Country interview about his eight-track collection. “I am so glad people will finally get a chance to get a project from me. I just want them to have a smile on their face, feel good, and for their soul to be blessed. There are going to be parts on there, where it is going to make you dig deeper into your soul and be more reflective.”

Carter’s infectious optimistic personality and honest writing shines through on The Rest of Us and proves that he is destined for greatness. As a true songsmith, he pairs his emotions with a vision and mission in hopes his fans find the purpose within his lyrics.

“The Rest Of Us has songs you can play in the club, at a barbecue, on a boat. Sexy songs, inspirational songs, and songs that may make you cry – in a good way! It’s a lot of fun, but it’s also got a lot of heart,” shared the artist. “I feel like it will take them on a little journey and will make them feel good about life.”

Carter shared that writing with big names Bryan Simpson, James Slater, David Garcia, and others on the well-rounded project was therapeutic and was a friendly reminder to let loose at the writing table. “I just try to let God just flow through and let the message come through. We just have fun and let it flow…it’s not rocket science,” he laughed. “Some of them are more challenging than others, but most of the time, songs that end up being the best songs in my experience, come quickly.”

However, his heavy track “Hard,” penned by Nathan Chapman and Bryan Simpson, kept the group up late at night bouncing ideas off of one another. “It was a message that I wanted to get right. I want to inspire people not to give up on something that could be really detrimental. Because I was thinking about children, I was thinking about a lot of the things that can go along with walking away from something – this made it difficult emotionally to write. It also was rewarding because it made me feel good when it was done.”

“Hard” was not the only inspiring anthem on the project, as the title track “The Rest Of Us” holds sentimental value. “I wanted to make that the title of the album, because it is one of the most powerful songs that I feel like I have been a part of,” he told Celeb Secrets Country reporter Tiffany Goldstein. “It’s about how some people seem to have their lives in order, and everything seems to be going well for them, and then there’s the rest of us. There are the people who struggle, who have pain, who have messed up and have made it this far only by the awesome grace of God. I am one of the rest of us, and I’m so grateful for everything I’ve been through – because now it can all be used to make this amazing music,” he adds.

After realizing that his music holds weight and that the universe has granted him the opportunity to do what he loves every day – Carter turned to good pals Cole Swindell and David Lee Murphy. As a team, the men produced the ultimate good-vibe drinking song, “Beer With My Friends.” The way they linked traditional country with mainstream pop made it a country radio-worthy hit overnight.

“Cole went in there and just knocked it out. I definitely took some notes from him just on the professionalism of how he was in the studio,” revealed Carter about the behind-the-scene moments of putting together the party-like anthem. “David Lee, of course, I learn from him every time I am around him. The way he writes and just how cool and effortless it is. He just gets on the mic and just hits it. I got some great people on there. I got a great song, and it sounded like a big ole hit to me. I plan on it going up the charts.”

As Shy Carter fans embrace the eight-track collection, due to drop on October 29 – The country newcomer confirmed that he is already one step ahead and planning to get busy in the studio on a new batch of music. “I am always working on some wild stuff, baby and it is going to be outside the box,” he concluded.

Let us know your favorite track from his debut EP, The Rest Of Us, by dropping a reaction below or by sending us a tweet @CS_Country.

LISTEN TO “THE REST OF US” NOW: 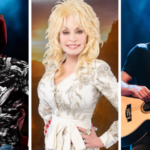 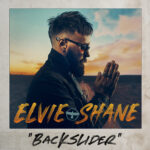