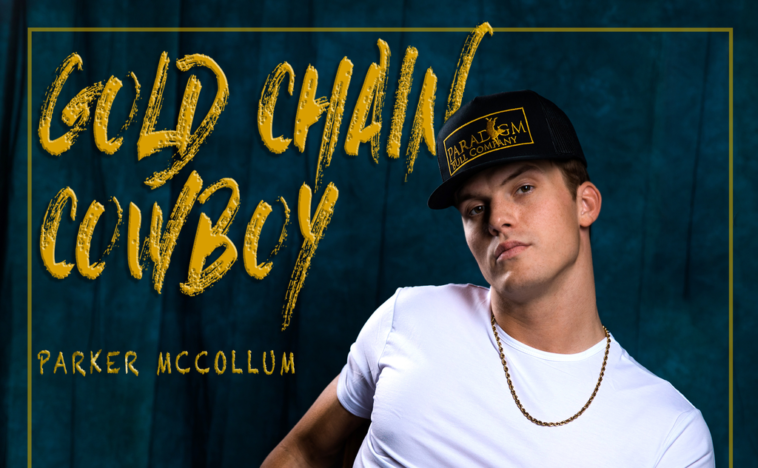 Parker McCollum will be continuing to turn heads in the country music industry with the upcoming release of his major label debut album, Gold Chain Cowboy.

The 10-track album, produced by Jon Randall, is set to hit listener’s ears on Friday, July 30 via MCA Nashville.

The song list sports an impressive team of co-writers. McCollum worked alongside some of country music’s most notable lyrical geniuses, such as Miranda Lambert, Brian Kelley and more, to pen these tracks.

3. To Be Loved By You (Parker McCollum, Rhett Akins)

8. Rest Of My Life (Parker McCollum)

While fans can only imagine what addicting songs will come out of the line up, some of the tunes have already been released!

The album includes smash hits such as McCollum’s platinum-selling “Pretty Heart,” “To Be Loved By You,” and most recently released, “Rest of My Life.” The latest song brings fans into the perfect combination of McCollum’s captivating lyrics and incredible voice, backed by a soothing harmonica tune.

Take a listen to the latest song below! After hearing “Rest of My Life” just once, we could easily listen to it for the rest of our life.

With some songs on the list that fans have already come to know and love, and some we simply haven’t met yet, the anticipation of this album is skyrocketing.

Gold Chain Cowboy succeeds the release of McCollum’s Hollywood Gold EP. Hollywood Gold claimed its fame quickly when it became the top selling debut country EP of 2020. Although an honor like that may seem like big boots to fill for this upcoming EP, McCollum has been tapped as a “one to watch” for a reason.

Which Parker McCollum previously released song is your favorite? Let us know by sending us a tweet @CS_Country. 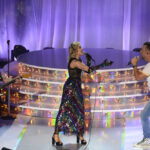 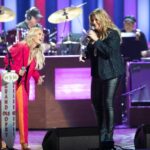