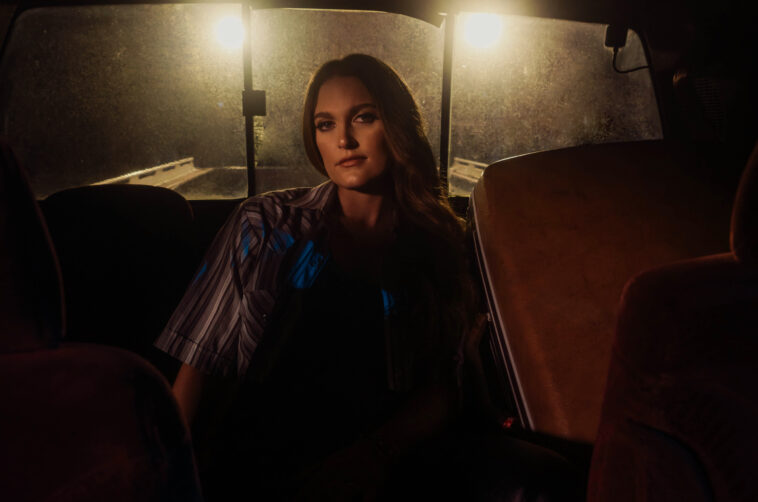 Kasey Tyndall has been touted by critics as a “hard rock country badass” and we at Celeb Secrets Country full heartedly agree! With musical influences ranging from Miranda Lambert and Alison Krauss to Avril Lavigne and Joan Jett, it’s easy to see her innate ability to resonate between hard rock n’ roll and country fans alike.

On May 21, the singer/songwriter dropped her latest single “Middle Man,” showing fans a much softer and more vulnerable side, shedding light on the difficulties of being a child in a broken home.

Co-written by Tyndall with Lainey Wilson and produced by Jacob Rice, the moving ballad came to life at Tyndall and Wilson’s house on their back porch as they swapped stories growing up. Putting brutally honest autobiographical lyrics to a country tune, Tyndall says that her experiences presented in “Middle Man” molded her into the person she is today.

“Middle Man isn’t a song about being a victim of divorce, it’s about how it molded me into the person I am today,” shares Tyndall in a statement. “My goal is for everyone who hears it to be reminded that no matter what you go through in life, there’s a reason and beauty in it all.”

Celeb Secrets Country caught up with the North Carolina native to talk deeper about her vulnerable new song, how Keith Urban inspired her to drop out of college, new music releasing this fall, and more. Take a read at the full Q&A below and let us know if you’re enjoying “Middle Man” by either leaving a reaction at the bottom of the post or by sending us a tweet at @CS_Country.

You can keep up with Kasey by giving her a follow on Instagram at @kaseytyndall. “Middle Man” is the first release from Tyndall since 2019 and marks the first of many releases this year.

Celeb Secrets Country: You just released your new single “Middle Man,” which is a very personal and vulnerable song for you. Can you talk about the writing process of the song?

Kasey Tyndall: “‘Middle Man’ I wrote with my best friend and roommate, Lainey Wilson, and we were just sitting on the back porch one night kind of catching up because our schedules are so busy. One thing lead to another and I was talking about how my parents are divorced. I was lucky enough to have a great experience with it and my parents were amazing co-parents. I really didn’t even feel like I had divorced parents. I love my step family, my step mom, my step dad, all of my step siblings — I truly was blessed. So I was talking to Lainey and I said, ‘I was the middle man since I was the oldest sibling.”’And she was like, ‘Oh my gosh go get a guitar right now, we have to write that.’ So I went in and grabbed a guitar and the first thing I said was, ‘Oh my gosh, I hope my momma never hears this song.’ And she’s like, ‘Oh my gosh that’s the first line.’ And I was like, ‘And I hate to make my daddy feel guilty.’ She’s like, ‘Oh my gosh keep talking.’ And literally the whole just fell out in about an hour.”

CSC: What about the song “Middle Man” made you choose it for your current single and your first release in two years?

KT: “It honestly wasn’t even supposed to be the next single and I was just trying out some new songs at a couple writers rounds here in town and I kept getting standing ovations. So I was like, ‘Oh wow I should probably put this song out next.’ We wrote this song more as a matter of fact because like I said I was so blessed to have a great situation and I didn’t realize, like I had so many people come up to me like, ‘You just wrote my childhood.’ I didn’t realize how many people had bad experiences with it because I was so used to a good one. And I was like, ‘Wow I wrote this for everybody else.’ It was awesome. It just fell out of the sky and I’m so thankful and glad that it’s touching people already.”

CSC: You mentioned earlier that you didn’t want your parents to feel guilty hearing it. Have they heard it yet and what did they think about the song?

KT: “At first I was worried about it. I was like, ‘Wow this is such a vulnerable, personal song.’ I was a little nervous for them to hear it because they were so good at co-parenting. I didn’t want them to think for two seconds that they did a bad job you know? But when they heard it they were so supportive because they were like, ‘This is a career song for you.’ I had a great response from them.”

CSC: With this single coming out, is there an EP album that’s going to follow?

KT: “We’re definitely planning on putting some more music out in the fall. We’re kind if taking baby steps because this is just happening so fast and with everything opening back up, we’re just really excited to write new songs. And I have a whole new team now so we’re just kind of hitting the ground running and aiming for new music in the fall.”

CSC: You’ve opened for big names like Kelsea Ballerini and Kane Brown. If you could go on tour with anyone, who would it be?

CSC: You’ve said he’s one of your biggest musical influences. What about Brantley’s music draws you to him?

KT: “He was just one of the first country artists I was like, ‘Wow you can be that rockin’ and play country?’ Because that’s just so me. He was the first artist I was like, ‘Wow okay I can do this. This is awesome.’ He’s incredible.”

CSC:  Being an up-and-coming artist, can you talk about how you got into music and what made you want to pursue it as a career?

KT: “I’ve always loved to sing but I was just very realistic about and used to think, ‘everybody wants to be a singer. I’ll just be a nurse.’ So I went to school to be a nurse and was working three jobs, going to college and playing some music on the side. Keith Urban had a contest to sing with him for Miranda Lambert‘s part on ‘We Were Us’ in 2014 I think, and once I did that I was like, ‘Wow I can do this.’ So I dropped out of college and moved to Nashville and that’s kind of how I got into doing music full time. It was through a local radio station and we just had to call in and sing the Miranda part because he didn’t have a female on the tour that year so he had a female for each city where the radio station would hold a contest and he would pick a female to come out and sing the Miranda part.”

CSC: During this past year’s shut down, did you use the opportunity to write more or take a break from a music?

KT: “A little bit of both. It’s so funny, we were going so hard on the road it was nice to take a breather, but I feel like my writing grew so much because I was forced to have more time to give 100% of my attention to actually writing the song. I just feel like I grew so much of songwriter and I feel like ‘Middle Man’ is a reflection of that for sure. It’s probably one of my best and well written songs. I grew so much musically during this time.”

CSC: Will you and Lainey Wilson write more together in the future since “Middle Man” turned out so well?

KT: “Oh yeah. We’re best friends and roommates, it’s bound to happen. Songs like that are so special because we didn’t even try to write it, it just kind of happened. That’s how her and I write best. I’m sure there will be more coming.”

CSC: Since we’re Celeb Secrets Country, can you tell us a behind the scenes secret or interesting fact about you that fans wouldn’t know just by listening to your music?

KT: “I’m a big sports fan. For hockey, Carolina Hurricanes. Obviously the Panthers for football. Those are my main sports. I love college basketball but it’s so hard because I grew up a Tar Heel fan for college basketball but I went to ECU. We have such a big rivalry with the triangle in North Carolina with Duke and Carolina and NC State and all those teams.” 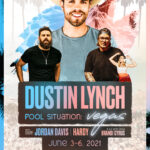 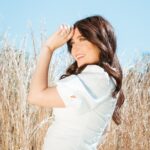