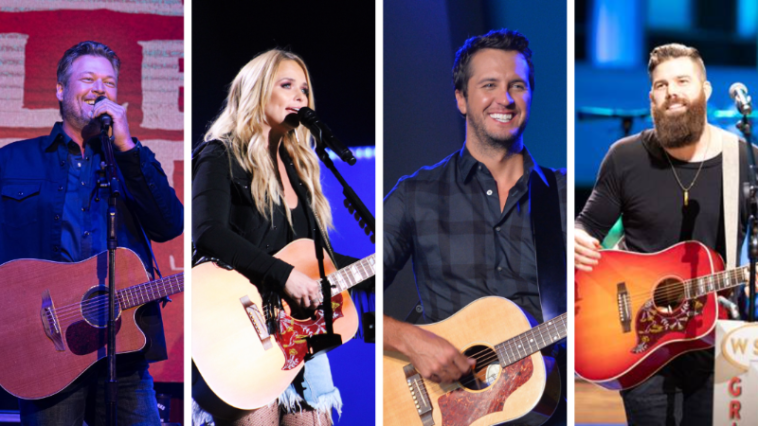 Can you believe it’s already Fri-yay? Today is a very special day because country music icon Blake Shelton recently released his highly anticipated 12th studio album, Body Language and we already have it on repeat. The 12-track collection includes his top-charting hit “Happy Anywhere” with Fiancé Gwen Stefani and toe-tapping singles “Minimum Wage,” and “Bible Verses.” However, what makes this collection so unique and groundbreaking is the collaboration between Shelton and the emerging country duo, The Swon Brothers.

The official lyric video to my title track #BodyLanguage is OUT NOW! Thank you to the @TheSwonBrothers for bringing me this song and coming on the track with me! https://t.co/MiYBdeV8bm pic.twitter.com/Ry3yMOIQ29

“All I’ve ever wanted was to have good country songs to sing and some people who like to hear ‘em,” says the country legend in a statement. “I think that’s what we’ve got in Body Language. It’s been a project many years in the making – you can’t live with songs any longer than I’ve lived with these 12, and I still feel as strongly as I do about them. I hope others do too.”

Shelton delivered a diverse soundtrack that has a song that could resonate with anyone, depending on their mood of the day. “I want my albums to have sad songs that make people cry and happy songs that make them smile. I want to push the limit far enough to keep myself and my fans interested, but not so far that they don’t hear anything on the record that brings them back home. As long as people are like, ‘That’s what I wanted from Blake,’ then I’m happy.’

Now, we are not JUST rolling into the weekend listening to Blake Shelton…we have a long list of recently released tracks that you better spread the word about. Starting with “Buy Dirt” by Jordan Davis featuring Luke Bryan, “They’ve Closed Down The Honky Tonks” by the one and only Miranda Lambert, Old Dominion’s “I Was On A Boat That Day,” “A Little Love” by Gary Levox featuring MercyMe, “I Wanna Remember” by Carrie Underwood and NeedtoBreathe, “BLURRY” by rising star HARDY, “Summer Crazy” by actor turned country star, Alexander Ludwig, “Everyday is a Winding Road” by Sheryl Crow, and “Back Then, Right Now” by Tenille Arts.

Don’t forget to let us know your favorite hit on our New Music Friday playlist by sharing the name below or sending us a tweet at @CS_Country.

Tenille Arts – “Back Then, Right Now”

Lily Rose – “Remind Me of You”

Lauren Davidson – “Thinking About You” 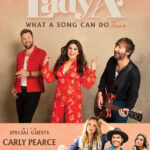