Turn the volume up music-goers because the 2021 Billboard Music Awards is happening in just a few hours. The highly anticipated ceremony will honor this year’s most successful artists in 51 categories across all genres of music.

Expect to see outstanding performances, unexpected collaborations, and FIRE pop-culture moments throughout the star-studded night. Luckily, country music has had a successful year, leaving some of our favorite A-listers as frontrunners in competitive categories.

Entering the night with the most nominations is our girl Gabby Barrett for her empowering anthem “I hope.” Barrett is a first-time finalist and received nominations in nine categories. When it comes to male country musicians, Luke Combs, Kane Brown, Chris Stapleton, and more will be in attendance. However, the Billboard chart-topping artist Morgan Wallen will not be considered within several categories due to his racially insensitive comments earlier this year.

“Morgan Wallen is a finalist this year based on charting. As his recent conduct does not align with our core values, we will not be including him on the show in any capacity (performing, presenting, accepting.) It is heartening and encouraging to hear that Morgan is taking steps in his anti-racist journey and starting to do some meaningful work,” says the organization in a recent statement. “We plan to evaluate his progress and will consider his participation in future shows.”

With that being said, we wish everyone could receive the iconic gold microphone, but there is only one winner in each category. Therefore, the Celeb Secrets Country team studied up on their favorite stars, listened to each single/album on repeat – and now the 2021 official prediction list is ready for your eyes only. We are weighing in on this year’s nominees by sharing our thoughts on who we think will bring home an award during the live broadcast on Sunday, May 23.

Let us know your predictions by dropping a comment below or by tweeting us at @CS_Country.

Who We Think Will Win: After an incredible past year of amazing hits, Doja Cat has quickly risen to the top and has made her mark in the music industry with her catchy tracks which is why we think she’ll take the W for Top New Artist.

Who We Think Will Win: With the resounding success of their first English-only track, “Dynamite,” and their latest album, BTS are an absolute shoo-in for this award. The guys are even performing their second English-only track, “Butter,” for the first time on the Billboard Awards stage!

Who We Think Will Win: A hit amongst every crowd, we think fans will choose “ROCKSTAR” as their top collaboration of the year!

Who We Think Will Win: From headlining the Super Bowl halftime show to releasing After Hours and claiming the Billboard number one spot, we think that The Weeknd will take home the Billboard award for “Top Song Sales Artist.”

Who We Think Will Win: The country music powerhouse is known to be transparent and open with its loyal community. He is constantly connecting on social media by sharing unreleased music and working in the studio to produce premium content. The artist has had an outstanding year with his record What You See Is What You Get, as he constantly has several tracks on the top-40 hits on the Billboard Hot 100 and 200 charts.

Celeb Secrets Country believes Luke Combs has it in the bag this year!

Who We Think Will Win: Again, so much talent is in one category, it’s almost impossible to choose a winner! With Luke Combs having our vote for “Top Country Artist,” we feel that the winner of this category will be Chris Stapleton. The talented singer and songwriter has come out of the woodworks and surprised music city with his traditional deep country sound and poignant lyrics. Celeb Secrets Country is not shocked that the “Tennessee Whiskey” artist is entering the night with the most nominations alongside Maren Morris. He is in the running for “Album of The Year” for Starting over and is a two-time “Male Artist of The Year” titleholder.

Who We Think Will Win: This year is Gabby Barrett’s year! The former American Idol contestant has been making a splash in Nashville and in the country music scene with her chart-topping hit “I Hope.”

Who We Think Will Win: Right away we can eliminate Maddie & Tae, since they have not had any commercial success within the past year. Therefore, we are putting our money on Dan + Shay! Their pandemic-inspired hit “Glad You Exist” has been topping the charts ever since it dropped back in February.

Who We Think Will Win: Superstar Carrie Underwood has always incorporated her religious beliefs within her work, from “Jesus, Take the Wheel,” “See You Again,” and most recently, her 2020 Christmas record, My Gift. Now, the country music powerhouse is dominating the hot Billboard charts with her recently released album My Savior.

So, we believe the country-turned Christian artist will take home the win in this very special category.

Who We Think Will Win: There’s no discussion here – Chris Stapleton’s Starting Over deserves (and will win) this award.

Who We Think Will Win:  Again, we believe Carrie Underwood will be walking away as the winner of this category. My Savior was co-produced by Underwood and four-time GRAMMY Award-winning record producer and songwriter, David Garcia. The two have worked together in the past on her 2018 critically acclaimed Cry Pretty, No. 1 hit single “Southbound,” “Drinking Alone,” and “Love Wins.” So, it would be surprising if the dynamic duo didn’t win big on their heartfelt and special project together.

Who We Think Will Win: The Weeknd is heading into the night with the most nominations (16) and we are betting on him to win this category. The track “Blinding Lights” made history as it was in the top five and the top 10 of the Hot 100 single charts for several weeks. In fact, it was the only song ever to spend a full year in the top 10!

Who We Think Will Win: Thanks to one of the hottest TikTok trends of 2020, Cardi B and Megan Thee Stallion will be walking… or maybe twerking their way to center stage to accept the award for their top-charting banger “WAP.”

Who We Think Will Win: Let’s get real…you couldn’t turn on the radio without hearing “Blinding Lights” by The Weeknd. Therefore, expect to see the retro heartthrob taking home the win for “Top Radio Song.” If it’s not The Weeknd, we are predicting Harry Styles.

Top Country Song : Jason Aldean “Got What I Got,” Gabby Barrett “I Hope,” Lee Brice “One of Them Girls.” *Morgan Wallen “Chasin’ You,”  *Morgan Wallen “More Than My Hometown.”

Who We Think Will Win: If Morgan Wallen was still in the running, he would’ve swept this category clean, as his two songs “More Than My Hometown” and “Chasin You” have been on the top charts since the release of his groundbreaking album. However due to the unfortunate circumstances, Celeb Secrets Country believes Gabby Barrett will be winning this category with her inspiring anthem “I Hope.” 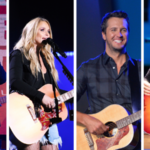 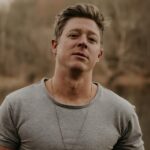