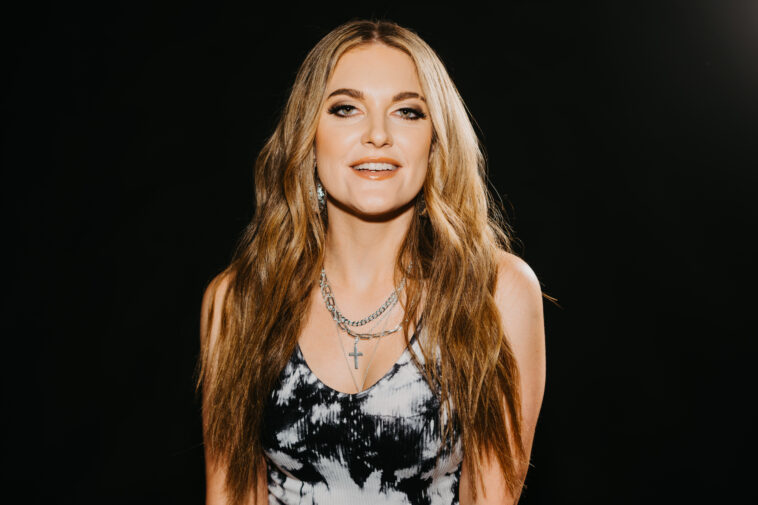 Kasey Tyndall is clapping back at society’s standards with her new single “Babies.”

Diving into the relatable period in life when everyone around you starting hitting those adult milestones before you, the new song, which dropped on June 17, encourages the listener to follow their own timeline to settle down.

Showcasing all of the “expectations” of someone her age, the 26-year-old co-wrote the track with Smith Anhquist and Gary Garris highlights the specific in-between time in your 20s when you deal with issues like having your dream engagement ring picked out, but not knowing when you want to settle down.

“My little sister is 23, I’m 26, and she just had her first baby while my friends are getting married and having kids, and I’m just not on the same timeline. And sometimes the devil likes to get under my skin about it so the song is kind of my response to the devil,” she told Celeb Secrets Country in an exclusive interview. “It’s one of my favorite releases to date.”

Just yesterday (June 24), the country rocker dropped a powerful visual for the honest track that you can watch below. Using a dollhouse to show the different visions of her life, one with a husband and kids and the other as an artist, Tyndall burns the dollhouse to the ground and the guilt she carried in choosing her own independent path in the end.

“I wanted to find a way to showcase all of the ‘expectations’ of someone my age,” Tyndall shared in a statement. “So we came up with the dollhouse, which was inspired by ‘13 Going On 30.’ Each room showcased a different expectation and Emma Golden brought it to life in the magical way that she does… and of course I had to set it on fire!”

Celeb Secrets Country was able to catch up with Kasey during the 2022 CMA Music Festival in Nashville earlier this month, where she performed at the Spotlight Stage for first time. She talks about her festival debut, “Babies,” touring with Drake White, and what she hopes to accomplish this year.

Let us know if you’re loving “Babies” by either leaving a reaction at the bottom of the post or by sending us a tweet at @CS_Country.

Celeb Secrets Country: Your single “Babies” is finally here! Can you talk about like the writing process with that song?

Kasey Tyndall: “So I wrote it with Smith Anhquist and Gary Garris. My little sister is 23, I’m 26, and she just had her first baby while my friends are getting married and having kids, and I’m just not on the same timeline. And sometimes the devil likes to get under my skin about it so the song is kind of my response to the devil.”

CSC: Your previous single “Jesus and Joan Jett” is similar with a sinner vs saint concept. Can you talk more about that one?

CSC: Are these songs going to end up on an EP or an album?

KT: “We’re taking baby steps right now. I just know that we have a few more songs coming out this year and, and see where that takes us.”

CSC: You just finished a 20-stop tour with Drake White. Can you talk about your
favorite tour experiences with him?

KT: “Drake’s such an incredible person and his story is incredible. Every time I’m around
him and his team, my life is just better. I don’t know what it is about them but their lights shines so bright. I felt like I walked away with a bunch of brothers. All of his fans embraced me and followed me and so I’m super thankful for Drake and his camp and I’m sure we’re going to do some more shows in the future.”

CSC: From like a musical standpoint, what’s something you learned from Drake while touring
with him?

KT: “Positivity. Just never giving up. His attitude is just so incredible. And like I said, every time I walked away from him, until I saw them again, I just felt like my life had just been rejuvenated. Just so much positivity.”

CSC: What are your summer and fall touring plans?

KT: “Well, it’s festival season right now, so we’re just kind of popping around. I do have some random shows with Drake kind of sprinkled in there but just kind of waiting to see what happens in the fall and see what kind of touring opportunities come along. But I’ll definitely be doing my own stuff.”

CSC: You have a very country rock style. What artists do you draw inspiration from?

KT: “Growing, up I listened to a lot of Avril Lavigne and Miranda Lambert, obviously she’s got
that rock edge too. I listened to Joan Jett but I also listen to Brantley Gilbert and Alison Krauss. So it kinda meets in the middle I guess.”

CSC: Can you talk a little about your background and how you got into music?

KT: “I’m originally from Greenville, NC and I was going to school to be a nurse, that was always my realistic passion. I always wanted to be an artist but I kind of figured everyone wants to be an artist and I didn’t know how to get out of eastern North Carolina. I ended up winning a contest to sing with Keith Urban in Raleigh where we had to call into the local radio station and audition singing the Miranda part to the ‘We Were Us’ song. So I got to go up and sing that in front of 20,000 people and one thing kinda led to another. I met my first manager, who happened to be there and that just kinda made it a reality.”

CSC: Since we’re Celeb Secrets, can you tell us like a behind the scenes secret with your single ‘Babies’ that fans wouldn’t know just by listening to the song?

KT: “Oh man. I’m such an open book. I wrote it last August.  That’s what people don’t know. I was in Nashville at Gary’s house. He has a studio and he does a lot of production. The only thing thing I can really drink before I go on stage is a vodka Red Bull. If I want a drink at all before I play, that’s the only thing I can drink because I feel like everything else kind of makes you a little tired and I’ll forget lyrics, but the Red Bull keeps you up.” 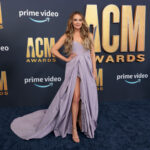 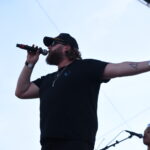