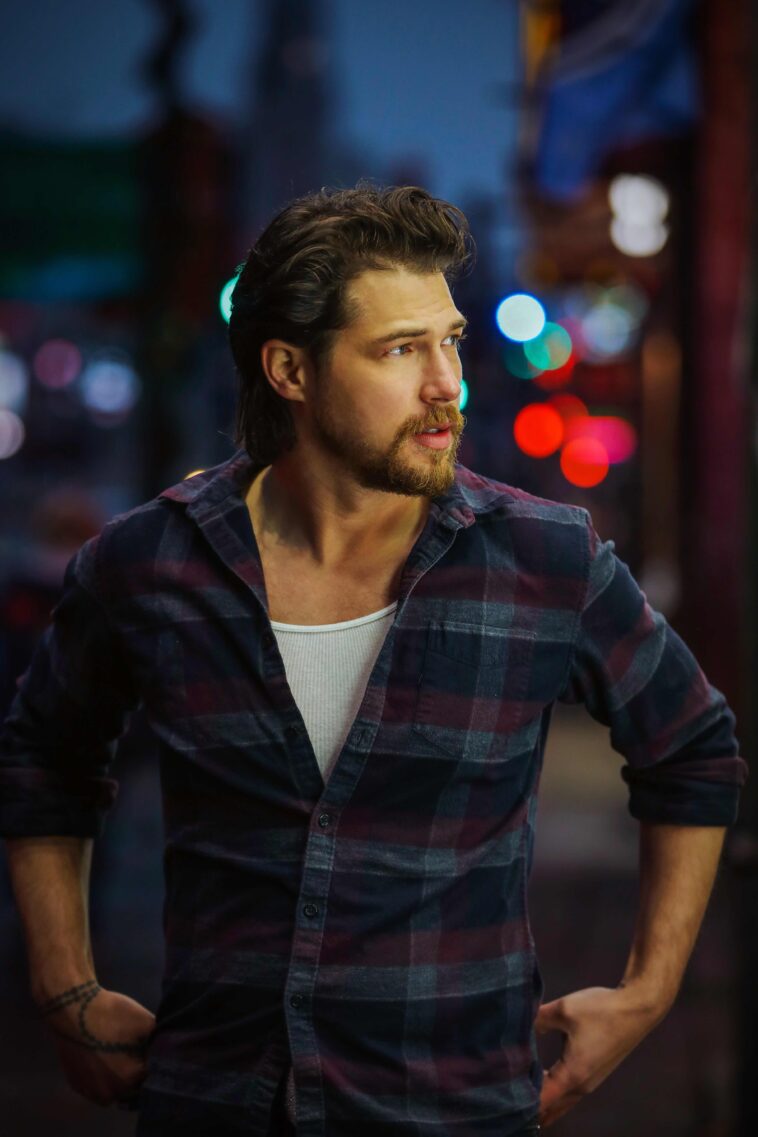 Country music newcomer Nate Barnes has always had a love for music and storytelling. In a small town of Michigan, the rising star is known for playing coffee shops, small venues, bars, and festivals; but when he wasn’t messing around with his acoustic guitar and listening to his music icons, Barnes would be seen grinding as a nuclear power plant worker. However, it wasn’t until 2020 when the world heard his remarkable pipes and fell in love with his deep country sound.

Shortly after, the breakthrough artist received a record deal and released his debut single “You Ain’t Pretty.” The overnight sensation earned over 14 million TikTok streams and half a million lyric video views for his honest love song.

“It’s been a lifelong dream to be able to do this and be at this moment,” says Barnes in an exclusive Celeb Secrets Country interview during CRS 2021 back in February. “A year and a half ago, I was up in Michigan working at a nuclear power plant… I got picked out of that and got this amazing opportunity to move to Nashville. Now, I get to be sitting in these rooms with Jason Sellers and Jimmy Yeary, and all these amazing songwriters and talents. But it is like ‘what the heck is happening?’ being in the room is so humbling and I love it.”

The masterpiece that was carefully crafted by a group of mega-talented musicians, is about lifting and building people up. “We really felt like in this time and people in general needed to hear this song. It’s such an uplifting track and with all the social media, magazines, movies, all these things that tell you that ‘you’re not good enough,’ ‘if you don’t look like this, you’re ugly,’ or if ‘you don’t have this, you’re not enough.’ So many people struggle with that throughout their life. We want to cut all that crap out, get down to the basics and build that inner beauty,” says the fresh face of country.

While Nate Barnes might be new to the scene, the dynamic vocalist is coming in hot with hard-hitting messages that many artists don’t touch upon on Music Row. His authenticity and extraordinary backstory is what set’s Barnes apart.

With that being said, Celeb Secrets Country sat down (virtually) with Nate to chat about his debut single “You Ain’t Pretty.” Throughout the exclusive interview, the new country heartthrob shares his inspiration behind the lyrics, all about his touching music video with Jennifer Wayne from the country trio Runaway June, his idea of a “perfect date,” and he even spills the tea on his recent release “Right About Me.”

Celeb Secrets Country: Who is Nate Barnes? Could you tell us about yourself?

Nate Barnes: “Well, I’m just a simple guy from a little town called South Haven in Michigan. I grew up around blueberry farms, cornfields, and right on the lake. I was a nuclear plant worker for a lot of years and I worked in blueberry farms as well. I just had a dream to play music and to sing songs for people my whole life.”

Nate Barnes: “I grew up listening to country music, but it was when I was 21-years-old when I knew I wanted to be part of the country music community. It was through a dear friend of mine, Dennis Hartman – he’s a blueberry up there. We would sit and talk for hours and hours for four years and talk about country music and songs. The way he reintroduces country music, it was like I’ve heard it for the first time. At that moment it was like I’ve been missing this my whole life and I was like ‘I know what I want to do genre-wise.’ Personally, I was searching for the truth in my life at that time and country music tells the truth. It made me realize that I wanted to be a part of that – tell them the truth and I knew I had had to be part of country music.”

CSC: Which artists do you look towards for music inspiration?

CSC: Your single “You Ain’t Pretty” just hit Country Radio, how are you feeling?

NB: “Very humbled and excited. It’s been a lifelong dream to be able to do this and be at this moment. It’s just very overwhelming in all the good ways.”

CSC: Can you tell us a little bit more about your track “You Ain’t Pretty”?

NB: “So, “You Ain’t Pretty” is really about building people up and not tearing them down. Jimmy Yeary, Jason Sellers, and I co-wrote this song. When we got done writing this song, we really felt like in this time and people in general needed to hear this song. It’s such an uplifting track and with all the social media, magazines, movies, all these things that tell you that ‘you’re not good enough,’ ‘if you don’t look like this, you’re ugly,’ or if ‘you don’t have this, you’re not enough.’ All these things and so many people struggle with that throughout their life. We want to cut all that crap out, get down to the basics and build that inner beauty. So, I couldn’t be more proud and honored to be a part of something like this.”

CSC: How do you usually build up your loved one?

NB: “One thing is just let them be them and always just give them compliments. Man, I love complimenting them… laughing, keeping things light, opening doors, giving flowers. I love giving flowers and cards. Just small things – ‘ hey, let’s go to the lake today,’ ‘ let’s go outside,’ ‘Let’s look at the stars,’; let’s go for a walk.’ Just being there, even during the hard time. Just being kind to them and loving them and telling them that ‘I’m there,’ and it’s ‘going to be okay.’”

CSC: What was it like to work with a chart-topping team on “You Ain’t Pretty”?

NB: “I mean, just being in the room was just unbelievable. Like a year and a half ago, I was up in Michigan working at a nuclear power plant… I got picked out of that and got this amazing opportunity to move to Nashville. Now, I get to be sitting in these rooms with Jason Sellers and Jimmy Years, and all these just amazing songwriters and talents. But it is like ‘what the heck is happening?’ And I’m learning a lot from them, just being in the room is so humbling and I love it.”

CSC: What is one thing you have learned since you moved to Nashville about the country music scene?

NB: “That’s a good question, I’ve learned so much! It just reminds me to always follow your heart, It will never steer you wrong.”

CSC: Would you say “You Ain’t Pretty” was an easy or hard song to write?

NB: “I don’t know if it was easy or hard. I just think it was a lot of fun to write. Jimmy Yearys was the one that came with the idea and it just sparked this whole thing and it just did itself almost. When we got done, we looked at each other and we were like ‘oh my god, what is happening?’ So yeah, it was a lot of fun!”

CSC: What was your favorite memory while writing?

NB: “When we got done with it, we were in Sony Music in Nashville and we were sitting in the room and we all looked at each other and we were like ‘Oh my gosh’ and Jimmy said,’ we got to play this for somebody.’ So, out of nowhere he gets up and starts walking around Sony and grabbing people out of offices to come to hear the song. So, we had this little group and we played the song and people started crying. We got done singing and a gentleman out of nowhere says ‘we got to pray over this song.’ Here I am in Sony Music, like not that long ago I was up in Michigan working on a nuclear power plant, and just to be sitting in Sony Music with these guys was just unbelievable. It was like ‘what is happening in my life,’ it was an awesome moment.”

CSC: “You Ain’t Pretty” did so well on social media and streaming platforms even before it hit Country Radio, did you ever expect the song to blow up like this and do so well?

NB: “I didn’t know what to expect, it’s my first time ever doing this. I just think it’s a cool thing that people reacting the way they are and they are connecting to this song. All these comments that I get from people saying ‘Man, I needed to hear this song so bad,’ stuff like that! Or even my mom heard this song and she called me bawling. At first, she didn’t say anything, and then about a week later, she called me in tears and said ‘you have no idea what this means to me to hear this.’ So, it’s just pretty neat to be a part of that.”

CSC: Could you tell us about the music video for “You Ain’t Pretty”?

NB: “Well, I’m sure you see that the leading role is Jennifer Wayne and she brought that video to life. It was so much fun to have her there with us that day. This was my first music video ever doing anything like this. So, just the whole experience was so much fun and exciting. Seeing how it all happens and how it all came out. I couldn’t be more happy and proud to be a part of it.”

CSC: Tell us a little bit more about the collaboration with Jennifer Wayne?

NB: “We met on a flight to Talladega to go to a NASCAR race. So, the group that we were hanging out with, we just hit it off and became friends! When this music video came about, we couldn’t think of anybody other than Jennifer to be the part. Thank god she said year!”

CSC: The music video shows a beautiful date between you and Jennifer. So, what does a “perfect date” look like to you?

NB: “Well, I would say probably some dinner then some slow dancing down Broadway. Then probably to go out and get some swirl ice cream. I love ice cream swirls. And maybe go for a night ride with me and my dog Nash in the truck and then after that maybe some Netflix and relax.”

CSC: Since we are Celeb Secrets Country, do you have any secret projects in the pipeline right now?

NB: “We have a new song that’s coming out, it’s called “Right About Me” and it’s about a roughneck guy, who likes this girl and everybody thinks that “this guy” is too crazy for her and everybody was right! But, no one believed that this girl was going to fall in love with this guy, but she did. It’s going to be a good one!” 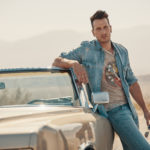 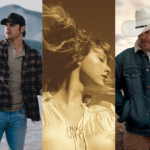