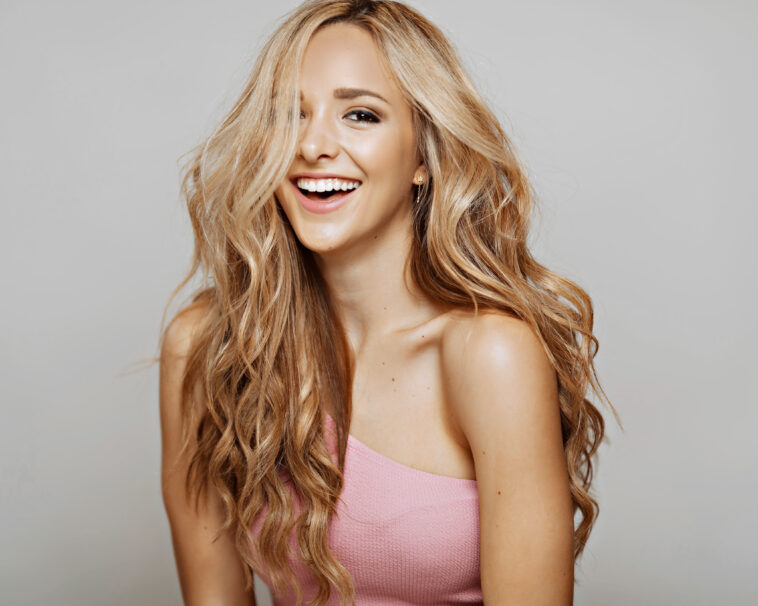 Amanda Cooksey is a country music singer/songwriter who, early on in her career, caught the eyes of international pop sensation Louis Tomlinson, courtesy of a video she posted on YouTube of herself singing a cover of one of his songs.

Cooksey, a Florida native, has always had a love for music and began writing songs at the age of twelve. Releasing original singles over time, the country songstress grabbed Radio Disney Country’s attention, who later awarded her song “Yo Mama” on “Let The Girls Play” as song of the week, which has racked over 100K streams to date.

Now, gearing up to release new music throughout the rest of 2020, Amanda talks to us about her current single “What’s His Name?,” how she reacted to feedback from Louis Tomlinson on her rendition of his song “Just Like You” and what she’s been doing to keep herself busy during quarantine.

Three truths and a lie. 1. I have a single ready to release. 2. Mac Miller is the last artist I listened to on Spotify. 3. I had ravioli for dinner tonight. 4. The first Deadpool movie is better than Deadpool 2. Take your guesses 🙃

Highlighting a messy breakup, “What’s His Name?” pokes fun at forgetting your ex-boyfriend through clever lyrics and melodies that are sure to be stuck in your head after just one listen.

“I wrote it last year after a really bad breakup that I had — I ended up breaking up with my best friend — and it was a really hard time for me. My cowriters and I sat down to write it and it kind of just poured out. We wanted to do something fun that could make people going through breakups feel a little bit better for a little while and just spend time with their friends and forget their troubles for a while,” Amanda tells CS Country. “I really love the song and feel passionate about it, and it’s the first of many to come of this new style that I’m working on.”

Keep scrolling to read our full Q&A with Amanda, and don’t forget to let us know what you think of “What’s His Name” by either leaving a reaction at the bottom of the post or by sending us a tweet at @CS_Country.

Celeb Secrets Country: Tell us about your single “What’s His Name?”

Amanda Cooksey: “I have been waiting to release this one for a year now. I wrote it last year after a really bad breakup that I had — I ended up breaking up with my best friend — and it was a really hard time for me. My cowriters and I sat down to write it and it kind of just poured out. We wanted to do something fun that could make people going through breakups feel a little bit better for a little while and just spend time with their friends and forget their troubles for a while. I really love the song and feel passionate about it, and it’s the first of many to come of this new style that I’m working on.”

CSC: What was it like in the writing room that day? Any behind the scenes stories you can share with us?

AC: “It was definitely a mix of feelings because I had just- like a month or two before – gotten out of this relationship, so it was kind of bittersweet. In the room we were all just kind of vibing on the title and having a good time, and [my cowriters] made me feel a lot better that day considering all that I had been through; they were just really supportive. We just wanted to write something fun and that’s what we did.”

CSC: You covered Louis Tomlinson’s song “Just Like You” and caught the attention of Tomlinson himself as well as Glamour Magazine. Were you surprised by that recognition?

AC: “Yeah, I had no idea that I was actually going to see Louis respond to my video. It was surreal because One Direction, I had always been a big fan of them growing up, so seeing Louis talking about my cover was crazy. He was always one of my favorites in the band-I think he’s hilarious-so it was a big moment for me as a Directioner.”

CSC: You have a lot of fun music videos for your previous singles. Do you have any plans to release a video for this single, “What’s His Name?”

AC: “I am releasing a mini music video; I’ve been premiering clips of it on my Instagram but it’s just going to be something fun that I put together with one of my good friends. We just wanted to have fun and make, kind of, question marks which is the main focus of the video since that’s what ‘What’s His Name’ is all about…finding out what his name is. We also wanted to do something happy and bright and showcase my personality and I feel like this music video does that.”

Thank you guys for streaming “What’s His Name?”! Don’t forget to add it to one of your playlists or stream it on Next From Nashville or Fresh Finds Country❤️ More news to come! Also, have you seen the lyric video yet? Link in bio👀 What are your weekend plans? I’ll probs be watching horror movies👻

CSC: What can you tell us about any upcoming music for the rest of 2020?

AC: “I do have new music that’s going to be coming out. I don’t want to say too much because it’s kind of a surprise, but there are going to be a bunch of singles coming out this year and in the beginning of 2021.”

CSC: Can you tell us about Manda’s Musical Hope and the inspiration to create your own 501c3?

AC: “So I’ve had a lot of people in my life affected by cancer; one in particular person was my piano/vocal instructor Ron Feldman. Before I moved to Nashville he unfortunately passed away from brain cancer and it was definitely not an easy experience for me to go through, especially because I saw him get sicker and sicker as he continued to teach up until he couldn’t anymore because it was his passion. I wanted to do something to help cancer organizations raise money and awareness so I started Manda’s Musical Hope in hopes of giving that money to these organizations and hopefully make a difference because cancer is such a terrible thing. I have many family members who have had cancer as well, like my uncle, so it just seemed like a no brainer to create an organization that would make a difference.”

CSC: How have you been staying busy and connected to your fans during Quarantine?

AC: “I feel like it’s honestly been non-stop, even through Quarantine. It’s been hard because not being able to perform has been difficult, but I try to do Facebook lives here and there when I can and I’ve been really focused on preparing for the new music that’s going to come out and making sure I have lyric videos, music videos, and all of the fun content for fans. I’m just really excited to get to release new music and I’m looking forward to showing it to everybody.”

CSC: Since we’re Celeb Secrets, what’s a fun or interesting fact fans may not know about you?

AC: “Man, I’m pretty transparent and real with people on my Instagram so it’s hard to think of something that people wouldn’t know. I think one of the big things is that I’m like, secretly kind of a nerd. I love Marvel, comic books, and video games and I especially love watching horror movies-I’m a big horror movie buff. That’s something interesting about me that people don’t normally expect.” 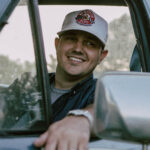 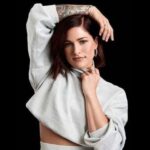