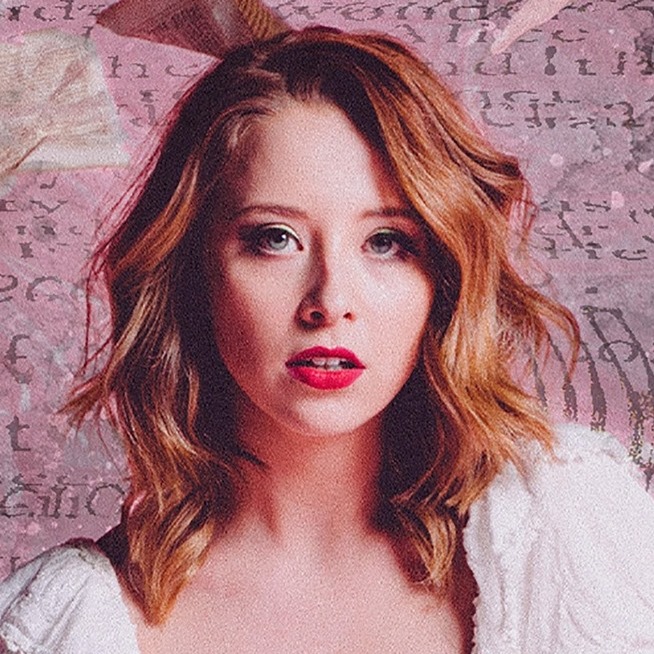 Kalie Shorr is letting it all out on her very first ever full length album Open Book.

The book theme is seen throughout the moody project with 13 songs that are meant to resemble chapters in her life. With titles like “Gatsby” and “Alice in Wonderland,” you can’t help but appreciate all of the Easter Eggs the 25-year-old singer put in there for her most loyal fans.

But things weren’t always so upbeat for Shorr. Over the course of roughly two years, the “Awake” singer went through a breakup that she describes as “crazy” and lost her sister to a heroin overdose.

“I thought I knew what the record was going to be and my life kind of took this turn,” Shorr says to Celeb Secrets Country, “And it shaped the album in a way I didn’t see it going, meaning that I leaned into some of the darker, moodier themes. That was just the season of life I was in and I decided to just be super transparent about it and not hide anything.”

We sit down with the Portland, Maine native at the swanky Mondrian Park Hotel in New York City to talk about the vulnerability that comes with being such an “open book,” how the “family” project came together so naturally and what’s next for 2020.

You can listen to Open Book here and make sure to let us know what you think of Kalie’s music by either leaving a reaction at the bottom of the post or by sending us a tweet at @CS_Country.

Celeb Secrets Country: Can you talk to us more about your first full-length album “Open Book?”

Kalie Shorr: “I started working on this album immediately after my EP Awake came out last year. I thought I knew what the record was going to be and my life kind of took this turn. I had a really crazy breakup happen and then I lost my sister, so it shaped the album in a way I didn’t see it going, meaning that I leaned into some of the darker, moodier themes. That was just the season of life I was in and decided to just be super transparent about it and not hide anything.

I always say I love country music because it’s honest and it bares the truth, but I found myself holding back on things because I was scared to say them. So I feel if you’re scared to say something it means you’re supposed to say it because we are a little scared of what we know we can do and what we have in us in a good way. I think life sort of backed me in a corner with covering these topics, but I’m so proud of it. It’s really authentic and honest, and it feels very cathartic to have these songs out in the world now and hear other peoples experiences because it makes me feel a lot less alone now. Everybody’s had their heart broken you know?”

CSC: And the title fits perfectly.

KS: “It came together so naturally. There’s a line in a song too, which is the intro track, and it says, ‘I’m an open book with an open ending.’ So that’s where that came from. But then I have songs on there called ‘Gatsby’ and ‘Alice in Wonderland’ and there’s all these literary themes. When we put the album together we did it where it has 13 chapters, and sort of went into it with the book nerd sort of outlook and then it just came together perfectly.”

CSC: What we like about your music is that there is no specific genre to it. How do you go about that when you’re making it?

KS: “I just pull from so much. I grew up listening to Dixie Chicks, Michelle Branch and Avril Lavigne; I loved Alanis Morrissett and I feel like you can hear a lot of that in the project. I just think good music is good music and that’s what I’m out here trying to make. It sounds just like a combination of everything I’ve ever listened to. I just think it’s lyrical based music that pulls from a lot of different influences sonically and lands more in country. I think that genre is not nearly as important as it used to be because we’re kind of the generation of playlists. Our parents would listen to one radio station and their town might only have two or three. You’re getting all your music from there and it’s very in one line. I grew up with Lil Wayne next to gospel songs next to the Dixie Chicks, so you definitely feel that bleeding into the album.”

CSC: We know you really take pride working with your friends and other women in Nashville so talk to us about who you worked with.

KS: “Two of my main collaborators are two of my best friends, Savannah Keyes and Candi Carpenter. I think with writing songs this personal, it was so helpful to have them be apart of it because I could go there and feel safe in that room and it wasn’t like I was in the room with some scary person I had never met before. It’s hard to get to that place, so some of the most personal songs on the album, Candi and I wrote on my living room floor.

Savannah and I wrote ‘The One’ ten hours after my breakup because I had a session scheduled with her and my producer Skip and they’re like, ‘What’s new?’ And I’m like, ‘Well…uhhh…’

It was such a blessing to have that be on my schedule the next day. To be able to process that with my friends and to be able to write about those things with them because they knew and they were watching it. They even had a different perspective because they were seeing how I was handling it, you know when you’re too close to the situation yourself?

Especially with ‘Gatsby.’ I wrote that with Candi and my producer Skip and it was funny because I would be like, ‘Let’s write a song about my unhealthy coping mechanisms.’ And Candi would be like ‘Okay well this…’ That’s something you can do with your friends and it’s just fun. Natalie Stovall played fiddle on ‘Gatsby,’ Stevie Woodward who’s an amazing artist who plays Song Suffragettes, played harmonica on ‘Too Much To Say,’ so it was an ‘all in the family’ project. My live band played on it and I played a lot of the guitars myself too so that was really fun. It was just like a bunch of friends making music, what a concept!”

CSC: Is there something that you’re most proud of that people haven’t heard? Like “This is Kalie Shorr and this is what I want you to listen to?”

KS: “I would probably say ‘F U Forever’ because it’s just all out there and that seems to be one of the favorite songs on the project. The song gives you a good peak into my sonic influences because it’s like you hear all of the influences in that one song.”

CSC: On a lighter note, your Tweets are hilarious! How’s Twitter been? Have you had any go viral recently?

KS: “Do you follow instasingle on Instagram? They have like 500 million followers and they repost my tweets all the time. I literally didn’t know that this is what I’d be known for but every interview I’ve done they’re like, ‘So your twitter…’

The period between the project where I was working on the album but not really playing a lot of shows I was kind of secretly doing stand up comedy and open mics. I think it’s so important to have good dialogue with people when you’re on stage and I feel like that’s a great way to do it. When you’re on stage as a singer and you’re kind of funny, people will still laugh but if you’re kind of funny on an open mic night then no, you need to be hilarious. I know Steve Martin has done it but I don’t think a woman has and I want to be the first female to do stand up and play the Grand Ole Opry. I’m already half way there.

But with Twitter, I had this guy who slid into my DMs the other day and he was like, ‘Wow I just thought you were a hot girl who’s kind of funny, but your music is really good.’ Whatever gets them to the music.” 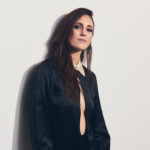 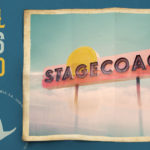