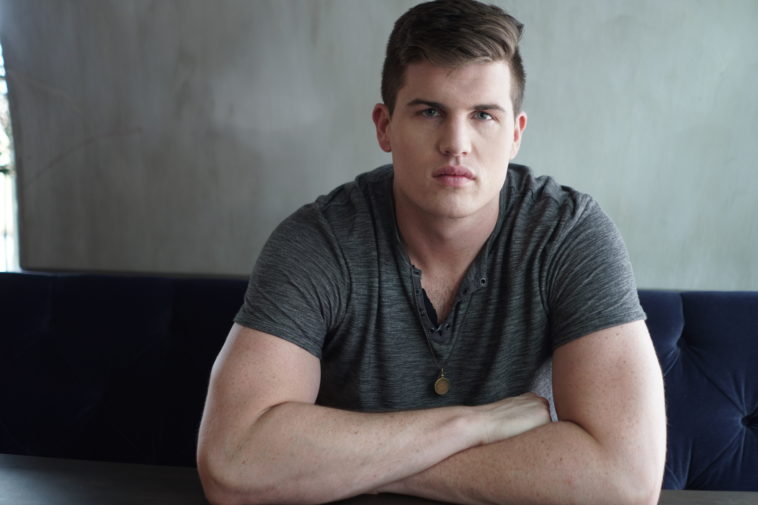 Up-and-comer Raleigh Keegan has had an unusual, yet beautiful road to country music. Born in prison and placed for adoption, Keegan was given an out of tune piano at age 8 and from there the rest was history.

In 2017, the singer-songwriter gave up everything, including his house, to pay for his first record and move to Nashville. It seems as it’s all been worth it, as Keegan has been playing shows all over town while working with Ryan Gore (Thomas Rhett, Kacey Musgraves) on his upcoming record.

Celeb Secrets Country sat down with Keegan to hear more about his unique upbringing, perseverance, the amusing story behind his single “Don’t Take Time,” as well as plans for new music.

CSC: Let start off with the early years. Life started very unique for you, can you talk about that?

RK: “I was born in a prison and my mom was there for there drug dealing and using. She was in there while she had me and I was adopted a couple days after I was born. I had awesome parents. They raised me about 15 minutes north of Cincinnati and I had an awesome life. They got me my first piano. I have a song coming out that’s going tell the story and hopefully we’ll get it recorded soon. They’ve just been amazing parents and loved me and gave me every opportunity. I was in everything you could imagine. I was an Eagle Scout and picture someone who is the worst Eagle Scout you could imagine. That’s me. How did I get there? I don’t know. Mom basically forced me through it. I was on the swim team and everything like that. They were just really sweet.”

CSC: Do you have siblings?

CS: You started working out in the 5th grade because your brother picked on you?

RK: “I was on the swim team and I was always what my mom called ‘big boned.’ But I would call it, ‘I just ate a bunch of McDonald’s,’ so my mom was always funny about it. I was like, ‘mom just call it what it is. I want more burgers. Feed me.’ So in 5th grade, my brother would just pick on me to death and I got tired of it so I’d be running around my neighborhood and made my own diet in 5th grade. I was strange, but I’ve always been that way. When I set my mind to something, I’m kind of all in. It’s in my blood. I get obsessed with things. So I didn’t have a sweet, not one dessert, from 8th grade through senior year. Not one. I made up for it later, believe me, but that’s just to give you a glimpse of my personality. It’s obsessive.”

CSC: So that motivated you to keep going through college and you became a college football player?

RK: “I was in a football player’s body with a musician’s mind. Trapped. So in high school, I was the first chair in the state of Ohio for jazz trombone which is really funny because I played football in college but that was basically to pay the bills for a scholarship. So I just made it all the way through college playing, and after practice I would go to the piano by myself and play and write really bad songs. I would just kind of work on writing and playing. I did that all through college.”

CSC: Talk about teaching yourself piano and guitar.

RK: “Piano was when I was a kid. My parents drove to Michigan and got a piano for free somehow. We drove it back in a minivan and basically we learned on an out of tune piano. It’s still out of tune and I still play it every time I go home. Apparently it’s untunable. So I took a couple years of lessons when I was a kid and basically I learned theory through jazz, like the theory of music, and transferred what I learned from that onto the piano. I would say I definitely taught myself piano. Then when you learn theory, it’s not that hard to transfer it to other instruments if you can pick up the skills of it. So in a year or so, I learned the basics of guitar. I feel like I’m finally getting comfortable on the guitar where I don’t think I was for a very long time.”

CSC: Your single ‘Don’t Take Time‘ came out in April and it’s doing incredible things. What made you pick that particular song as your single?

RK: “Number one, I love it. Number 2, I think it was always in my head. The part that goes, ‘when you’re high, you’re high. When you’re low, you’re low,’ it wouldn’t get out of my freaking head. So I was like, ‘this is annoying. Maybe I should use that!’ There was something about it, it was really catchy to me. And then the story behind it is a real and interesting story. It’s about how my wife and I met. I was dating a girl for 4 years at the time and I saw my wife, her name is Shelby, and I saw her in this room for the first time and I talking to the girl I was dating for 4 years. Picture being so close to someone that you’ve dated for 4 years but you see this girl across the room for the first time and you’re like, “oh no. There’s something about that girl.” And then 10 months later I was engaged to that girl, Shelby. So some good things ‘Don’t Take Time.’ But it’s funny, some good things really don’t take time because the girl I broke up with ended up marrying my roommate. And they got married before Shelby and I did. Isn’t that hilarious? At first it was rough because we had dated for 4 years and had the same friends so one week after I broke up with her, we were in the same wedding and I was the best man and she was the maid of honor. We had to walk down the aisle together after one week of breaking up our 4 year relationship. We were that last ones to walk down. Right before we had to go I said, “this is awkward, isn’t it?” and she laughed. We’re cool now. She’s happy, I’m happy. We still share those friends but I don’t think we’re ever going to be double dating or anything like that.”

CS: You’re working with Grammy award-winning producer, Ryan Gore, who has worked with Thomas Rhett and Kacey Musgraves to name a few. How did that relationship come about?

RK: “My manager had known him for a long time and I went over there to see if we would have a good working relationship. I played some songs and we immediately were like, ‘we’re bros.’ We really made this music together and he is an interesting guy because he has been insanely successful but he knows how to bring the best out of the individual artist. I guess that’s what a good producer does. They don’t make everything sound the same as another artist. They take the artist’s strengths and basically he let me make the music with him, which is rare for a really successful producer. It’s been an amazing experience. And he’s shown me my favorite Netflix shows. Which is ‘Schitt’s Creek,’ but I’ve been trying to get him on ‘Sons of Anarchy.'”

CSC: Let’s talk about the new album. When can we expect that to be released?

RK: ‘We’re going to release a couple more songs off of it and then I think it will be in October when we get the full deal.”

CSC: Since we’re Celeb Secrets, can you tell us a secret about the making of the album that fans wouldn’t know just by listening to it?

RK: ‘I played the keys on most all of it. I wrote all the songs. And here’s a secret about something new; I’ve written both songs that tell my birth mother’s story and my birth father’s story, and my thoughts about them. And those, my friend, I am excited to get out. Those are some stories. They won’t be on the EP but I’m recording them soon.” 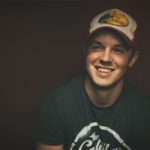 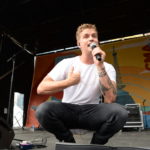