Directed by award-winning documentary filmmaker Chai Vasarhelyi and world-renowned photographer and mountaineer Jimmy Chin (“Meru”), the film ascended the box office charts last month in its opening weekend earning the highest per screen average for a documentary of all time. “Free Solo” originally premiered at the Telluride Film Festival and has since won Audience Choice awards at the Toronto Film Festival and Mill Valley Film Festivals and has been nominated for Critics Choice Documentary Awards, IDA and Cinema Eye Honors.

When “Free Solo” premiered, McGraw said, “There are few people who pursue their passion with the fearlessness of Alex Honnold. It’s both terrifying and exhilarating to be on that journey with him when you watch ‘Free Solo.’ Lori McKenna and I wanted the lyric of ‘Gravity’ to be a reminder that fear is a battle fought on a variety of planes, from mental to spiritual to physical. We tend to think ‘fearlessness’ is synonymous with big bold gestures, but there’s also a fragility inherent in risk — and we wanted that to come through. In the studio, Byron Gallimore and I wanted a track that sonically resonated with Marco Beltrami’s score and felt as big as El Capitan.”

Described by critics as a “visually stunning documentary that sets itself apart by intimately probing the psyche of one of the world’s most interesting athletes,” and “one of the most arresting documentaries of the year” “Free Solo” is an intimate, and unflinching portrait of free soloist climber Alex Honnold, as he prepares to achieve his lifelong dream of climbing the face of the world’s most famous rock – the 3,200-foot El Capitan in Yosemite National Park – without a rope.

The film, which is in theaters now, is an edge-of-your seat thriller and an inspiring portrait of an athlete who challenges both his body and his beliefs on a quest to triumph over the impossible, revealing the personal toll of excellence.

“Gravity” follows on the heels of McGraw’s current single, “Neon Church,” which was released to country radio on Oct. 4. 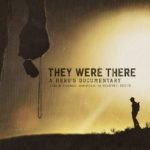 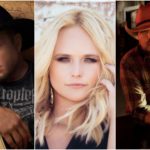