It’s been a busy year so far for Drew Baldridge, and by the sounds of it, he isn’t stopping anytime soon. Between promoting his single, Gentle Man, and raising money for a new charity each month with W.E.R.D, Baldridge plans to take 2018 by storm in different aspects of his life.

Fortunately, Drew took some time to sit down with CS Country at the 8th Annual Music City Gives Back Concert to talk about everything from CMA Fest memories, to what what being a gentleman means to him, and so much more!

Check out our full interview with Drew Baldridge, and make sure you head over to drewbaldridgemusic.com to get tour dates, updates with W.E.R.D and more!

CS Country: Do you have a memory from the last couple of years that sticks out in your brain of CMA Fest?

Drew Baldridge: Well… one of my biggest memories is sitting in the back and watching Rodney Atkins, Dustin Lynch play this show [Music City Gives Back Benefit Concert], because for me it was always best to go down on Monday night because it wasn’t crazy, and I would come down here [Nashville] and I would stand in the back and I would watch these guys, and just watch the production that was there, and watch the crowds reaction to all these people’s songs, and I would just dream of that. Now, were playing this event, and it’s just really cool and it’s really humbling at the same time because everybody in Nashville, and everybody that’s here doing signings, we all just had a dream, and there’s kids that come up when you’re signing stuff and they have a guitar. They’re gonna someday remember that YOU signed their guitar, and maybe they’re gonna be here playing this stage.. it just gives me goosebumps.

CS Country: What about this particular event made you want to be a part of it?

Drew Baldridge: Well, I have my own charity that we just started called W.E.R.D, which is Drew backwards, and it stands for ‘When Encouraged Rejoice Daily’. Every month, we sell t-shirts at our shows and also online… and they all go to charity, and every month we have a different charity. This month is actually W.O. Smith Music School, so it’s just perfect that they’re both the same charity, so all of our shirt money is going to them. Music education is so important, and when I was in high school, my school didn’t have music, we were too small. If I would have had music, I would have been a better musician… I bet I would have moved to town with more music smarts. I had to learn so much when I came here… people like these kids get all these people coming to teach them, and it’s cheap, it’s almost free to do it, I just think it’s awesome.

CS Country: So let’s talk about your new single, Gentle Man. You’ve evolved so much as far as writing, what about this song made you gravitate towards releasing it as a single?

Drew Baldridge: It’s really just who I am. I’m not the partier guy… I don’t drink, I never have. I love my girlfriend, and I was raised up to be a gentle man. We did this whole session of videos on my facebook, of where I went home and interviewed my grandpa, my mom, my dad, my brother on what they think a gentleman is, and it’s exactly who I am. I was around ‘treat women with respect’, and it’s not so much always opening the door and treating them right, but also treating them with respect. This song is just the sound that I wanted, when I heard it, it was exactly the sound I predicted it was, and the exact chord structure I had going through my head the whole time. I had the idea for so long. In my little town of Patoka, IN, every guy around me was raised up to be tough. I mean, all guys are normally. We’re raised up to work hard, and be the provider. But, when you find that person or your family… we’re big softies. You just love your family… that’s what this song is about. Just treating people, treating your woman with respect, being a softy, and being a strong guy on the weekends… but when you come home your family is what really brings you to be a gentle man.

CS Country: What do you have going on for the rest of the year?

Drew Baldridge: We’re just out playing tons of fairs and festivals all over the country. From Washington to Virginia, we’re out playing shows all summer long. 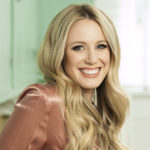 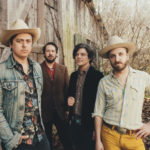