Stephanie Quayle just dropped the music video for her new single “Selfish” and we absolutely love the message it portrays!

Directed by Jeff Johnson (Carrie Underwood/Cole Swindell/Chris Young), the concept behind the video was to strip away all of glitz and glam to reveal a more intimate, softer side  Quayle to her fans. The music speaks entirely for itself.

“This video concept is simple — think back to the white T-shirt and jeans style of GAP and Calvin Klein,” describes Quayle. “The lyrics of this song say it all so we wanted to capture their raw vulnerability on screen without having a literal visual representation.”

“Selfish” has been showing early signs of success, climbing to New and Active on the Billboard Monitored chart and Top 40 on the Billboard Indicator chart. The single has been researching at a 74 out of 84 max (Soundout/Entercomm) and has been enjoying early airplay support in markets throughout New York, Massachusetts, North Carolina, Louisiana and Texas, to name a few.

Check out the music video for “Selfish” below: 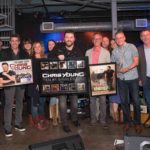 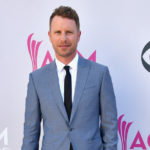