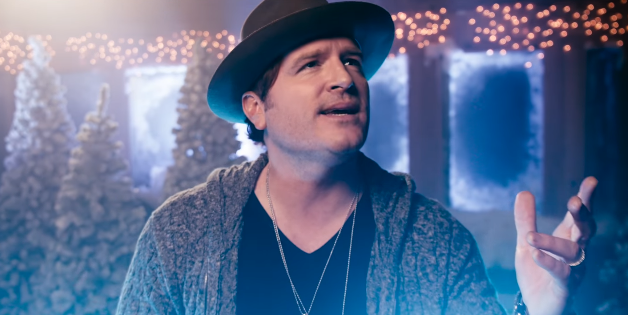 Curb Records is getting us into the holiday spirit this year with a special compilation EP called Winter Wonderland and not gonna lie, we love every song on it.

Featuring our favorite Curb artists — from Dylan Scott and Jerrod Niemann to Love and Theft and American Young — the record has everything you need for a perfect Christmas.

CS Country is giving you a little taste of the EP, with nine music videos that will for sure get you hyped for Christmas.

You can stream Winter Wonderland EP on Napster here.

From is holiday EP Merry Christmas, Dylan Scott beautifully executed his own renditions of the Christmas classics “White Christmas” and “The Christmas Song.”

Contributing the title track to Curb Records multi-artist festive album Winter Wonderland, Niemann explores the snowy outdoors in the new music video. Surrounded by frosted fir trees and twinkling lights, the country singer gets into the jolly spirit by playfully chiming in on the well-loved lyrics in a bluesy 50s doo-wop rendition of “Winter Wonderland.”

Lee Brice has released a lovely rendition of the classic Christmas carol “O Holy Night” singing in front of frosted fir trees with a bright spotlight shining behind him. Brice and his wife Sara are celebrating their first Christmas with their newborn daughter Trulee Nanette. The father of two sons already, Trulee is his first daughter.

Mallary Hope’s new video for “Just A Baby” (Mary’s Song) is the only original song on our compilation. Sung from the viewpoint of Mary, the song is a reminder that Jesus came to the world the way we all do, as a tiny innocent baby. Christmas is about much more than gifts, decorations, and crowded shopping malls, and Mallary’s video will hopefully encourage people to slow down and understand just what it is we are celebrating at this time of year.

Rodney Atkins contribution to the Winter Wonderland EP is a new cover of “I’ll Be Home For Christmas.”

Songwriters Jon Stone and Kristy Osmunson make up the duo American Young. The self-described polar opposites have written hit songs for artists such as Kenny Chesney, Blake Shelton, Rascal Flatts and Joey + Rory. Their new video for “Baby It’s Cold Outside” will help get you in the Christmas spirit and features the two singing to each other by the window with a beautiful winter scene behind them.

While most country singers proudly represent for their Southern roots, Jackson Michelson is an artist who demonstrates that country is a sound that resonates all across the nation. Born and raised in the Pacific Northwest and later based in California, Michelson’s music speaks of rural life and working-class values, even if he was living a long way from Nashville. His rendition of “Let it Snow” is a fun lighthearted track with a poppy feel that features Jackson singing the classic while surrounded by Christmas trees.

Love & Theft is a country duo made up of Stephen Barker Liles and Eric Gunderson. Their debut single “Runaway” reached Top 10 on Billboard’s Hot Country chart and brought them national attention. Since then the group has had several hits including the Number 1 single, “Angel Eyes.” Their new video for “Silver Bells” is a simplistic yet elegant take on the old classic. 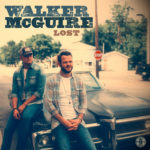 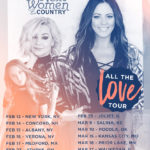